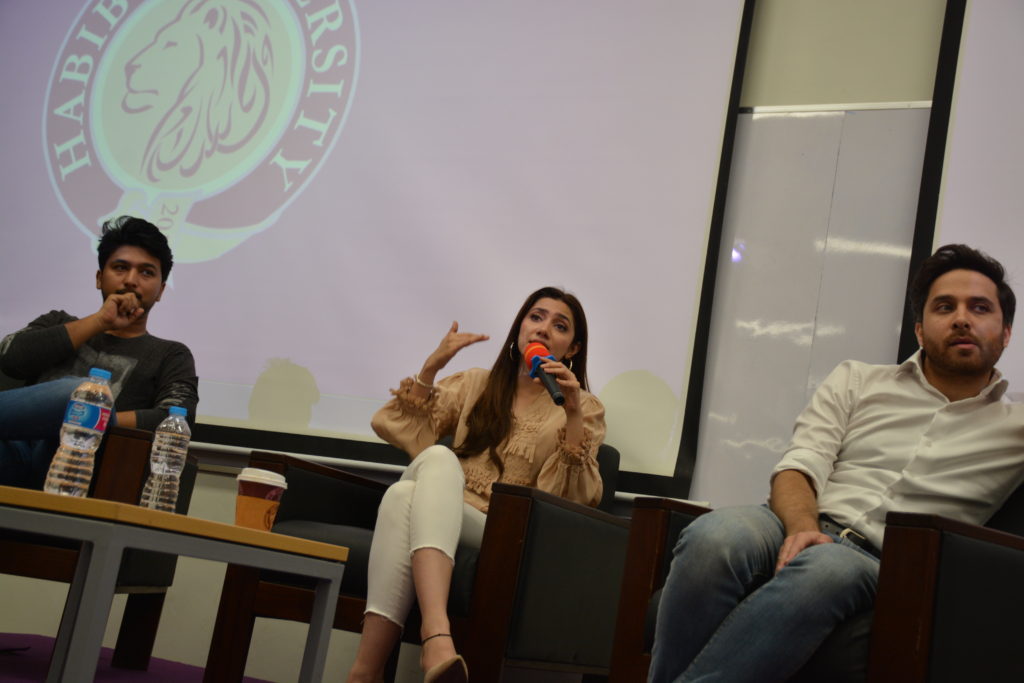 The cast of the the upcoming movie Verna recently visited Habib University for an interactive session with students. Habib University, the first liberal arts and sciences university in Pakistan, puts particular emphasis on combining academic learning with real world application. As such, the university encourages dialogue and interaction with diverse members of society.

The session started with an introduction by Habib University’s  Feminist Collective (HFEM) President, Sana, followed by the opening remarks from their faculty patron, Severine. The highlight of the event was the presence of superstar Mahira and other members of the cast of the upcoming film Verna. The film is relevant to the university’s mission to install tolerance and a sense of equality and justice amongst its students, addressing issues of gender equality and discrimination.

Verna is the story of a woman’s sexual violation, subsequent harassment and the unfair treatment meted out to her. Harassment is rampant in most societies  but we are aware of only the reported cases. Many people, regardless of social background, will not speak openly about these issues even if they have suffered through them. 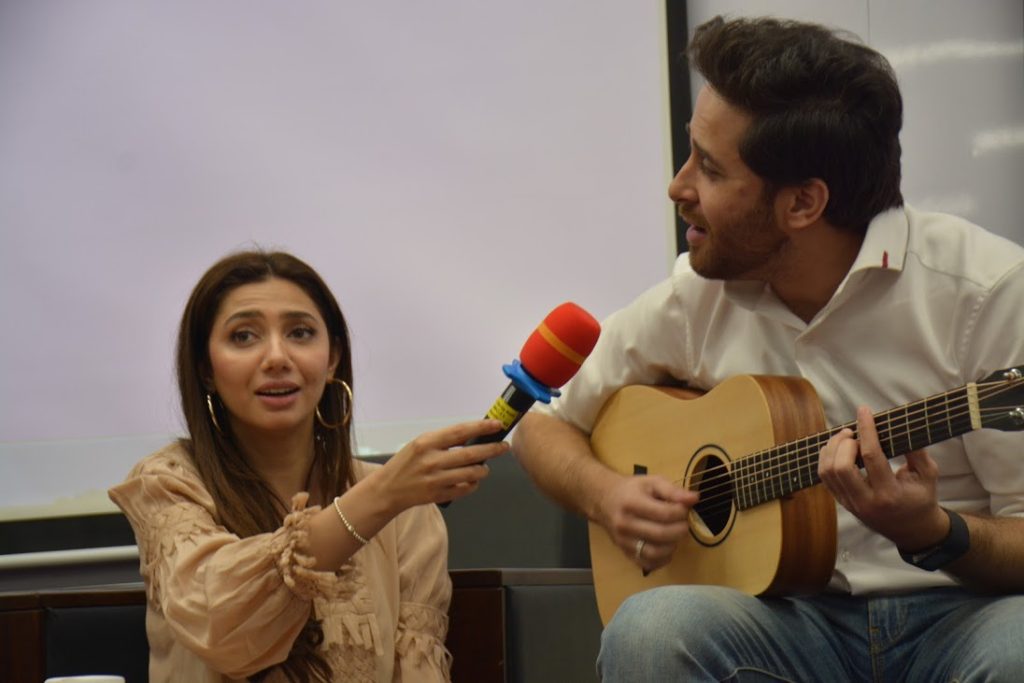 The film aims to create awareness and empower young women and men to speak up for their rights. The film’s story is about exactly this – the struggle of a victim to win justice. In an animated question and answer session, the cast were peppered with questions about how to deal with sexual harassment in the workplace, how to start conversations about “taboo” topics in Pakistani society, and whether music and film were actually helpful in starting conversations about such topics. The cast also performed a Punjabi rap verse from the film, which highlights how harassment is common for all genders in Pakistan.

It was suggested that while watching a film about issues does help spark conversation, songs are even more accessible in Pakistan. In fact, the students were asked to participate in a few lines of the song. The actors clearly felt that highlighting social issues in lyric, music and film will encourage more open discussion and debate.

The session ended with a note of thanks and many pictures were taking to mark this memorable event when superstars came to a school of higher learning.