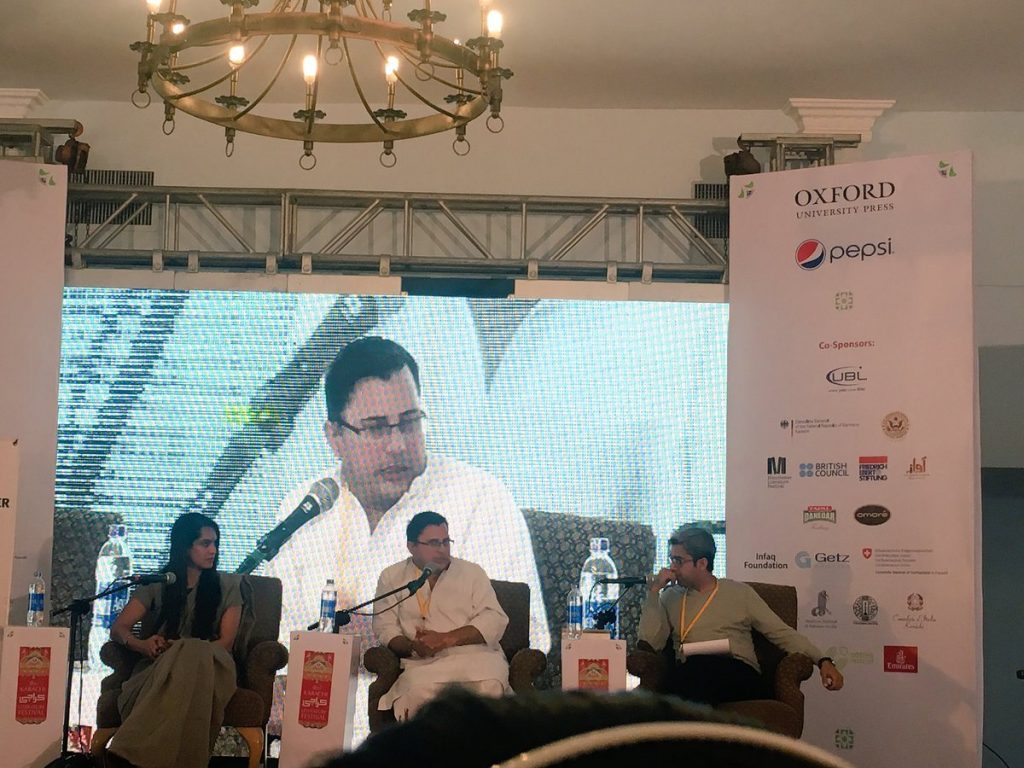 The launch of Omar Shahid Hamid’s book ‘The Party Worker” was one of the most packed sessions on the festival’s second day. The session was moderated by author of ‘The Shatter Here is Too Great,’ Bilal Tanweer and joining him on the panel was best-selling Indian author, Preeti Shenoy. Novelist Omar Shahid Hamid has served in Pakistan’s Intelligence Bureau for 14 years as well as in the Karachi Police as a senior counter-terrorism officer, so suffice it to say that everyone in the audience wanted to know about his unique insight into the inner workings of Karachi.

However, the session was completely and unapologetically  hijacked by Shenoy. The audience learned all about how she wrote her first ‘novel’ when she was eight, how she has bought obscure books from hidden charity shops in the mountains that no one else has read, how her readers have told her that she has changed their lives or how they identify with her characters. Then we learned more  about her facebook page and writing process. I suppose what we learned from Hamid was how to be accommodating. Shenoy simply fed into the stereotype about writers and their egos.

He did mangage to make a few discerning points. Hamid insisted that his books portrayed a realistic but absolutely watered down image of “the dark underbelly of Karachi.” He was aware that despite his efforts to soften the reality, some readers were jarred by his violent imagery. In his most recent book, he had explored what drives a human being to commit acts that would label him as morally destitute, as absolutely evil. He said that the research on this theme encompassed his entire career. He also added that despite this being his third novel, he will always see himself as a police officer and not a writer.

Overall,  the session was sorely disappointing in terms of how little the audience could glean from Hamid’s unparalleled insight into the dissonance of this vast city and to what highs and lows its inhabitants can go.