The role of the army in Pakistani politics has received much attention. However, the army…

“The government has no involvement in the Fauji Foundation” - Brigadier (retd) Syed Mujtaba, Secretary…

The media in Pakistan has never been freer, and conditions to practice journalism have rarely…

The government’s public relations cell in Islamabad, assigned the task of deflecting criticism and projecting…

The Other Side of the Gallows

Instead of solving the issue, the much-awaited forensic report by American investigators to probe the…

The World at Your Doorstep

If  you were not in Lahore during the second and third week of November, you…

William Dalrymple is a powerful storyteller, with an eye for detail and anecdote, and he…

The media in Pakistan has never been freer, and conditions to practice journalism have rarely been better. That’s been the official refrain these past few years. The truth, however — the very crux of journalism — is starkly different. The statistics tell a deadly tale.

No less than 20 journalists have been recorded killed in Pakistan between January 1, 2000, and November 20, 2006, including one foreigner — The Wall Street Journal’s Daniel Pearl. During this period, there have also been at least 68 recorded cases of arrest or abduction of journalists, 77 cases of torture or injury, 112 cases of explicit threats or intimidation, 20 cases of the media being banned, and at least 24 instances of attacks on media property — in all, 318 cases of various kinds of violence or intimidatory action against the media.

The irony couldn’t be more pronounced: the rising number of murders of and attacks on journalists, the banning of publications and media reports on print, radio, TV and the internet, the shutting down of radio stations, raids on printing presses, institution of cases against journalists and restrictions on media personnel from going about their duties, including aggressively keeping journalists out of large swathes of territory, particularly the tribal areas in the northwest bordering Afghanistan, have all come about against the backdrop of an unprecedented expansion of media space in the country.

Since the Pakistan Electronic Media Regulatory Authority (PEMRA) was set up in 2002 to open up the country’s airwaves to private ownership, over 100 licenses of FM radio stations have been issued to date, of which 62 are currently on air (26 in the Punjab, 19 in Sindh, 11 in the NWFP, two in Balochistan and four in Azad Kashmir), while at least 26 licensed TV channels are operational. Dozens more radio and TV channels are in the pipeline.

The government’s policy of opening up even more space for the private media, particularly in the broadcast sector, is unarguably commendable. And there is nothing to suggest there is an official policy to murder journalists or harass the media. However, what is baffling is why the authorities have been less than forthcoming in issuing clear policy statements denying their complicity in serious cases of press harassment and intimidation, including murder, in which their involvement has been widely and publicly alleged.

In at least two instances the suspicion of the collusion of secret agencies in the abduction or murder of journalists has been accentuated by the disinclination of the authorities to establish their non-involvement. 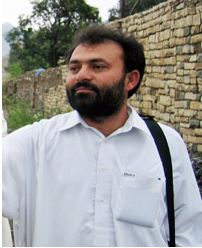 For instance, on June 16, 2006, the bullet-ridden body of Hayatullah Khan, reporter for the Urdu-language daily Ausaf and photographer for AFP was recovered. Khan had gone missing six months earlier. His disappearance had come as no surprise since he had a history of receiving threats from the government agencies, Taliban and tribal elders alike for his reporting of the clashes between the Pakistani forces and Taliban and Al Qaeda in the tribal areas. He went missing after reporting an explosion in Haisori town of North Waziristan on December 1, 2005. His story contradicted the official version, according to which a senior Al Qaeda commander, Abu Hamza Rabia, had died after an arms depot exploded inside a house. In his reports, Hayatullah quoted locals as claiming the house was hit by an air-launched missile. He photographed pieces of the missile for EPA. The international media identified it as a Hellfire missile fired from an American drone. Many believe Khan was taken away by the military intelligence.

After vociferous demands from the media community, the government formed a tribunal to determine who Hayatullah’s killers were, but its findings have not been made public. There were conflicting statements from government officials throughout the period he remained missing.

His mother and brother say he told them that the government was threatening him. He had reportedly been told to leave journalism or the region, or accept a government job, which he refused at his peril.

Then there is the case of Dilawar Khan Wazir of BBC and national newspaper Dawn who was kidnapped by unidentified persons from Islamabad in the third week of November 2006. The manner of the reporter’s abduction from a taxi as he was travelling from an area near the main office of the Islamabad police, his account of interrogation by his abductors about his work in the tribal areas, his torture — continual blindfolding and bound hands right up to his dumping in a forested area — all bear the distinct imprints of the intelligence agencies. And the casual response of the ministries of interior and information to the media’s barrage of questions has done little to dispel this impression. 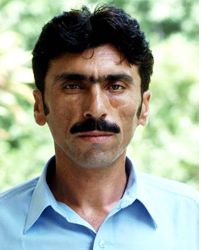 Another instance of suspected official involvement in the disappearance of a media person is that of Munir Mengal, the chief of Baloch Voice, a Balochi-language would-be TV channel based in the UAE. Mengal went missing from Karachi soon after he arrived here on a flight from Bahrain on April 7, 2006. Only days earlier had he announced he would be launching the channel to represent the views of “the Baloch nation.” His family claims the secret services arrested him to unearth his sources of funding. It appears odd that the authorities would feel threatened by the launch of a vernacular language TV channel since Sindhi, Punjabi and Pashto language channels already exist in the other three provinces. Mengal’s case is perhaps different because Pakistani forces have been battling rebellious nationalists in Balochistan who seek greater national resources that they contend have been denied them. It is against this backdrop that suspicion of official involvement has been fuelled. The authorities, of course, deny involvement, but speculation of their complicity in Mengal’s disappearance is widespread.

Also worrisome is the authorities visibly increasing level of determination to prevent journalists from entering or reporting from the tribal areas. Several journalists have been either detained, expelled from the region or obstructed in one way or another from reporting on the government crackdown against the Taliban and Al Qaeda militants in the region. Government authorities are not the only ones involved in restricting journalism in these areas; militant groups have also openly threatened and attacked journalists, making the tribal areas the most dangerous area in Pakistan for media personnel. 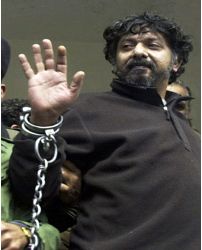 Overall, the range of intimidation of the media has ranged from attacks in the field to attacks at the office, and even at home. Identified intimidators have included members of the government, military, police, intelligence agencies, religious groups, politicians, landlords, etc. In some cases it is unclear who the attackers have been. Not a single person has been prosecuted for attacks on journalists. The targets of the media intimidation expanded from last year’s list of journalists, freelancers, television stations, newspaper officers and independent radio this year, to cable service operators and internet websites.

Records available with Intermedia, a Pakistani media assistance organisation, compiled from reported media, show that 2006 has been the most violent of the six years under review for journalists. At least four journalists have been murdered, 33 arrested or abducted, 47 injured or tortured, 23 threatened or intimidated, 12 media properties attacked and three media outlets banned.