The Election Commission blew its whistle and the lotas sprung into action. All it took…

Election fever is unlikely to hit Balochistan. The major nationalist parties, including the Pakhtoonkhawa Milli…

Rise and Fall of the Mullahs

Neither Free Nor Fair?

As February 18 draws closer, complaints regarding foul play in the electioneering process are mounting.…

Time For a Change

Never before in Pakistan’s history has an election campaign been so dull and lacklustre. Indeed,…

Pakistan’s ubiquitous establishment might be a super manipulator, but close to the February 18 elections,…

The general is beginning to lose his shirt more often than not. His outbursts at…

Though he is the most powerful military commander of the Pakistani Taliban, Baitullah Mehsud remains…

Some eight years ago, when Republican presidential hopeful George W. Bush was asked to name…

A swarm of cameramen and photographers engulfed Atif Aslam, looking immaculate in a high-cuffed black…

The route hasn’t changed in over 150 years. Every year, as the sun descends on…

The Art of Dialogue 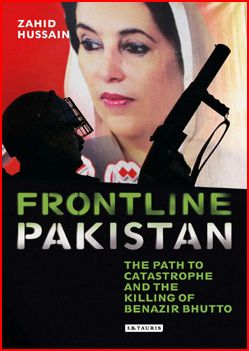 The Arabic translation of Newsline’s senior editor Zahid Hussain’s best-selling book, Frontline Pakistan was launched in Beirut, Lebanon and became an instant hit. A riveting account of the nexus between Islamic militants and the intelligence establishment, Frontline Pakistan has also done excellent business in India. The book also featured on The Wall Street Journal’s year-end books list, where it was included as one of the 10 best books written about Asia.

After the assassination of Benazir Bhutto, Hussain added an extra chapter to the second edition of the book, dealing with the mysterious circumstances surrounding the PPP leader’s death. It was also given a new subtitle: The path to catastrophe and the killing of Benazir Bhutto. The cover picture was retooled to include an image of the slain leader.

Frontline Pakistan, published by I.B. Tauris, has been lauded critically, garnering acclaim from noted writers William Dalrymple, Seymour Hersh and Ahmad Rashid. Apart from writing for Newsline, Zahid Hussain is also the Pakistan correspondent for The Times, The Wall Street Journal and Newsweek.