If there were any doubts that 2007 was globally ‘The Year of Pakistan,’ then Benazir…

My Friend, the Visionary

Sitting traumatised by the tragedy that struck on the evening of December 27, I desperately…

All assassinations have consequences, but few are as explosive as those that have followed the…

“We have decided to turn our grief into our strength” - Asif Zardari Q: How…

The Rise of the Orient

Passionate about clothes, Samar Mehdi, a graduate in fashion design from Bristol University, started her…

Wake Up, It’s a Beautiful Morning

“I just love to begin my mornings with the Nadia Khan Show on Geo. She… 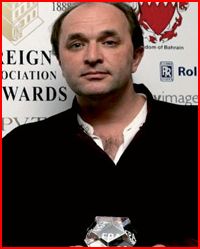 “The book that impressed me most was Alex Von Tunzlemann’s Indian Summer — the best overview I have ever read on Independence and Partition, and pretty close to a flat out masterpiece, in my humble opinion. It is also by a long way the most amusing, and balanced, account of the Mountbattens and their strange mÃ©nage Ã¡ trois with Nehru.

Very different and almost as good was Kathryn Tidrick’s iconoclastic Gandhi: A Political and Spiritual Life, in which Tidrick locates the roots of Gandhi’s thought in the lunatic spiritualist fringe of late Victorian England among the occultists, high fibreists, mediums and the ectoplasm-seekers who flourished in late 19th century London. It is almost too good to be true that the huge, pompous Curzonian edifice of the Raj was undermined by ideas emanating from such wonderfully dotty sources, yet Tidrick makes her case very persuasively.

One book which did not get the attention it deserved was Linda Colley’s wonderful The Ordeal of Elizabeth Marsh. This stunningly revisionist study of Britain’s imperial vulnerability is seen through the lens of one woman’s strange odyssey through the surprisingly globalised world of the 18th century. It follows its heroine’s journey from Jamaica to Bengal via Portsmouth, Minorca and a period of captivity in Morocco. It is beautifully written, superbly well researched and reads a little like the adventures of a non-fiction Becky Sharpe.

In fiction, I loved Mohsin Hamid’s Reluctant Fundamentalist, a beautifully controlled, gripping and superbly well-written look at the process of radicalisation. I was also bowled over by a remarkable new translation of what was once the most popular oral epic of the Indo-Islamic world. The Adventures of Hamza is the Iliad and Odyssey of mediaeval Persia world: a rollicking, magic-filled heroic saga, full of myth and imagination. It was originally composed in Iraq around the 9th century, but it was in India that the epic took on a life of its own, growing to an unprecedented size and absorbing endless Indian myths and legends. Remarkably, this is the first time the epic has been translated into English and is as close as is now possible to the world of the Mughal campfire, those night gatherings of soldiers, Sufis, musicians and camp-followers that one sees in Mughal miniatures: a storyteller beginning his tale in a clearing of a forest as the embers of the blaze glow red and the eager fire-lit faces crowd around.”

“My reading has been very haphazard this year and, in terms of books, thinner than normal because I’m at a critical stage of trying to produce one myself. I read Christopher Bayly and Tim Harper’s Forgotten Armies, partly because it’s directly related to the time and subject of the novel I am working on at the moment, and partly because I’m a low-level Second World War nerd (meaning it’s a book I would have picked up anyway).

The book takes the crescent from Calcutta to Singapore and looks at the major events that scarred the region from the late ’30s to the end of the Second World War. The forgotten armies of this book include not just the British Indian Army and the Japanese forces arrayed against it, but also the several irregular forces thrown up in Burma, Malaysia and Indonesia by the tsunami of popular disenchantment with the Empire that was coming to a head by the late ’30s. The first few pages confirmed for me that this was not one of those revanchist, clever white boys’ apologies for the Raj, after which, I was gripped.

Bayly and Harper manage to give us a cleanly written, balanced overview of the major shifts and conflicts within conflicts without ever neglecting telling details and narratives. Whether it’s an incognito Ho Chi Minh wandering through Bangkok before the war, planning his own little future project, or the image of cattle being driven from Penang to Singapore in order to avoid them falling into Japanese hands, (a herd that passes through ports stinking of burning stores of alcohol and tins of meat before over-running the Singapore golf course), the writing captures both moment and significance with minimum fuss. An increasingly frustrated Subhash Bose, a buoyantly optimistic Aung San and a quietly subterranean Lee Kuan Yew, all are substantially sketched alongside various British and Japanese figures, bringing alive that long and dark period from which welled up so much of our modern history.

Perineum is a slim first volume of connected short stories by Ambarish Satwik, a writer who follows in the fine tradition of qualified medical practitioners bringing their knowledge, eye and experience to the job of creating fiction. Satwik’s conceit is both simple and — no pun intended here — completely gripping: he places the historical graph of the Company and Raj firmly (and infirmly) in the nether regions of the human body, in the area around the lower abdomen. Different ailments and afflictions itch and sear across the 250 years of uneven British rule, biting and tearing into characters, throwing up stories and images that range from the tragic to side-splittingly ribald. To say any more, even in praise, would be a disservice, save that the book is a must-read for any sub-continental lover of literature.”

“The book I was most looking forward to reading this year was Junot Diaz’s The Brief and Wondrous Life of Oscar Wao. After devouring his short story collection almost seven years ago, I had been waiting breathlessly for this novel. And it doesn’t disappoint: a modern fairy tale about a family curse, the novel is also peppered with tangents about the history of the Dominican Republic (warning: there are footnotes) all done in Diaz’s exuberant, improvisational style.

I have also enjoyed David Leavitt’s The Indian Clerk, which is about the mathematical genius Srinivasa Ramanujan. The brilliant thing about this book is that Ramanujan’s story is told from every point of view but his own, giving us a visceral sense of the mysteriousness and unknowability of his mind. This technique also helps to highlight Ramanujan’s sense of isolation and loneliness at Cambridge University, where much of the novel takes place. Instead, we are surrounded by the misunderstandings and prejudices of his British colleagues and intellectual collaborators — most notably GH Hardy, who is haunted by Ramanujan’s early and tragic death.

After everyone raved endlessly to me about Cormac McCarthy’s The Road, I felt I just had to read it — though I was really dreading it, knowing that the book is set in a bleak post-apocalyptic era where the protagonist and his son are running away from flesh-eating marauders. But the book really took me by surprise. It is not just a fierce polemic about the shape of things to come, but centres around a touching father-son relationship. At its heart I felt it was a tender love story, all the more poignant for its being set in such a punishing world.

Finally, I must end this round-up with a tip about next year. I recently read the manuscript of Alice Albinia’s history of the Indus River, Empire of the Indus. This book is indispensable for anyone interested in the region. Follow Alice’s adventures as she travels (legally and illegally) across the Pakistan border into Afghanistan, camps out with all manner of people, and treks to the source of the river, high up in the Tibetan plateau. The book is meticulously researched and written with a deep respect for the cultural and religious diversity of the Indus valley. Unmissable.”