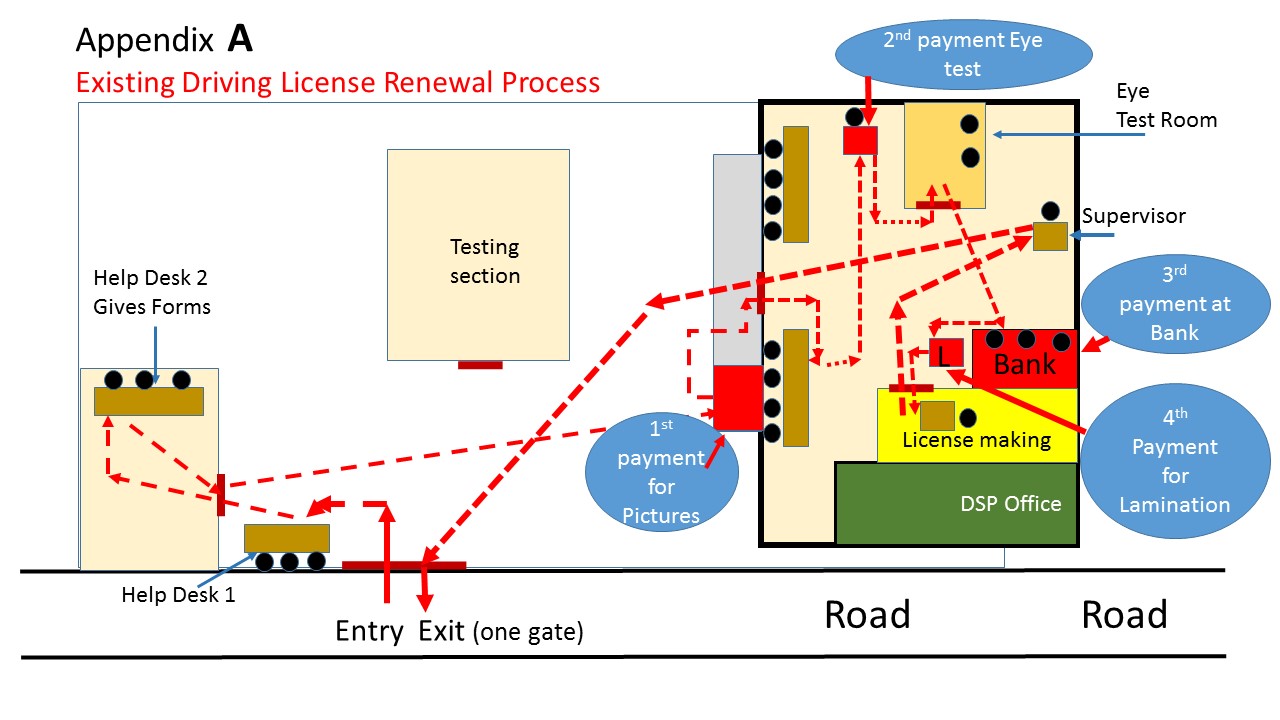 While one may need to get a driving license made just once, there is always a need to renew this document every five years. Having followed the driving license renewal process of the Clifton Branch for the past 20 years, I can say with some confidence that each time I visit the place, (which is every five years) new improvements been made  and some shortcomings that have been shed. I was pleasantly surprised that my last renewal, just a few days, ago, was completed in just about 55 minutes and involved no serious hassles.

There are problems however that still need attention. While the ‘technology dependent’ issues have shown signs of improvement, those that are ‘mind-set’ dependent continue to remain unchanged. It was sad that at almost every counter I went to, there were at least two instances of queue jumping by the departmental staff itself. This is a huge management failure and reflects how systems can be destroyed by creating special channels for VIPs, friends, relatives, bosses, bureaucrats and politicians.

This may be a unique driving license department that requires a customer to queue-up for making payments at four different locations to renew one’s driving license. It appears that there are four unrelated independent shops within the department that have their own charging mechanisms. You line up at the picture taking counter and pay for having your picture taken. Next you line up before the eye-test room and pay for the eye test. Third time you line up for paying the license renewal fee and finally you line up to pay the ludicrous ‘lamination’ charges.

The driving license department is obviously over-staffed. One can find dozens of staff members all over the place – often adding to the rush and confusion. I counted 17 persons who had no value-adding role except to enhance noise, congestion and queue jumping. This number could be brought down to 2 or 3 on adopting the new system.

Unlike SIM verification, the driving license process does not involve checking the original CNIC or biometric testing against NADRA records. This is a critical security requirement and could be easily incorporated. It is needed to verify that the driving license indeed belongs to the same individual to whom it is issued. 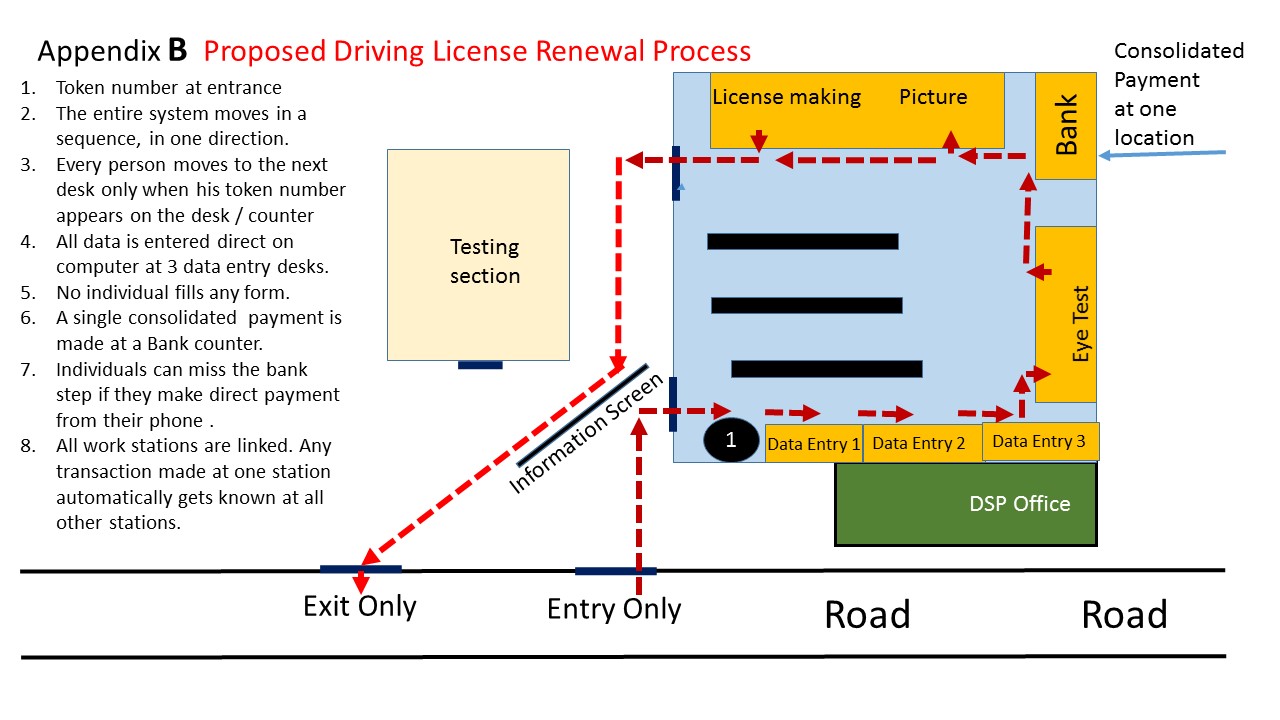 An improved driving license renewal process is being proposed to replace the one being currently practiced.  App A and B illustrate the existing and the proposed driving license renewal processes respectively. The existing process shuttles customers through a maze of unmarked crisscrossing counters. One is left with little choice but to be perpetually asking, “where do I go next?” The proposed process is uni-directional allowing an individual to enter from one end and leave from the other. The total number of steps have been reduced from 10 to 6 and the total time reduced from 60 to 30 minutes.

The process begins by individuals looking at a large ‘impossible to overlook’ information board, which essentially directs newcomers to the license renewal hall. Immediately on entering the hall each individual receives a serialised token (like in a bank) and the rest of the process is prompted by flashing of token numbers at each station. Anyone who cannot read numbers should not be eligible for a driving license in any case.

The first step of the process is data entry – done at any of the three data entry stations. A customer is asked to show his/her CNIC, based on which the personal and the biometric data (just like the process for buying a new SIM) is entered in the computer. The individual himself neither fills nor carries any document at any stage. The individual is informed about the total (consolidated) payment that he/she is required to make. Individuals move to the next desk only when their token number appears at the next counter.

A single consolidated payment is made at a bank counter. Individuals can bypass this step if they decide to make direct payment from their phone or from an ATM machine placed inside the hall. All work stations are linked. Any transaction made at one station is automatically detected at all other stations.

It is entirely possible to achieve major improvements, if we are willing to adopt technology and stop creating special provisions for VIPs.