The Last Bus From Peshawar 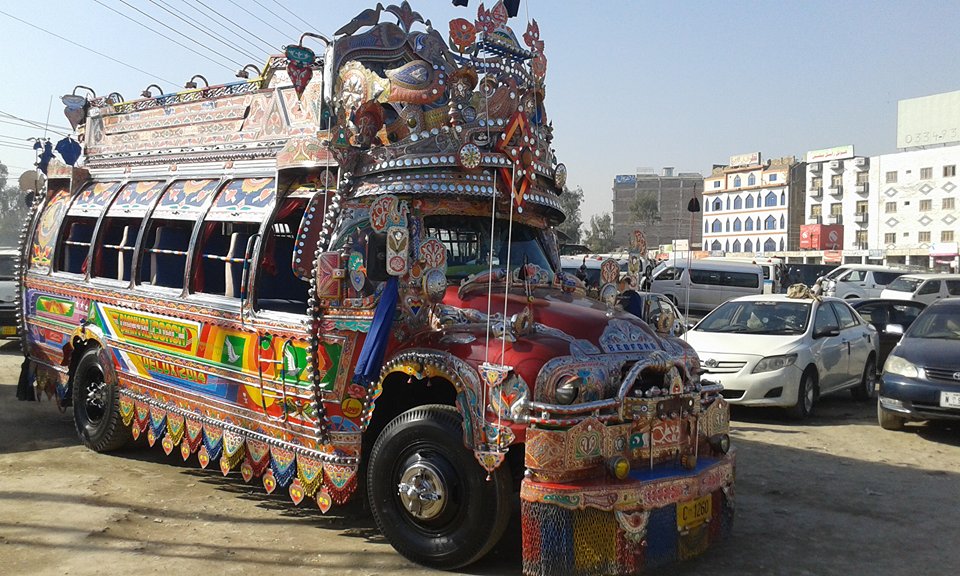 Peshawar’s old buses are a dying breed. These traditional icons are essentially goods transport trucks manufactured by Bedford Vehicles, a British brand, that have been converted into passenger buses locally. They are adorned with traditionally inspired decorative art.

While Bedford, a part of General Motors, stopped manufacturing trucks in 1986 when its plant in Dunstable, UK, closed down, its creations lived on — on Peshawar’s streets, and became an intrinsic part of the city’s culture.

“These heavy trucks were originally produced only for the transportation of goods, by the leading international brand, Bedford,” says Gul Bakht Afridi, President of the Peshawar Transport Association. “However, keeping in mind the transport requirements of the region, they were converted by local mechanics into passenger buses.”

There used to be a total of 300 Bedford buses in Peshawar, but more than half of these were scrapped for spare parts, while approximately 140 currently remain in working condition. The buses, nearly 50 years old, are still running owing to regular maintenance provided in local workshops.

This slow demise of the Bedfords — locally referred to as ‘Mazda,’ or ‘Barra’ buses, after a tehsil in Khyber Agency — is a sad prospect for those who have grown attached to this symbol of local identity. For those who use them, they are the fastest means of transport in the province. And for this reason, they are referred to as ‘rocket’ buses. 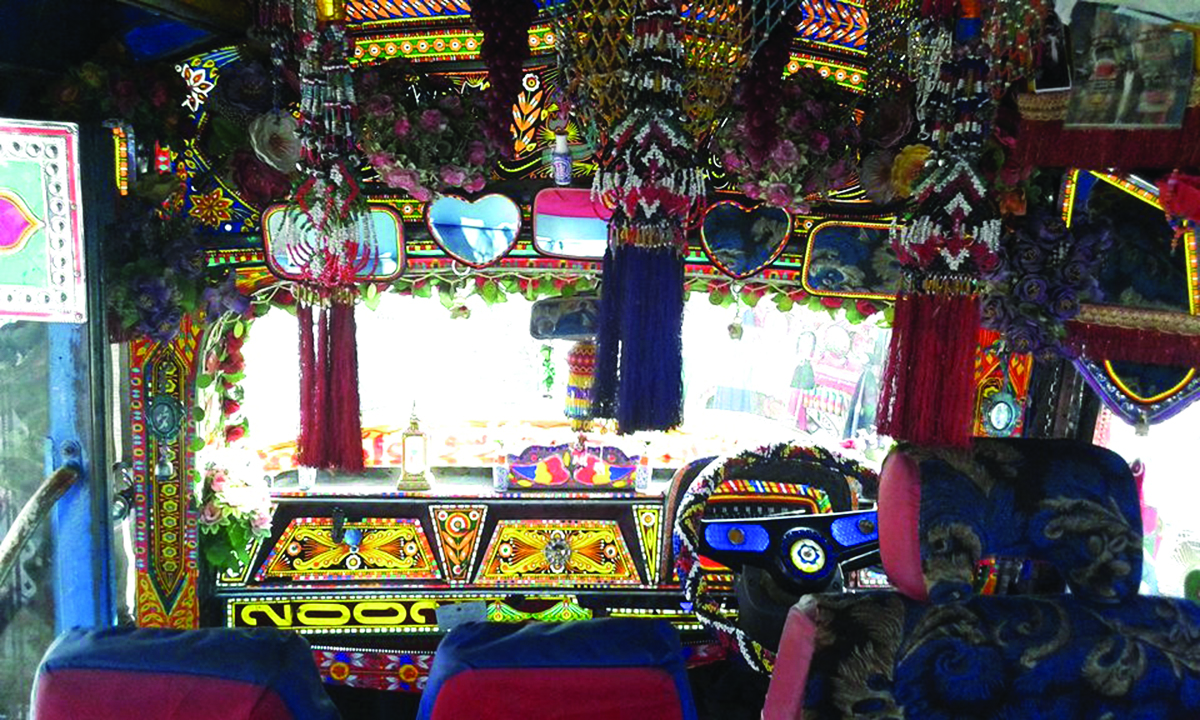 Moreover, the decorative art seen on these vehicles makes them particularly special in the eye of beholders alien to the region — such as tourists and visitors.

“The artwork on the buses is an attempt to attract passengers,” says sixty-year-old Gul Afridi, who has witnessed the decline of the Bedfords.

Imran Khan, a creator of local truck art, however, maintains that, “The art is a craze born purely out of an obsession for these vehicles.” Khan says that the total cost of decorating the buses can be anywhere between Rs 0.3 million to Rs 0.5 million.

“The artwork for one vehicle takes a minimum of three months to be completed and the artistes are paid high sums for it,” he continues.

Khan adds that the props and decoration pieces are widely available in cities, and that people use some of these to decorate their drawing rooms. To the untrained eye, these buses could very well come across as wedding halls on wheels.

The lively colours of Pakistani buses and trucks have inspired international designers. Italian fashion brand Dolce & Gabbana used a truck art-inspired display in a 2015 campaign. In Wimbledon, a tram has been adorned with truck art decor.

However, foreign fascination aside, these buses are perceived very differently by local residents — pedestrians, motorcyclists and car drivers to be more specific, who are always at loggerheads with them on the streets. Their main grouse: the brash manner in which these buses are driven on the road, without any regard for other, smaller vehicles. Many also view these as the tactics of the transport mafia, to drive new entrants to the industry off the streets. 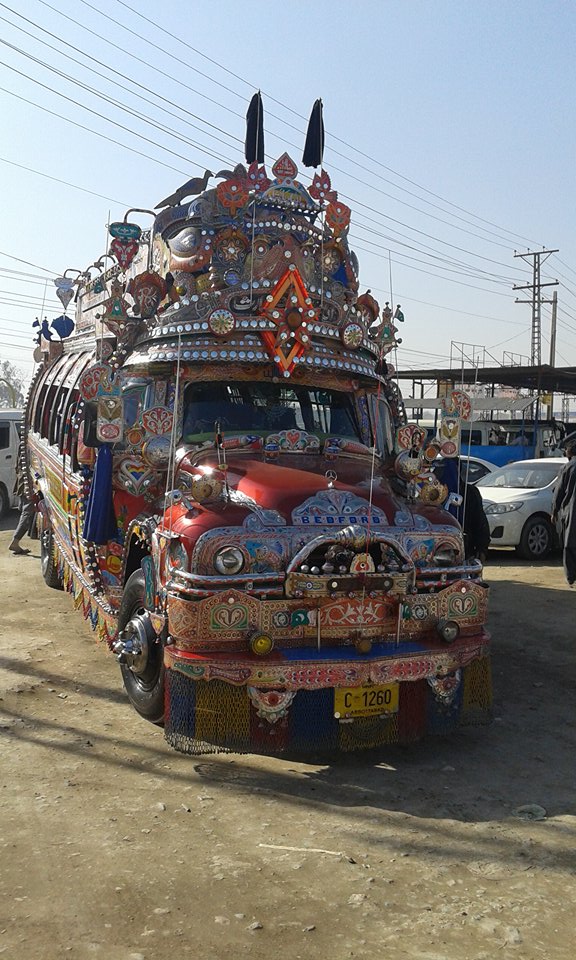 There has been a profusion of vans, pickup trucks, Qinqi rickshaws to meet the growing needs of the passengers over the last few years. But these have failed to outdo the bus service as they are unable to transport a large number of passengers at once. Additionally, the buses also have the capacity to move goods. In fact, they are the only source of income for a large number of individuals.

“These buses are not necessarily the main cause of traffic jams,” says Rashid, a traffic warden in Peshawar. “Nevertheless, they are not allowed onto the main road and can only use service roads.” Rashid complains that the government is only creating hardships for the bus transit community and owners are now trying to sell their vehicles.