Amid heavy security, the Karachi Literature Festival 2018 kicked off on 9th February with an all-seats-taken audience. This was despite a horrific traffic jam that evening on the route leading to the Beach Luxury that kept cars burning fuel at a standstill for over an hour. Undeterred KLF enthusiasts young and old arrived by the hundreds to hear the welcoming speeches, the key note speakers as well as to attend the first sessions of the three-day programme. 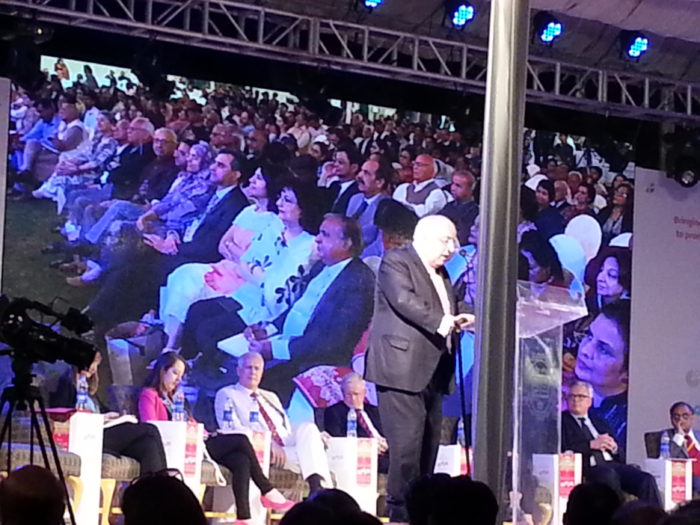 Francis Robinson, professor of History of South Asia, University of London was the first key note speaker.  Elaborating on one of his themes — the emergence of the middle and upper middle class in the 20thcentury in Pakistan — he also referred to several authors who have penned the transformation of Pakistan’s old landed feudal class into an upper-middle and middle class. A path it appears taken by many children of landed families over the last 150 years, as well as some who have become industrialists and soldiers. He spoke of that tension between following the tradition of zamindari and the attraction of new professions.

The following day Robinson held a session on his book, The Life of Maulana Jamaluddin Abdul Wahab of Frangi Mahall 1919-2012 in conversation Hameed Haroon and Mahmood Jamal with Bari Mian as moderator. 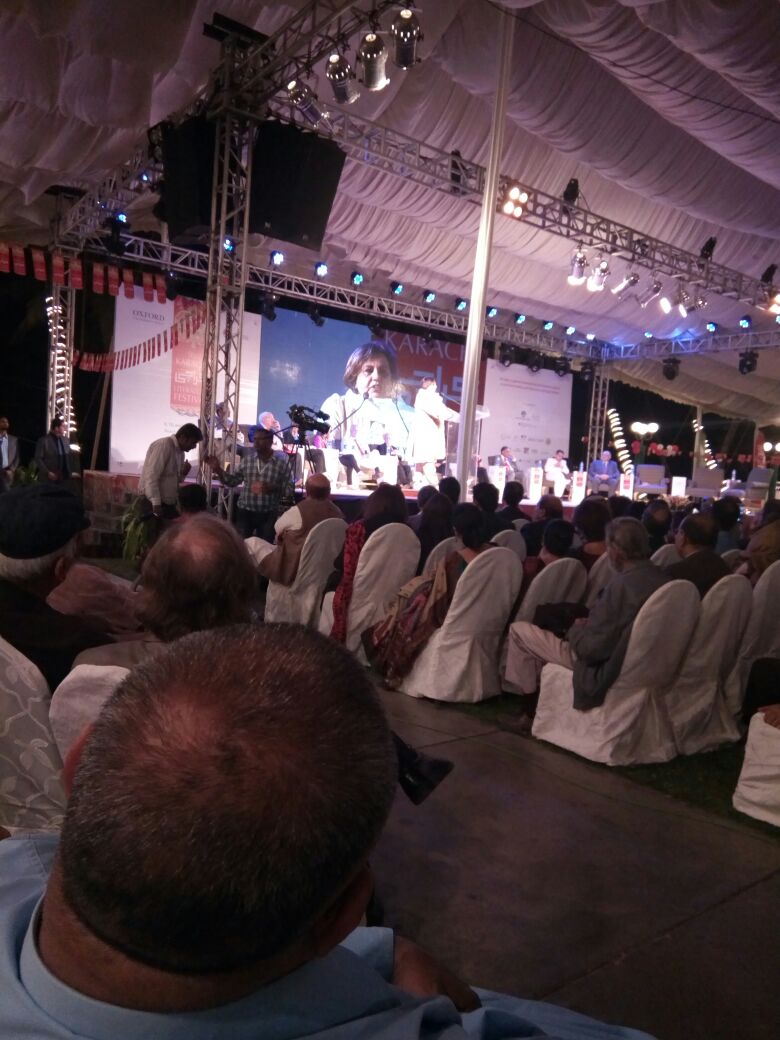 Eminent Sindhi writer, Nurool Huda Shah’s powerful keynote address on the role of KLF over the years in bringing civil society together to raise a voice on various issues, raised several rounds of applause. 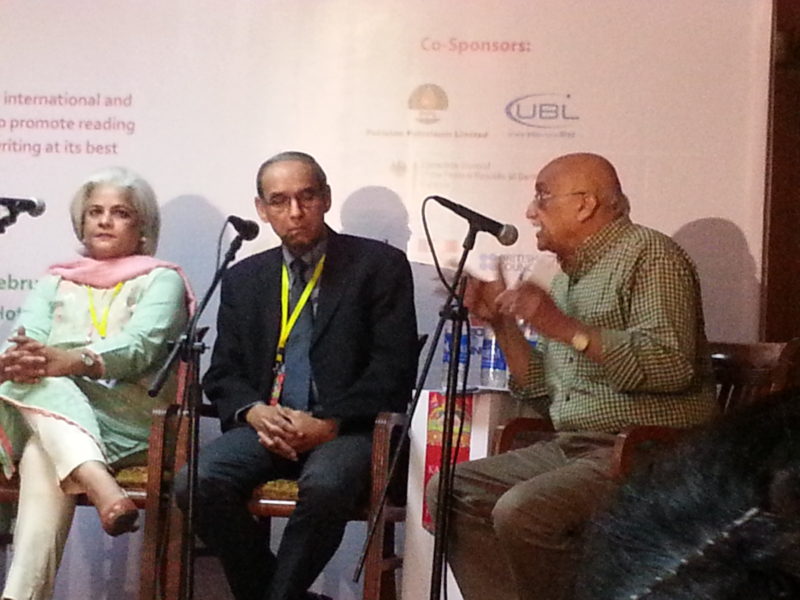 One of the sessions on the first day was Saving our Children from Predators: Role of Civic Society. Dr. Sadiah Ahsan Pal, Dr Murad Moosa Khan and Dr. Sher Shah Syed (left), sharing with the audience some of the horrific cases of child abuse they regularly deal with and expressing their frustration on the lack of mechanisms to prevent them. 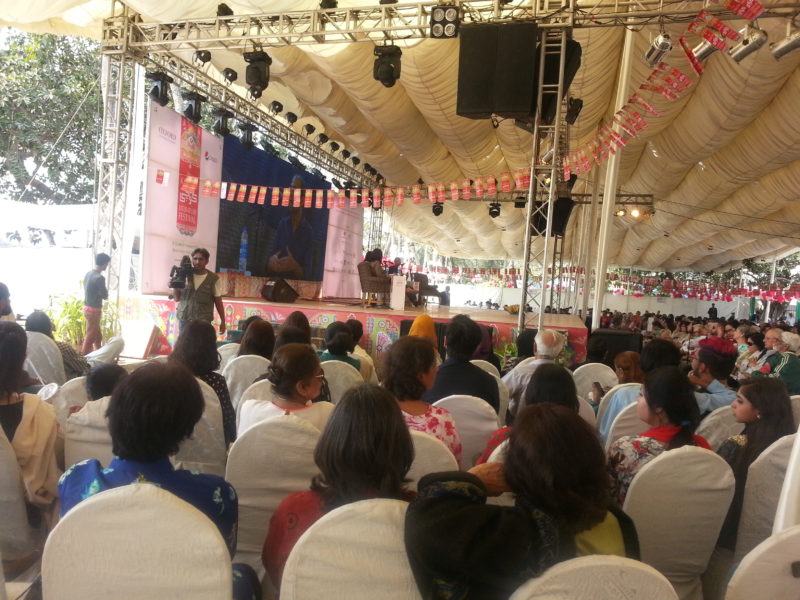 Audiences enjoy the sessions along with the pleasant weather on the second day of KLF 2018 in the festively decorated garden of the Beach Luxury, which draws the largest crowds. 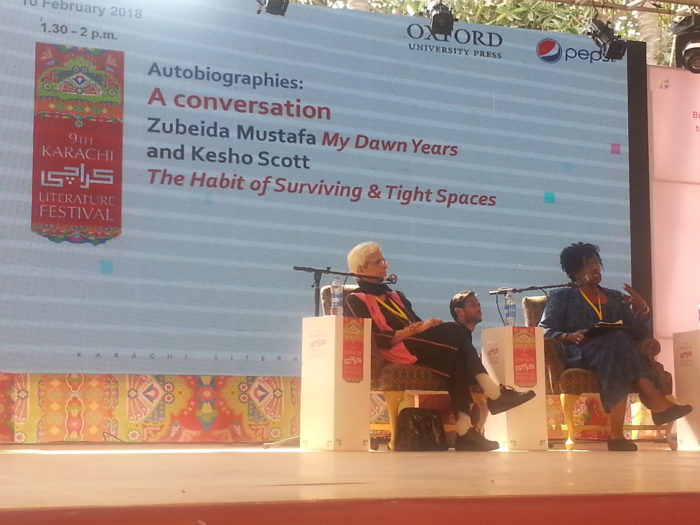 Zubeida Mustafa, author of My Dawn Years in an interesting conversation with Kesho Scott author of The Habit of Surviving and Tight Spaces. They shared their various experiences with prejudices and obstacles as career women and working mothers. 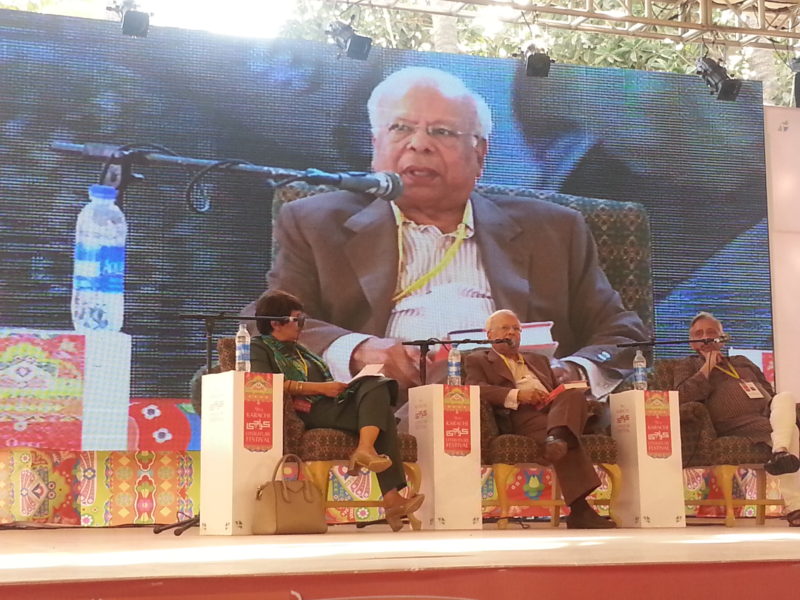 Dr. Ishrat Husain, ex-Governor of State Bank of Pakistan and once Dean and Director of the IBA speaking about his book in the session: Governing the Ungovernable: Insitutional Reforms for Democratic Governance with Simi Kamil, President and CEO of UBL as moderator. The session included panelists from across the border: retired Indian diplomat Mani Shankar Aiyar, a regular visitor to Pakistan, and Dr. Y. Venugopal Reddy, ex-Governor Reserve Bank of India who gave a detailed analysis of Dr. Husain’s book. 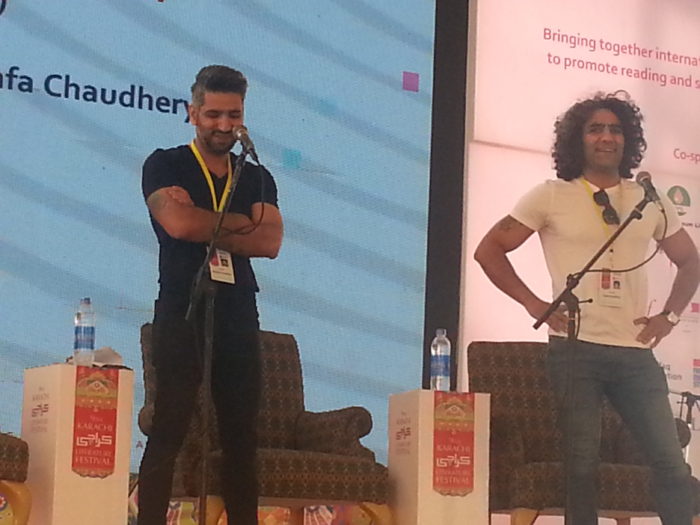 Murtaza Chaudhry and Mustafa Chaudhry, the clowning stars of hit comedy news BNN Banana Network, apologized for arriving a bit late for their session but had the audiences in stitches within minutes of taking the stage. Most of their satirical comedy routine Going Bananas with the Boys was trying to figure out what constitutes a ‘liberal.’