Death of an Era 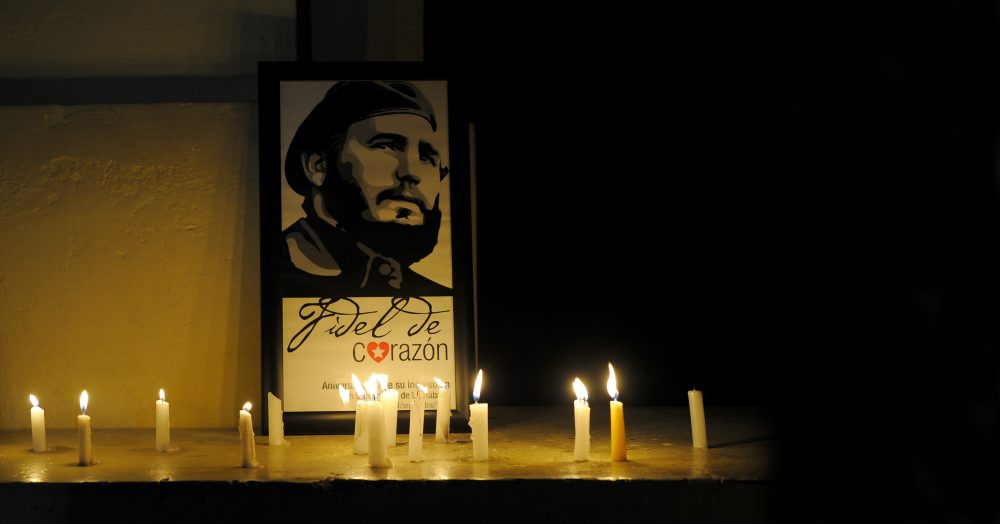 How did the leader of a country about half the size of Karachi in terms of population become an iconic figure of lasting renown through the last 40 years of the 20th century and beyond?

One answer lies in the personality of Fidel Castro, who died last month at the ripe old age of 90, having ceded power to his brother Raul a decade earlier after seeing through 10 US administrations, most of which were determined to topple him. Another could be summed as “location, location,” given Cuba lies just 90 miles across the waters from Florida.

The proximity of the first nation in the western hemisphere to declare itself communist came as a shock to the United States in the early 1960s. Cuba had briefly been a US colony at the turn of the century, and some legislators favoured grabbing it a la Puerto Rico, but the Americans pulled out eventually, albeit after decreeing the right to militarily intervene at will, which was exercised more than once.

By the 1950s, Cuba was effectively a US neo-colony, with Havana a playground for sleazy rich Americans, its casinos controlled by mafia interests that repatriated their profits, while the majority of Cubans languished in abject poverty. The country was ripe for revolution in 1953 when the Castro brothers, Fidel and Raul, spearheaded an ill-planned attempt to capture the Moncada military barracks.

Many of the rebels were killed outright. Fidel survived, but was captured, put on trial, and permitted before his sentencing to make a speech. His oration went on for hours, and published versions of the speech endeared the unrepentant young lawyer to a wide range of Cubans. He famously concluded with the words: “Condemn me. It does not matter. History will absolve me.”

Imprisoned on the Isle of Pines, Fidel was amnestied a couple of years and went into exile in Mexico, where he immediately started plotting his return with a bunch of like-minded compatriots — plus an Argentinian doctor who had drifted in after a stint in Guatemala, where the CIA had recently conspired to overthrow an elected reformist government. Legend has it that the latter, Ernesto Guevara, known to his acquaintances as Che — Argentinian slang for “friend,” the term by which he addressed everyone — spent a night in conversation with Fidel, and by daybreak had signed up to the project of instigating an insurrection in Cuba. 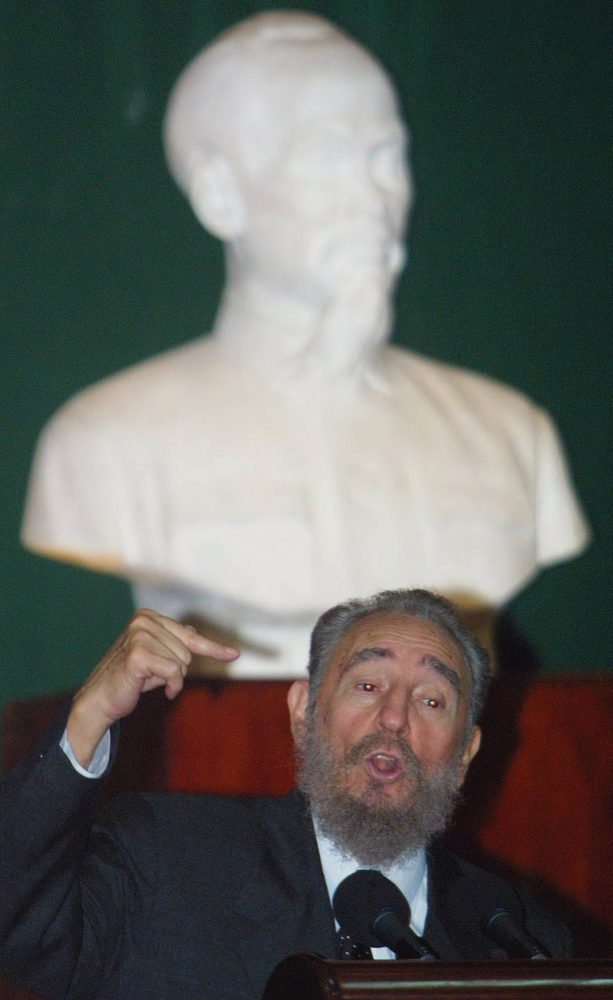 Sixty years ago, about 90 or so men, crammed into a rickety vessel called the Granma, headed for their homeland. An urban insurrection had been planned to coincide with their arrival. But things went horribly wrong. In bad weather, the Granma docked at the wrong spot and, having been betrayed to the authorities, the rebels almost immediately came under attack from the Cuban air force. Only a dozen of them survived.

They found willing recruits, though, among the disenchanted peasantry. The authorities announced Fidel’s death more than once, but in 1957 a New York Times correspondent, Herbert Matthews, managed to track down the guerrillas and published complimentary accounts of their passion and idealism. His reports not only assured Cubans that the guerrillas were alive and kicking, but also attracted considerable interest among Americans. It is said that even some of the younger CIA operatives posted in Cuba sympathised with the rebels, in view of the Fulgencio Batista dictatorship’s corruption and incompetence.

But after the rebels took power amid widespread jubilation at the beginning of 1959, and announced not long afterwards that the vast agricultural and other interests acquired by US-based multinationals over the decades would be expropriated without compensation, the Eisenhower administration was immediately hostile. It almost immediately sanctioned a plan for CIA-trained Cuban emigres to invade the island. The Kennedy administration inherited the plan. JFK did not call it off, but he evidently had his doubts, and when the operation was executed in mid-1961, he adamantly refused to sanction the use of USAF planes to back the invasion force.

Fidel personally led the resistance, and the Bay of Pigs disaster has gone down in history as one of the very few occasions on which a US-backed attempt at regime change backfired so badly. The Cuban side agreed to swap its prisoners of war for medical supplies.

Quite how the Cuban Revolution would have unfolded in the event of benign non-interference from the US is an unanswerable question, although it’s perfectly possible that Fidel would have had less cause to resile from his early promise of democracy, and but for the perfectly valid fear of destabilisation sponsored by the giant North American neighbour, the Castro regime’s human rights record would have been considerably less reprehensible. 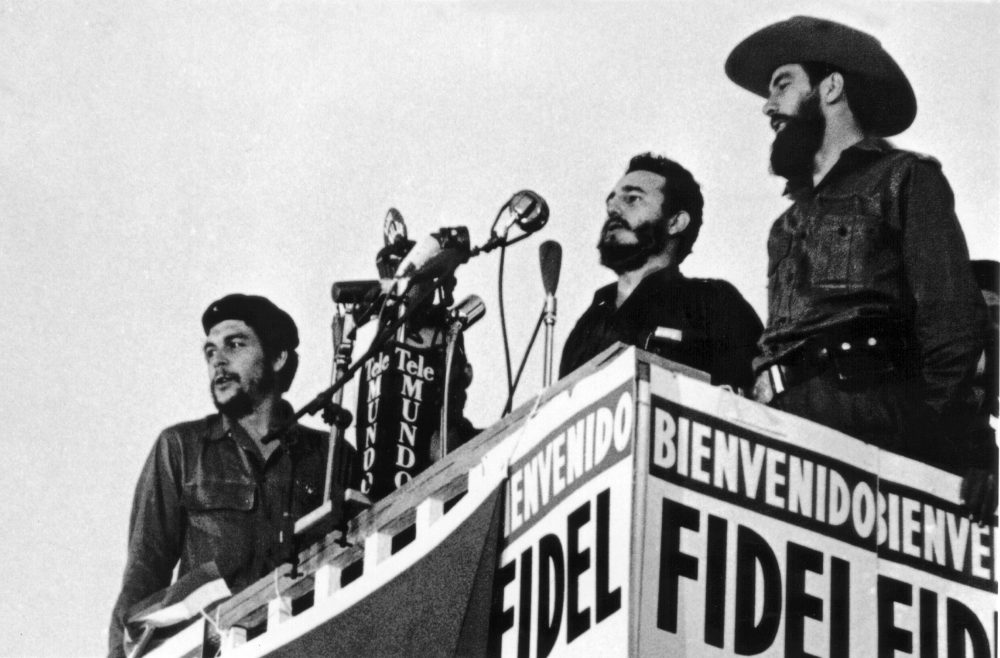 As it is, right-wing regimes in Latin America, propped up by the US invariably, committed far worse atrocities on a much larger scale. In the early years of Fidel’s empowerment, Cuba did, no doubt, execute hundreds of people associated with the crimes of the Batista dictatorship. This could and should have been avoided, but it’s hardly uncommon for revolutions to be accompanied by degrees of violence. Since those days, most forms of dissent have invariably been frowned upon, and often entailed prison sentences for activists. That, again, is indefensible, notwithstanding the possibility, or even the probability, of subtle or overt sponsorship by Washington or Miami-based emigres, whose hostility to the Castro-led project has invariably stemmed from horror at being stripped of their often ill-gotten assets.

At any rate, in the middle of the last decade, no one could seriously challenge Fidel’s pronouncement that the only torture taking place on the island was restricted to Guantanamo Bay — a piece of Cuba that the US has held on to over the decades on the basis of a late 19th-century lease agreement. That served as a useful reminder of US hypocrisy when it comes to complaining about others’ human rights violations — and in the case of the oft-repeated calumny in seeking to portray Fidel Castro as a “butcher” who massacred thousands, well, the apron simply doesn’t fit. He could be ruthless on occasion, but was hardly prone to mass murder. Unlike so many inhabitants of the White House.

Back in 1962, though, after the US discovered that nuclear-tipped Soviet missiles had been installed in Cuba —Nikita Khrushchev’s attempt, presumably, to balance the presence of US nuclear weapons on Soviet borders — Fidel and Che, who hadn’t invited the deployment, were prepared, in a moment of madness, to sanction their use, even at the inevitable cost of Cuba being wiped off the map in retaliation. It never came to that, thankfully; Khrushchev agreed to pull out the weapons after negotiations in which John F. Kennedy committed the US to not invading Cuba — against the advice of his Dr Strangelove-style generals and aides.

The Cuban Missile Crisis was the closest the world had come to a nuclear exchange. It sealed Fidel Castro’s reputation as a key new figure in the Cold War — and both he and Che were mightily miffed at Moscow’s withdrawal of the missiles without consultation. It took a couple of years for Khrushchev to arrange a conciliation, but by then the Soviet leader’s own days were numbered. At the same time, one of the more plausible conspiracy theories around the assassination of JFK in November 1963 revolves around mafia-CIA retaliation for his refusal to reconquer Cuba.

The trade embargo imposed on Cuba by the US around that time remains intact meanwhile, notwithstanding a recent thaw in relations amid a degree of rapport between Raul Castro and Barack Obama, who commented on Fidel’s death that his vast influence on the world around him would be judged by history. Donald Trump, meanwhile, stuck to the discredited Cold War trope by dismissing the deceased leader as a brutal dictator. 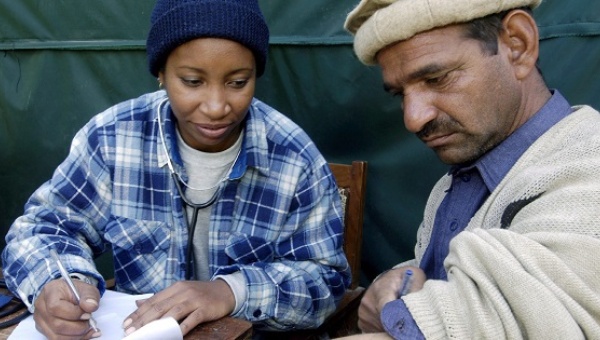 One could easily devote thousands of words to refuting that charge, or at the very least pointing out the innumerable ways in which it is routinely blown out of all proportion. To be brief, though, it’s worth pointing out that it took the revolutionary regime barely a year of concerted efforts to effectively eradicate widespread illiteracy, and it put in place free systems of education and health — something that ought to be a basic criterion for good governance — that remain the envy not just of the Third World, despite the ups and downs of the Cuban economy, based on causes ranging from miscalculations to the loss of Soviet subsidies.

It is common knowledge that Cuba’s example sparked numerous rebellions in Latin America through the 1960s and ’70s, but when the tide turned at the turn of the century and progressive leaders began to emerge through elections, many of them looked up to Fidel as a prototype or a mentor — most notably Venezuela’s Hugo Chavez, who supplied Cuba with oil in exchange for doctors and teachers. In recent decades, even the region’s relatively conservative leaders have tended to look up to him, and it is no coincidence that the peace agreement between the Colombian government and FARC insurgents was reached through Havana’s mediation.

Cuba’s role in Africa is less widely known, yet Nelson Mandela credited Fidel with being instrumental in the demise of apartheid. Cuba had, among other forms of engagement with the continent, assisted in the liberation struggles in Mozambique and Angola in the 1970s, but even more significantly, its military deployment in the following decade — against Moscow’s advice, and much to the consternation of Washington and Beijing — was crucial to defeating an attempt by South African-led forces to overrun Angola. Its embarrassing failure eventually persuaded Pretoria that the status quo was indeed unsustainable.

But whereas direct Cuban military deployment was a relative rarity, it frequently offered nations in need assistance with education and healthcare. This wasn’t restricted to nations with governments that might be deemed fraternal. Two monumental natural disasters in 2005, for instance, triggered offers of medical assistance from Fidel. George W. Bush turned it down in the aftermath of Hurricane Katrina. General Pervez Musharraf sensibly did not in the wake of the unprecedentedly deadly earthquake a couple of months later. The Cuban medical teams — which, crucially, included women — travelled to areas where other aid missions feared to tread.

Musharraf was suitably grateful for this unexpected intervention, which concluded with an offer from Cuba to train substantial numbers of would-be doctors from Pakistan free of charge. When the Cuban medical teams returned home, they were surprised to be greeted at the airport by Fidel, who wanted to personally express his gratitude. After all, it had been his idea to send them, after he lay awake wondering what would become of the shelterless earthquake victims as the nights grew colder in Pakistan’s northern areas.

That doesn’t quite fit the image of a heartless despot, does it? Of course Fidel Castro was a flawed leader — no one is perfect — yet he towered above most of his contemporaries, both literally and figuratively, successfully defied US imperialism for nearly five decades, and generally sought the best — sincerely, if not always wisely — not just for fellow Cubans but for people everywhere, especially for those swept out of view by the tide of profit-oriented globalisation.

It could be years, perhaps even decades, before a clear judgement can be attempted on his legacy. And, as ever, opinion will be bitterly divided. There’s a better than fair chance, though, that history will indeed absolve him.