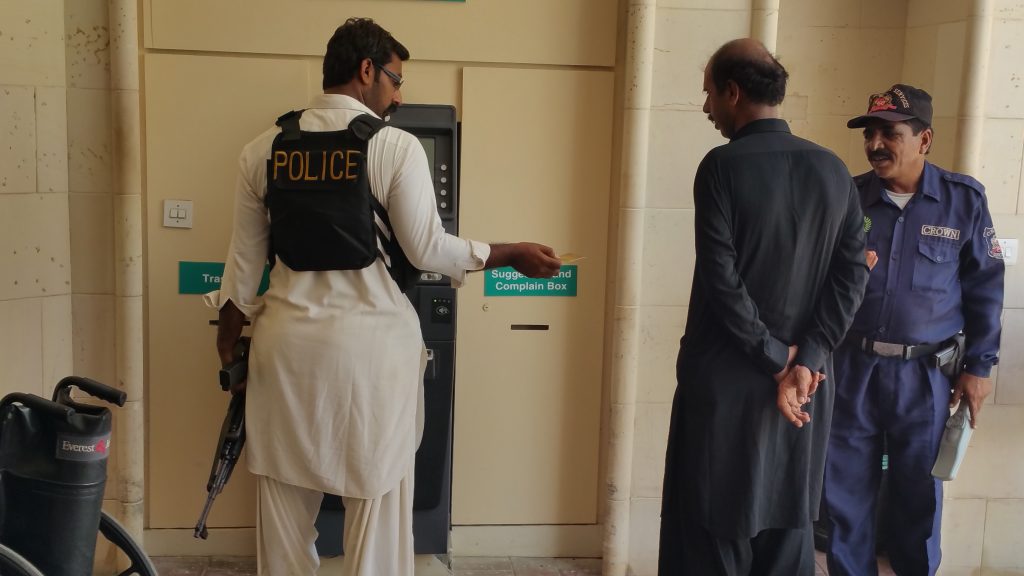 This picture was taken on the morning of 12th May, inside the premises of one of Karachi’s most famous and respected hospitals.

Armed with an automatic weapon, a private guard wearing a police jacket (and pretending to be a policeman) is seen inside the hospital premises near an ATM machine. The good-natured hospital guard (extreme right) is unsuccessfully trying to persuade the militant impersonator to leave. The armed goon did leave, only after he had done whatever he had to do. 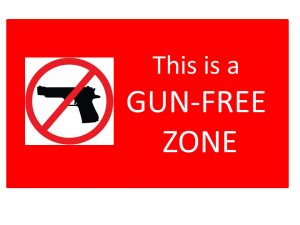 The question is why can the hospitals in Pakistan not ensure that armed individuals do not enter the hospital premises, either as patients or as their guards. This hospital, for example had not taken even the most basic step of placing prominent signs at various entrances that clearly declare the hospital as a ‘Gun-Free-zone’. (A sample is attached for those who wish to do so.) The hospitals could additionally have a hotline with Police and Rangers, who can be summoned in a matter of minutes to arrest such criminals.

The situation is worsened when the police too does not make any serious efforts to nab those who go around wearing police look-alike uniforms or using police look-alike mobiles and cars. Clearly there is a large parallel network of fake police that operates in our city to browbeat, bully and tyrannise the ordinary citizens.