A Tale of Two Murders: Searching for Equal Justice 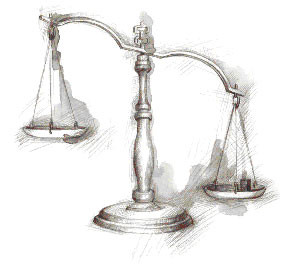 Without an independent and honest judiciary, all the rights guaranteed to citizens under the Constitution of Pakistan become worthless — mere words on paper. Pakistan’s constitution does guarantee equal rights to (almost) all its citizens but are these nugatory words or worthwhile promises? Here, we look at two recent scenarios to examine the country’s judicial system for the answer. This is a tale of two murders.

In January 2011, Salmaan Taseer, the governor of Pakistan’s most influential province, was gunned down in Islamabad by a member of his own security team. The killer, Mumtaz Qadri, carried out the despicable attack in broad daylight. He confessed to the act and expressed pride in it. Hours into the killing, Qadri was elevated to sainthood and hundreds of rallies comprising thousands of people paid homage to what they called his ‘grand service to Islam.’ Those who came out to honour the criminal significantly outnumbered those who lit a candlelight vigil for the victim. The very upholders of law garlanded Qadri and received him as a hero.

Seven months into the proceedings, no verdict has yet been reached on the case. One may ask what more evidence the courts are looking for to implicate Qadri in this heinous crime.

Five months after Mr Taseer’s tragic murder, another killing gripped news headlines across Pakistan. An unarmed young man, Sarfaraz Shah, was killed at close range by a team of Rangers in Karachi. Video evidence of the brutality soon surfaced and six Rangers were arrested. Two months into case hearings, a verdict was reached. Shahid Zafar, the man behind the trigger, was recently sentenced to death by an anti-terrorism court in Karachi. The other men arrested (five paramilitary soldiers and one civilian) were sentenced to life imprisonment and heavy fines.

Considering Shah’s case as standard, a verdict on Mr Taseer’s case should have been recorded five months back. This did not happen and nothing is expected to happen anytime soon. Unfortunately, Shah and Taseer were not equal citizens of the state. Talking of equality of its citizens, even murders are not equally treated in Pakistan. One was met with condemnation, the other with veneration.

Now, coming back to our question: what evidence was lacking in Mr Taseer’s case that was available in Shah’s? None. If anything, the evidence in the Governor’s case was only stronger. However, it was not about evidence at all, it was about those who rule based on it.

For decades, Pakistan has gradually and increasingly been infested by an extremist and intolerant right-wing movement. The chauvinistic mindset nurtured by President Zia exists openly in the form of parties such as the Jamaat-e-Islami today. The mindset has spread and made it to influential positions and institutions. The judiciary is one of them. This is precisely why a more extremist and bigoted interpretation of law prevails in the land. Anything remotely associated with religion is judged not by evidence alone but also in light of right-wing sentiment, which is displayed on the streets every so often. In cases like Aasiya Bibi’s, sentiment alone suffices as evidence.

Justice in Pakistan has often been ignored in favour of appeasement to the (bay)ghairat brigade. Christians and Hindus, for instance, are deliberately marginalised even though the law promises equal rights to these groups. It did the same for Ahmadis, but a contradictory amendment by PM Bhutto and a subsequent ordinance by President Zia-ul-Haq explicitly bar them from being free and equal citizens of the state. This is another example of how right-wing sentiment overwrites justice and sanity in the land.

Not many influential figures dare to boldly defy this tsunami of intolerance and bigotry in Pakistan. Not many have the courage to reclaim Jinnah’s free and just Pakistan from the intolerant lot that has taken it captive. Mr Taseer was one of the rare few. His ‘crime’ was sympathy towards the country’s persecuted segments and bold confrontation of the right-wing, the same right-wing that greeted his assassin in court with garlands and flowers. Not even his influential position and the fact that he belonged to the ruling party were good reasons to ensure him speedy justice. Imagine the plight of an ordinary man!

These two murders prove the sombre fact that Pakistan’s judiciary will never be free as long as the status quo prevails. The words of Pakistan’s constitution that appear to respect the rights of all its citizens will continue to remain a mere ethereal bubble. The only way Pakistan could have an independent and virtuous judiciary is if more Pakistanis aspire to follow the brave example of Mr Taseer.