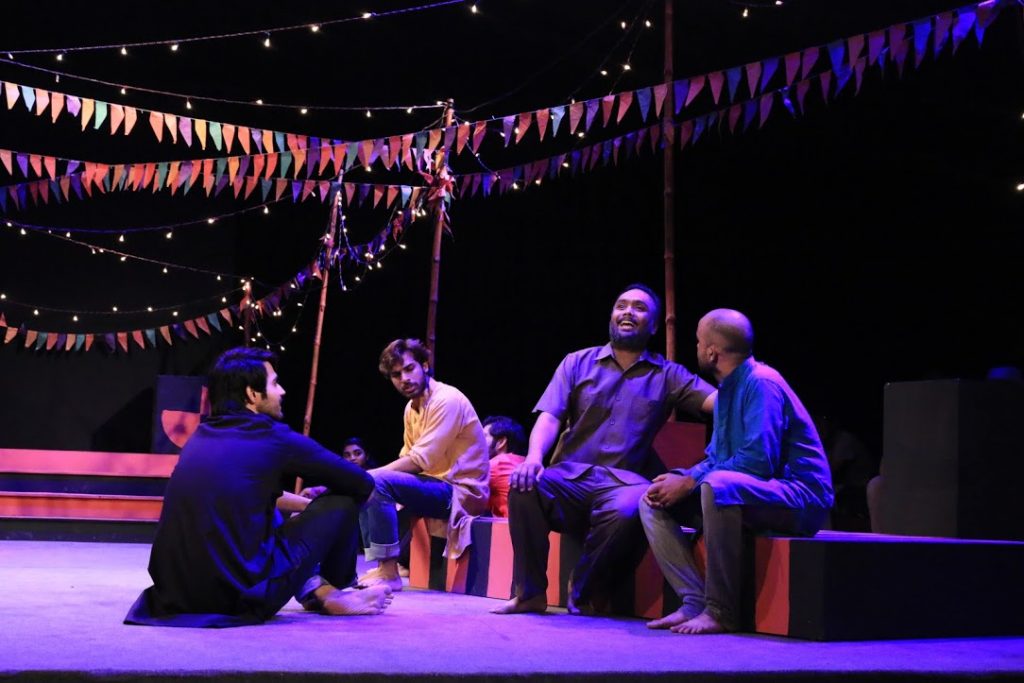 Enlightening, engaging and entertaining, Hassan Raza’s play Juloos raised a variety of questions about the current state of the country. From politics to gender inequality to terrorist activities, Raza tackled a broad range of issues in this hundred minute play. These problems were presented in an engaging manner through thought-provoking and humorous dialogue. However, there was an absence of any sense of hope for the future which made the end of the play quite dark.

Juloos played on the evening of 27th March 2017 as part of the NAPA International Theatre and Music Festival, held from 16th March to 2nd April 2017. The festival featured 24 performances, which included a mix of dramatic plays and musical performances, over the course of 18 days. This year’s festival featured countries from around the world such as Palestine, Germany, Italy, Nepal, England, America and Pakistan.

Raza’s play was divided into two narratives – one consisting of the ‘chorus’, which involved a group of actors that appeared repeatedly in different roles and situations. The other  involved the well developed and fully formed ‘characters’. The chorus represent the ordinary people, and represents them in the mundane, everyday activities such as while paying bills or travelling in a bus. On the other hand, the characters mainly represent the authorities, both religious and political. The boundaries between the two parts were blurred; the characters and chorus, constantly interacting with each other and in effect making the play rather postmodern. 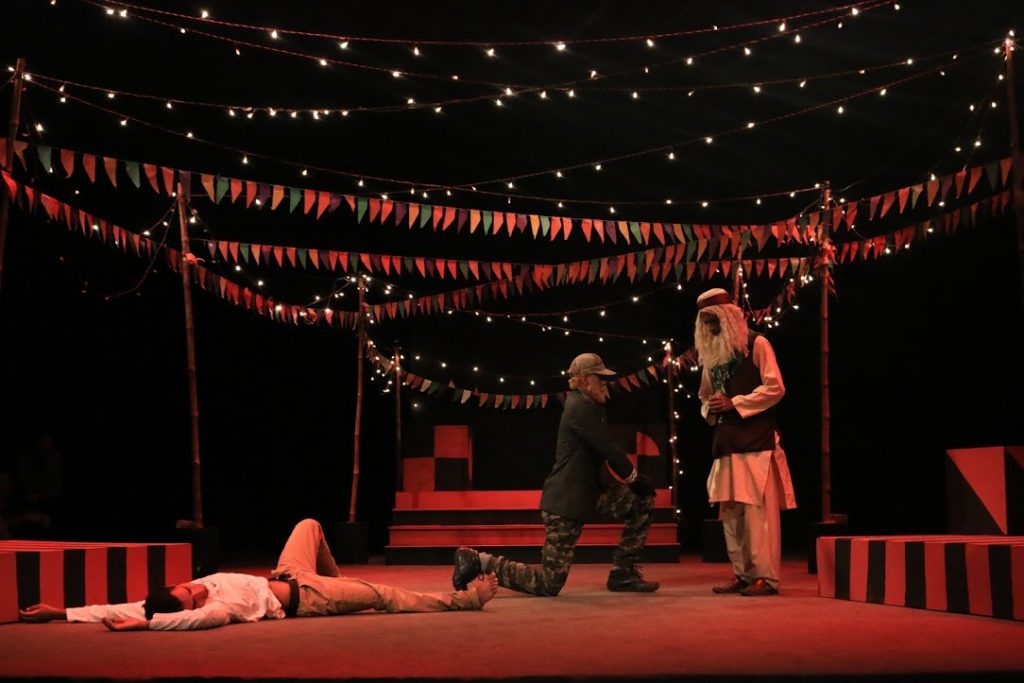 Other than this interaction between the actors, there are other elements which reinforced Raza’s postmodern approach. For instance, while the play was being formally introduced, there was a staged power cut. This ‘interruption’, immediately set the tone for the rest of the play. Raza did not spend any time to establish the premise of the play simply because everyone in the audience was already aware of the realities of the characters’ lives. This also gives the sense that the entire play is in fact an extension of the audience’s lives and is an excellent way to ensure audience engagement in the play.

Upon being interviewed about the minimalism of the play, Raza explained how he uses minimalism to empower the audience. He felt that using excessive lighting and props would hinder the imagination of the audience. Raza added, that this is also a way to give his actors space for individual creativity. This approach also ensured that the focus of the audience remained on the writing and acting. The script was one of the strongest aspects of Juloos – both the comic scenes and the poetic monologues included some well-written and witty dialogue, which resonated well with the audience. This approach worked well for the play since it allowed Raza to capitalize on the writing.

Raza claims that he wanted the play to be applicable to any society, not just Pakistan. Though there were several references to Pakistani politics and pop culture, majority of the speeches and situations in the play could be true of any society. Also, themes such as poverty, corrupt leadership and dis-oriented youth are relevant to any developing country. Hence, there is no clear beginning, middle and end of the play.

The play ends roughly where it began, reinforcing the cylcical nature that Raza builds up on throughout the play. The characters directly appealed to the audience in the final moments of the play, encourgaing them to change their approach to life. This personal address reminded the audience that the characters were mirroring their own lives. The play received an overwhelmingly positive response throughout its duration, including a well deserved standing ovation at the end.