In the age of the internet and short attention spans, authors and publishers often bemoan the dying interest in reading. Even so, there’s still nothing quite like snuggling up with your favourite book. Whether it acts as a catalyst in changing your perspective — seeing the world through the eyes of another — or as a form of escapism, you’re never quite the same person you were before picking up a book.

We ask a handful of Pakistani authors to tell us about a book published this year that they particularly enjoyed reading and would recommend to others. Here are five to add to your reading list.

Soniah Kamal is the author of The Isolated Incident. She has written for various publications, including The Huffington Post and The Missing Slate. 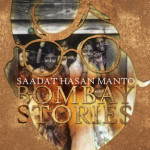 Matt Reeck and Aftab Ahmed’s English translation of Saadat Hasan Manto’s work, Bombay Stories, is delightful for its crisp and accessible language, and for putting Manto’s stories set in Bombay in one place. Manto lived in pre-Partition Bombay for over a decade and considered it his spiritual home, referring to himself as “a walking talking Bombay (mein chalta phirtaa Bombay hoon).” In fact, he makes an appearance in many of these stories himself, such as ‘Rude’ and ‘Mammad Bhai,’ thus conflating fact with fiction.

This collection gives us a full meal of Manto, the man and his Bombay, not only in the form of characters such as Sarita, Khushiya, Stella Jackson, Saugandhi and Mozelle, but also in the narrow alleys and one-room chawls, clingy saris and wrinkled lungis, tongas and taxis. The ‘translators note’, an essay on Manto’s life and times, included at the end of the collection is also worthy and informative.

Bombay Stories is a must-read collection for anyone who enjoys great storytelling and a look at Bombay before it became Mumbai. 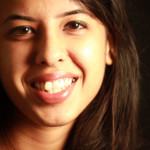 Saba Imtiaz is a   journalist and writer. She is the author of Karachi, You’re Killing Me! and the forthcoming No Team of Angels.

It would be easy to mistake Rohini Mohan’s The Seasons of Trouble: Life Amid the Ruins of Sri Lanka’s Civil War for a fictional novel, simply because the incredible level of detail, the storytelling and the narrative seem almost impossible to achieve through reportage. That is how good this book is. Words like ‘vivid’ and ‘searing’ are used so often in book reviews that they’ve lost their meaning. But there is little else to describe The Seasons of Trouble. It manages to capture the pain and tragedy of war, but is written so well that you are forced to peel your fingers from your eyes and read on. Set in Sri Lanka against the backdrop of the civil war and its aftermath, the book sees Mohan following a number of characters — from Mugil, a young Tamil Tiger whose sense of purpose and conviction begins to wane and waver as her own personal life takes centre stage, to Sarva, a young boy caught up in — what will be familiar to Pakistanis — the web of enforced disappearances, indefinite detentions and state harassment. Mohan’s account of their lives is incredibly detailed, making one believe without question that she is right there as Sarva’s mother fights to find out where her son is, or by Mugil’s side as she sits in a bunker rife with decay and disease and thinks about survival. This is a book everyone should read: to learn how to report, to understand a complicated war, and that war reportage isn’t about casting people in right versus wrong or ‘with us/against us’ moulds, but to write about people whose lives continue to be impacted by what they’ve seen and experienced long after the victory bells have rung. 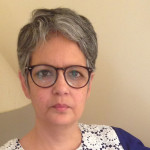 Nafisa Rizvi is an art critic and independent curator. She has authored The Blue Room. 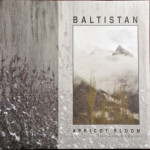 Apricot Bloom is one of those books that melts the heart and makes you yearn to discover the magnificence of your country. But it is not a book of pretty pictures. Tariq Alexander Qaiser visited Baltistan in April 2014 to “see the cherry bloom and arrived in time for the apricot.”

That the land is barren, punitive and breathtaking can be seen through the set of spectacular photographs that the author brought back with him. But Qaiser, profoundly moved by the landscapes he had witnessed and experienced, knew his creative intervention had to extend beyond the handling of a technologically advanced instrument. As the images raced around in his mind’s eye like a film on a loop, he began to write verses about his experience. And this is the gratifying essence of the book, which I have relished. Written in simple but expressive words that resonate with the emotive association of man and land, it seems like the most natural outcome of such an exhilarating journey.

For the author, an architect by profession who has never written creative prose in either English or Urdu, let alone poetry, the book is testament to Qaiser’s creative sensibility and his outlook as a person who is a seeker of beauty and as a consequence, of simple existential truths. 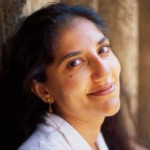 Maniza Naqvi is a novelist and short-story writer. Some of her works include Sarajevo Saturdays, On Air, Mass Transit and Stay With Me.

The Discontents of Empire 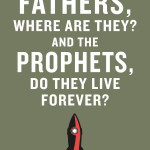 Your Fathers, Where Are They? And the Prophets, Do They Live Forever?by Dave Eggers is a brilliantly written novel about a young man named Thomas, who kidnaps several individuals who represent or have in one way or the other directly or indirectly shaped his life and that of his best friend.

His hostages include a Congressman, an astronaut, a schoolteacher and his own mother. He chains his hostages to poles in several different barracks in an abandoned military base. Thomas politely questions them about the wars in Afghanistan and Iraq, the police brutality, the failed education system, the corrupt government, child abuse and so much more. We finally get a story of an American holding America accountable for itself. In my opinion, Dave Eggers is the only American writer today who is worth reading. 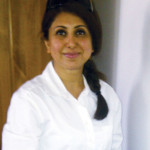 Zeenat Mahal is a romantic fiction writer. Three of her novels have been e-published and she is currently promoting her latest novel, She Loves Me-He Loves Me Not. 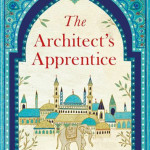 I was familiar with Elif Shafak’s work long before she became my supervisor in my MFA dissertation at Kingston University, London. My association with her only increased my respect for her as a person and a writer. Her sharp insights were always dressed in utter kindness.

Elif’s latest book, The Architect’s Apprentice, is an excellent example of her grip on the craft of writing and her intelligence as a storyteller. It is also a testament to her plurality as a contemporary writer, which she so values and propagates. Elif’s universe is populated with men and women from all over the world. That is the obvious multiculturalism in her books. But there are many more subtle layers, like history and philosophy, literature and religion that form an intricate leitmotif in her books.

The city of Istanbul always looms large either in the background or in the forefront. This city of oxymorons and opposition is a treat to watch through her eyes. In her latest book, we see Jihan, a mahout from India find a place in Istanbul, in the Sultan’s palace. This Istanbul is the counterpart of modern-day London. It is the capital of the world, where people of all nationalities find themselves rubbing shoulders for survival. Reading her books, especially this one, is like gazing at a miniature mural. There are tiny windows into individual lives that all miraculously link together to form one holistic frame.

Read this book, if you like to lose yourself in a world that is both familiar and unfamiliar.