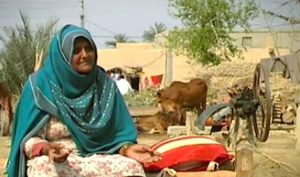 Towards the end of 2010, controversy about Pakistan’s blasphemy laws hit a fevered pitch. Soon after the calendar pages were flipped to 2011, the fiery debate had escalated further and the battle cries were maddening.

By now, Pakistan, and much of the world, is familiar with the case of Aasiya Bibi: a poor Christian woman accused of blasphemy and on death row. And the story and heroism of Punjab Governor Salmaan Taseer, the man who championed her cause and suggested a pardon for her after it became clear that she was a victim of prejudice and an unfair trial, has gained even more attention. Murdered by his own guard in broad daylight in a public market area, his brutal death has brought Aasiya Bibi’s case and the ugly truth about Pakistan’s extreme religious realities further into the international spotlight.

Extremism isn’t creeping through the country, it has already metastasised. 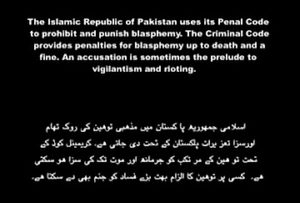 Murder is being condoned by countless people across the country. The murderer is being showered in rose petals and lionised. Of course, many in Pakistan have been disgusted and ashamed at the celebration and rationalisation of a murder of a man who simply spoke out against injustice.

Understanding how Pakistan reached this point is crucial to understanding the way back from the brink.

Blind Faith, a documentary by Sarah Naqvi, aims to help with this education. Targeted at both English- and Urdu-speaking audiences, the film bravely shows how a law created to maintain peace under British rule has been adapted and amended to oppress in Muslim-majority Pakistan. It talks about the newfound power of the maulvi in Pakistani society, the culture of violence that has been nurtured over the years, the horrible toll the Blasphemy Law has taken on minorities and Muslims alike, and how capital punishment for blasphemy has no basis in the history of the region or in Islam itself.

Naqvi’s intelligent production can be viewed in two parts on her YouTube channel.

Alternatively, Part 1 is embedded below. The video link for Part 2 follows at the bottom of this post.

You can find Part 2 here.