Quentin Tarantino is making a film on the Manson murders 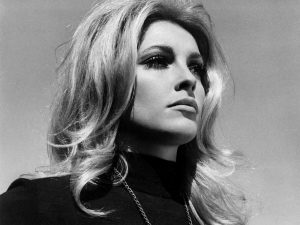 Quentin Tarantino’s next film will reportedly be on the murders of actress Sharon Tate (wife of director Roman Polanski) and her four friends, by Charles Manson’s gang of followers, known as the Manson Family.

The script is in its final stages, according to The Hollywood Reporter, and Tarantino has approached Jennifer Lawrence and Brad Pitt for the lead roles in the film. Deadline has reported that Margot Robbie has been offered the role of Tate, while Samuel L Jackson — a Tarantino staple — is also to be cast in this yet-to-be-titled project. Pitt has reportedly been offered the role of the officer investigating the murder.

Fans — as well as audiences who have been traumatised by the violence depicted in his films — would agree that Tarantino (director of Reservoir Dogs, Pulp Fiction, and The Hateful Eight), is best suited to tell the horrific story of the murders. It was an event that brought to a grinding halt the decade of the 1960s along its ideals of peace and love, and sent a current of dread through Los Angeles. 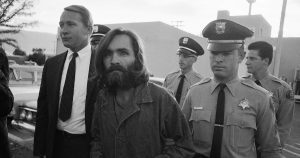 On the night of August 8, 1969, Charles Manson and four members of his cult broke into the Benedict Canyon home of Roman Polanski, in the posh Beverly Hills locality of Los Angeles. The Manson Family proceeded to carry out a massacre, targeting a pregnant Sharon Tate, her friend and Hollywood hairstylist Jay Sebring, the writer Wojciech Frykowski and two other guests (Polanski himself was in Europe). Susan Atkins, Patricia Krenwinkel and Tex Watson carried out the slaughter, and were arrested, along with Manson himself and a fifth member, in October, 1969. They were sentenced to life imprisonment.

The tragic incident, which exposes a darker side of Hollywood, is deeply inscribed on the collective psyche and culture of Los Angeles. According to The Hollywood Reporter, the film will begin shooting in 2018.