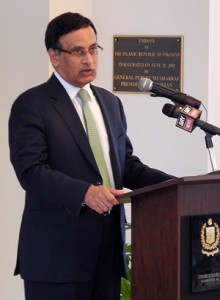 Osama bin Laden’s elimination, which though still shrouded in mystery, the Pakistani security establishment looked bruised and battered. The outpouring of criticism from all sides left it with no option but to beat a retreat and watch on as allegations and demands for accountability piled on.  Never before had the military and its intelligence outfits suffered such public humiliation. But with the November 26 attack by US-NATO gunships on the Salala Border Post in Mohmand the military has got a chance to bounce back. While the dismissal of ambassador Husain Haqqani — via the Memogate scandal — provided the army a huge chance to recover from the May 2 indignation, the Mohmand attack has catapulted the military back into a position of dominance, perhaps also subordinating, for the time being, the proceedings of the Abbottabad Commission that is agonising to reach the truth through people who matter.

The entire nation is justifiably outraged over the brazen US-NATO attack, and demands to review the relationship with the United States are echoing all around. Some mavericks — clearly out of synch with the intricacies of global geo-politics — even want to snap ties with Washington.

But the primary question flowing from such demands revolves around Pakistan’s internal political dynamics and the pre-dominant intrusion of the armed forces in national politics. A second question that arises out of the military’s role relates to accountability. A majority of Pakistanis deal with this issue in a rather cursory way that is manifest in how the private media handled the Memogate issue: instead of critically looking at all possible aspects of this scandal, most tended to hold Haqqani responsible for the controversial memo that Mansoor Ijaz claimed to have authored under instructions from the former ambassador.

Based on claims by Ijaz, all criticism of Haqqani narrowed down to the accountability of an ambassador. Legal experts even quoted various articles of the constitution to press for Haqqani’s trial — Article 6 states that any person who “attempts to abrogate or subvert or suspend or hold in abeyance… the Constitution by any unconstitutional means shall be guilty of high treason.” 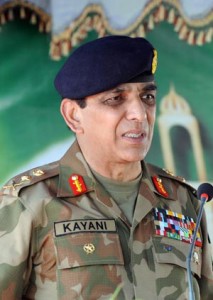 One of the proposals contained in the controversial memo suggests that the president of Pakistan would appoint White House-nominated ‘independent investigators’ to conduct an “independent inquiry into the allegations that Pakistan harboured and offered assistance to Osama bin Laden and other senior Al Qaeda operatives.” This falls under the purview of Article 42  since it is a violation of the president’s oath who swears to “bear true faith and allegiance to Pakistan,” and undertakes to  “discharge duties and perform functions honestly and faithfully, in accordance with the constitution and the law, and always in the interest of the sovereignty, integrity, solidarity, well-being and prosperity of Pakistan.” The president also undertakes not to “allow personal interests to influence official conduct or official decisions’’ and “preserve, protect and defend the constitution.”

Viewed against the present concentration of attention in the media and otherwise, it looks as if these constitutional provisions apply only to civilians. This focus obviously obfuscates the issue of across-the-board accountability. For instance, one of the questions that the current crisis kicks up relates to those Pakistani coup-makers, who abrogated constitutions and violated their oath, removing elected governments.  Is it fair to demand accountability or trial for treason for the functionaries of the civilian government only?

For example, under General Pervez Musharraf, for at least a couple of years, American soldiers would transit through Islamabad and Karachi International Airports without immigration procedures. This is not hearsay, but is based on an account given by senior government officials who were dealing with the American delegations at that time. The Marines on board C-130s would disembark the plane, go on board the vans waiting at the tarmac and speed off to their hotels in Islamabad, without even going close to the immigration counter.

Wasn’t that a glaring contravention of the Pakistani constitution and its laws that General Musharraf willfully permitted, using his absolute power? The GHQ League was then equally complicit in Musharraf’s carte-blanche to the American army. The coup of October 1999 and the Kargil fiasco in the summer of the same year are two glaring examples of how the armed forces manage to contravene and circumvent the constitution. 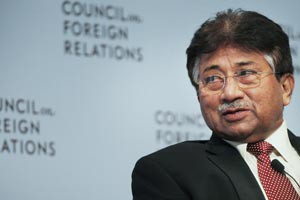 high-placed military officials, including coup-makers and their abettors? The principle of loyalty to Pakistan and the invocation of Article 6 must be applied across the board and not selectively. Whoever contravenes the constitution, or breaches his or her oath, must face the law. The Supreme Court, for example, has adamantly pressed for the implementation of its ruling on the controversial National Reconciliation Ordinance (NRO). What about the present army chief who, as the then chief of Pakistan’s ISI, was instrumental in crafting the NRO. The apex Court’s decision to admit Nawaz Sharif’s petition over the Memogate scandal also raises eyebrows for the simple reason that it continues to sit over Asghar Khan’s petition against the ISI’s role in successive elections, and its funding of anti-PPP alliances?

When will the chief justice pull that case out of the cold storage to dispel the impression that Pakistan’s highest court also feels helpless vis-a`-vis the ISI?  While all Pakistanis must stand up to challenges against the country’s interests from varied sources, they must also press for the accountability of all those involved in running the state. The onus of such accountability does not rest on civilians alone, who often operate in an environment distorted by the armed forces’ predominance. This is not to exonerate civilians from their responsibilities but to underline the need for just and equitable accountability. Unless civilians can demonstrate integrity and real commitment to the state and its people, it will be very difficult for them to upstage an omni-present military establishment. Creating a balance between civil-military relations requires trust and uprightness on both sides, and in the absence of that, the military establishment will continue to enjoy its predominance over politics in the country.

This article is part of a larger cover story on the internal dynamics of civilian and military power players and  originally appeared in the December 2011 issue of Newsline under the headline “One Law To Rule Us All.”