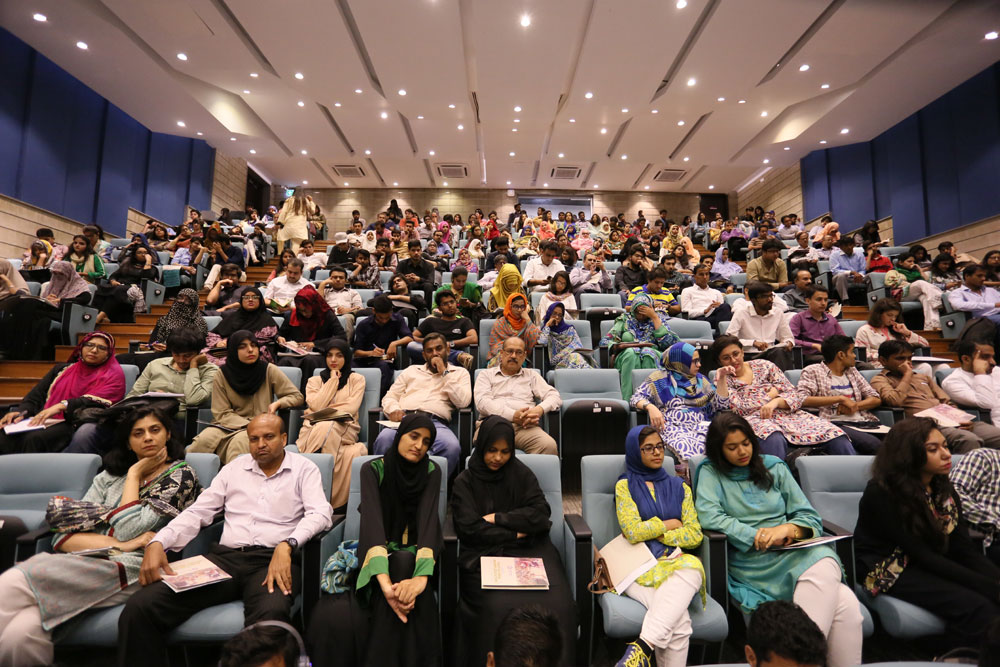 The Postcolonial Higher Education Conference (PHEC) has been hosted for the third time by Habib University, Pakistan’s first liberal arts and Sciences University located in Karachi. The conference is one of the premier occasions to bring some of global academia’s most renowned speakers into discursive engagement with Karachi’s academia and interested public. In 2014,Dr. Gayatri Chakravorty Spivak, University Professor of Columbia University was welcomed as the keynote speaker.

This year’s PHEC focused on the theme “Inheritance of Injustice” to highlight the results of historical injustices seen today in many facets across the world, from economic and ecological to geo-political. As the forms of knowledge inherited from colonialism further entrench this injustice, the PHEC seeks to fill the void by inviting scholars, thinkers, activists and writers to reflect on the lingering crisis. This year’s conference included top global academics from South Asia, Africa, the US and UK.

Economist Dr. Mwangi wa Githinji from the University of Massachusetts at Amherst, in his keynote speech addressed the question of a just postcolonial development. He explored the ways in which “inherited economic, social, language and ecological structures transmitted colonial injustice into the present.” He suggested that today, “Development is still understood in a deficit model based on dualities with the aim to move countries to be more like the ‘modern’ and ‘industrialized’ world” and called for education systems to also break out of their post-colonial inheritance to indigenizing systems in which “language is a library of ideas and telling a story allows us to create our own histories.”

Professor Githinji thoughtfully answered questions from the audience, and thoroughly endorsed “liberal arts and sciences education [that] allows us to become knowledge creators rather than just consumers. Part of this process requires a rethinking of our history, even before colonialization.Telling of a story is the creation of a memory.” 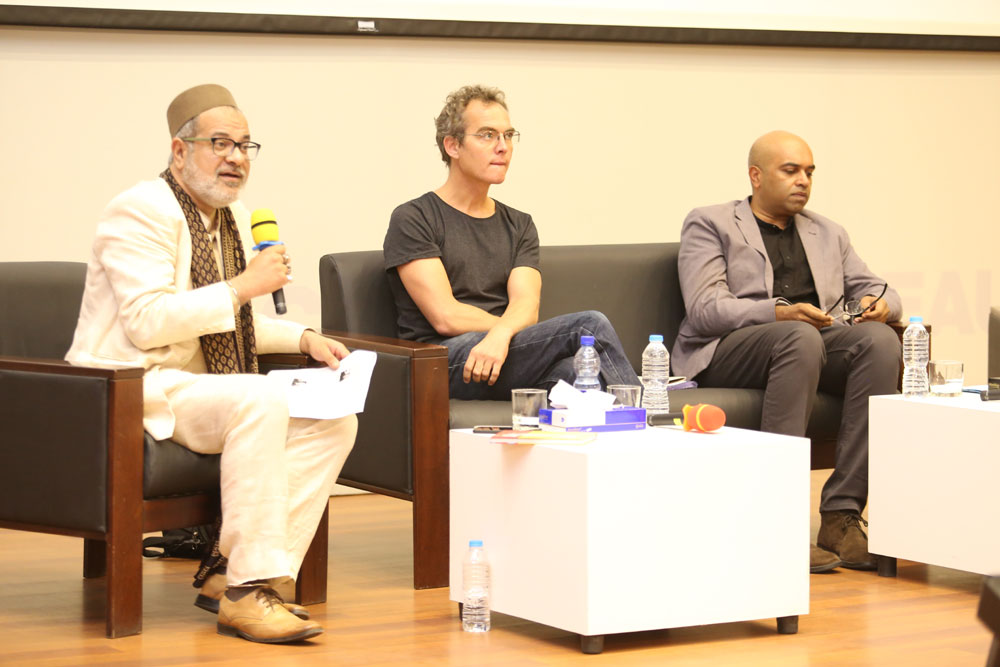 In the first panel, Dr. Suren Pillay (right), University of the Western Cape, stressed that “intellectuals must struggle to decolonize knowledge, by not taking progress and civilization at face value, but by telling more multiple and messy stories that co-constitute the story of the modern state.” Professor Peter Hallward of Kingston University, London, explored the nature and value of popular sovereignty. They are pictured above in conversation with Dr. Nauman Naqvi (left) of Habib University.

The second panel titled ‘Confronting a Fractured Past’ brought two well-known academic-novelists in conversation with Dr. Asif Aslam Farrukhi to speak of their creative work as a symbol of political resistance. Dr. Salgado’s novel A Little Dust on the Eyes, reflects on the conditions of civil war and the traces left of terror and trauma on people in Sri Lanka: “Writing is a way of bearing witness of the past […] Self-censorship destroys from within.” 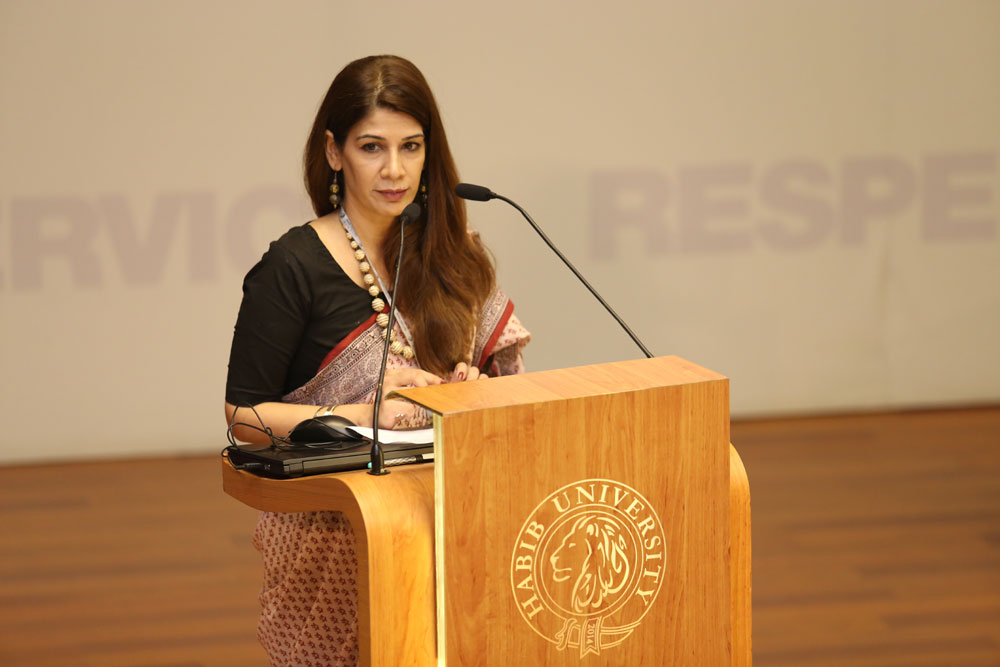 Dr. Sabyn Javeri spoke about teaching feminist fiction in the Pakistani undergraduate classroom, and reflected upon growing up at a time when she didn’t get to read her own literary heritage. Her own novel Nobody Killed Her, addresses varied struggles of women’s empowerment within patriarchal and class-based societal structures, but she also emphasized how feminism is about the enfranchisement of all genders.

The third panel ‘Revisiting Emancipatory Futures’ highlighted alternate economic visions needed to improve lives of economically marginalized people. The interim Dean of Arts, Humanities and Social Sciences of Habib University, Dr. Craig Phelan, explored the role of trade unions in the struggle for labor rights: “Unless African trade unions are prepared to shed their European notions of what the working class is and adopt a postcolonial vision that more accurately reflects economic circumstances, one of the most progressive forces on the continent will soon wither and disappear.”

Expanding the dialogue further, well-known academic-activists, Dr. Shahram Azhar and Dr. Ammar Ali Jan  challenged dominant discourse of labeling Marxism as a ‘Eurocentric’ ideology. They problematise the intellectual history of Marxism which looks at the rest of the world with Western-tinted spectacles of ‘progress’ and ‘modernity.’ Dr. Azhar proposes progressive political visions of South Asia “have to start talking about the economic system of capitalism that keeps perpetuating the injustices left by inherited systems and thought”.

Habib University’s premier auditorium was filled with guests from Karachi’s academic and literary circles, and got many opportunities to ask questions as well as engage directly with the speakers during breaks.