PML-N and Bigotry: The ‘Basanti’ Connection 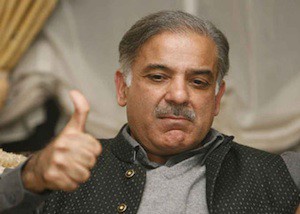 While Jamaat-e-Islami might be the biggest party supporting the Talibani mindset in Pakistan, the PML-N seems to be certainly competing for the position. The legacy of Zia-ul-Haq lives among us today through these political parties. The vote bank of the PML-N is largely comprised of right-wing conservatives (unsurprising considering the demographic composition of the areas the party controls). Fearful of losing control, the PML-N has had a long record of appeasing the demands of rightists. In doing so, it has been guilty not just of uncountable accounts of serious violations of human rights but also of completely denying justice to the underprivileged segments of society.

More than a decade ago, certain members of the Punjab Provincial Assembly demanded that the name “Rabwah” (the name for the only Ahmadi-majority city in Pakistan) be changed. Anti-Ahmadi Khatme Nabuwwat claimed that the word “Rabwah” was derived from the Quran and therefore only state-defined Muslims could use the word. The Punjab Assembly, headed by Shahbaz Sharif, surrendered to this contemptuous demand without hearing the opinion of a single resident of Rabwah. With the stroke of a pen, the city’s name was changed to “Chenab Nagar” very much against the wishes of its residents.

Then in 2008, after fierce protests by the Islami Jamiat-e-Talaba’s caused the expulsion of all 23 Ahmadi students from Punjab Medical College due to their faith, the PML-N government turned a blind eye. Fearful of upsetting the radical right, the careers of 23 competent medics were left to rot. Thanks to late Governor Salmaan Taseer’s timely intervention, the students were relocated to other institutions.

Then in 2009, the shameful Gojra incident occurred where eight Christians were burnt alive. A mob of banned religious outfits was responsible for the carnage. Chief Minister Shahbaz Sharif refused to visit the victims. The threat of resignation from a Christian provincial minister, Mr Kamran Michael, as well as strong international protest forced Sharif to eventually rethink his decision four days after the brutal killings. 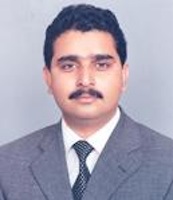 The list of incidents of PML-N bigotry and chauvinism is unending. The party has had an unshakeable relationship with the violation of minority rights. Last week, bigoted leaders of the PML-N expressed major concern over Michael presenting the annual budget speech in the Punjab Assembly. And no, this was not because Michael stuttered like the king in The King’s Speech or had any problems with his fluency with Urdu or English. It was because he was a Christian. This was apparently such a critical issue that a “high-level” meeting was called and Michael was stripped of his position in the finance ministry. Once again, Shahbaz Sharif was the man behind the decision.

The PML-N came under heavy criticism once again from local and international groups and was forced to reinstate Michael — and he eventually presented the budget on June 10. While this is the latest display of PML-N’s twisted mindset, it will not be the last.

Shahbaz Sharif, like his brother, has had a long history of accommodating Punjab’s intolerant clergy, and causing immense pain to minorities. For example, many members of minority groups rot in jails in Punjab on bogus charges, their trials interrupted, their attackers acquitted.

The reversal of the decision regarding Kamran Michael makes one thing clear: the PML-N is facing a serious problem. Now that the world watches Pakistan closely, the party leadership has an international audience to please. It is in a fix, struggling hard to decide between doing what is right and what is rightist.

But then a friend tells me Shahbaz Sharif is a good man and the PML-N’s proclivity for bigotry is due to the preponderance of rightist members in the party. If this is the case, my advice to the chief minister would be best conveyed in the words my friend Taimur Khan likes to recite: “Basanti, in kutton ke saamne mat nachna” (Basanti, stop dancing in front of these dogs).

But to be honest, I have very little hope that Sharif will stop dancing before his dogs.

Click on play to start the video. Maybe Chief Minister Shahbaz Sharif can be inspired by some old filmi wisdom re-done with a modern twist: