Photo Feature: Heritage of the Mirs of Khairpur 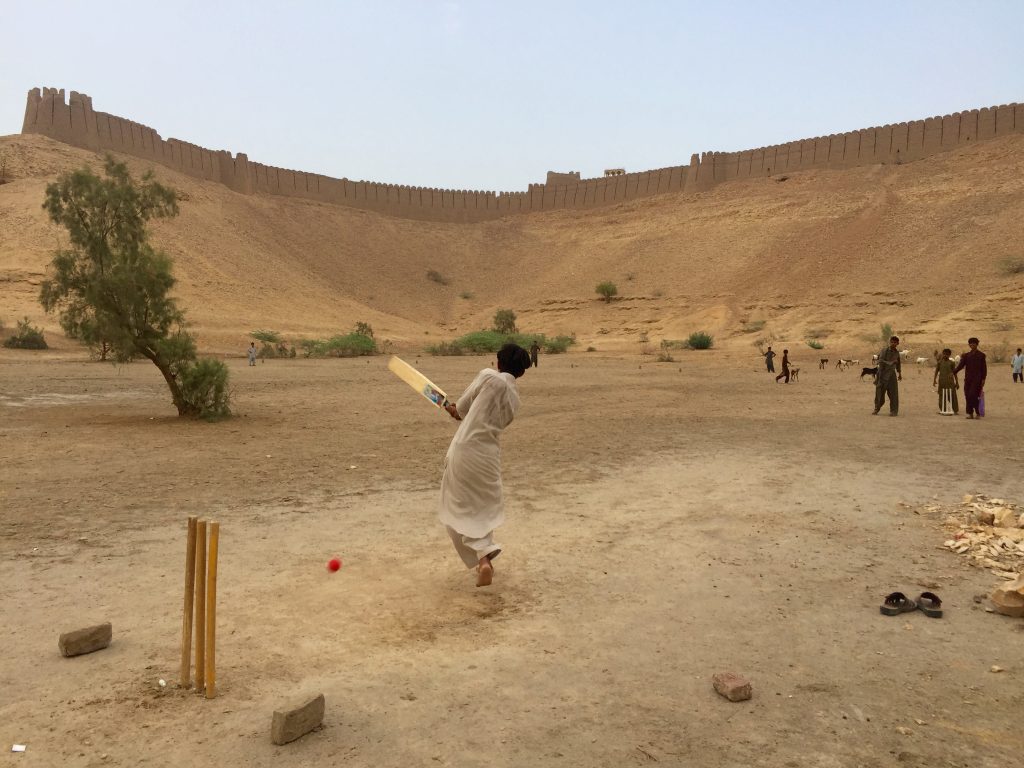 Locals play cricket in front of the fort at Kot Diji, in Khairpur District. The National Highway (N-5) snakes past the fort. 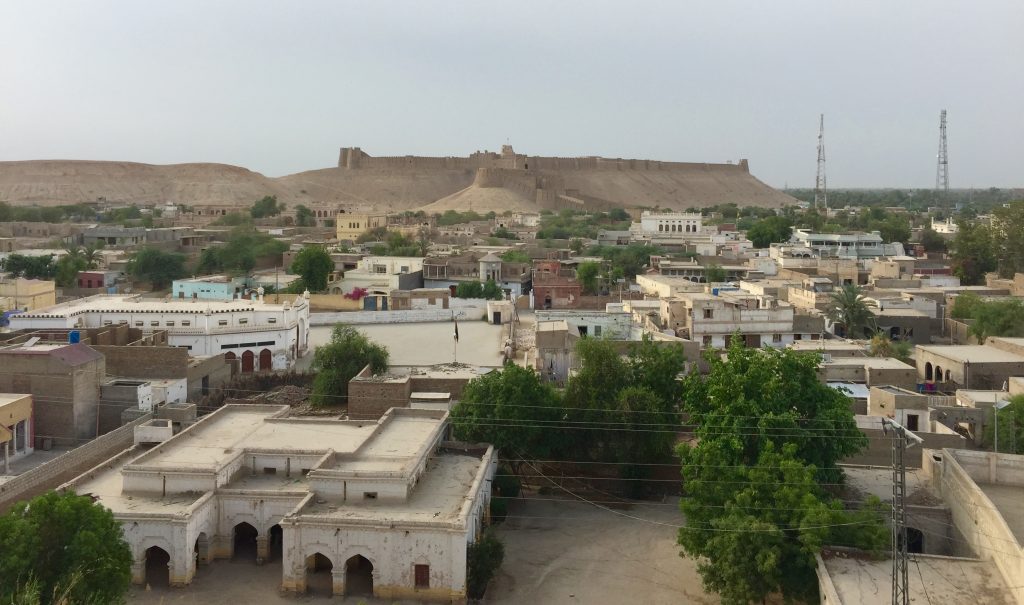 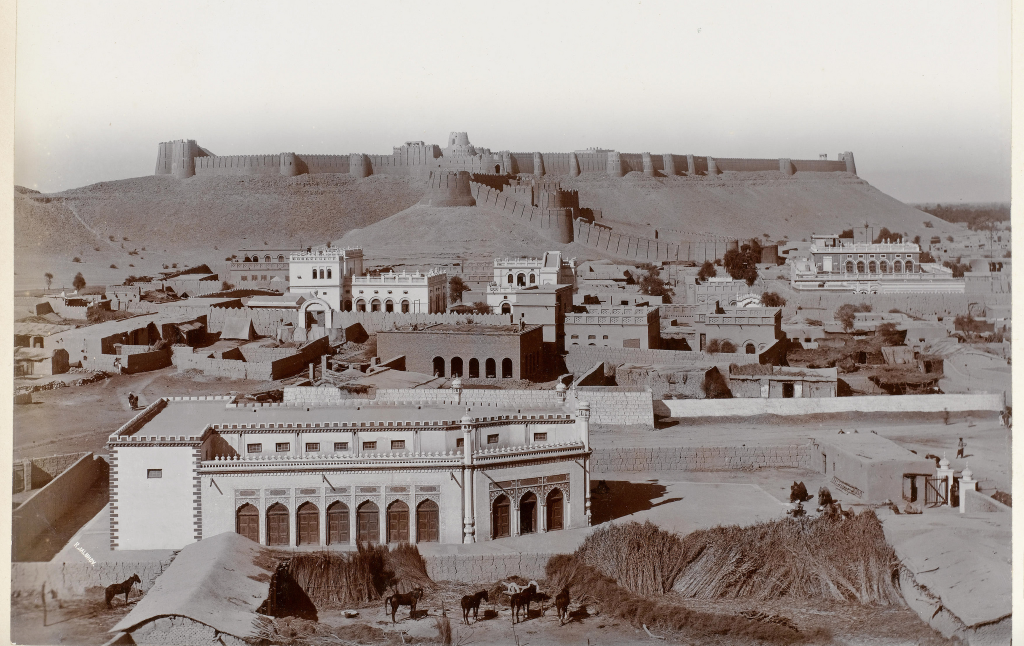 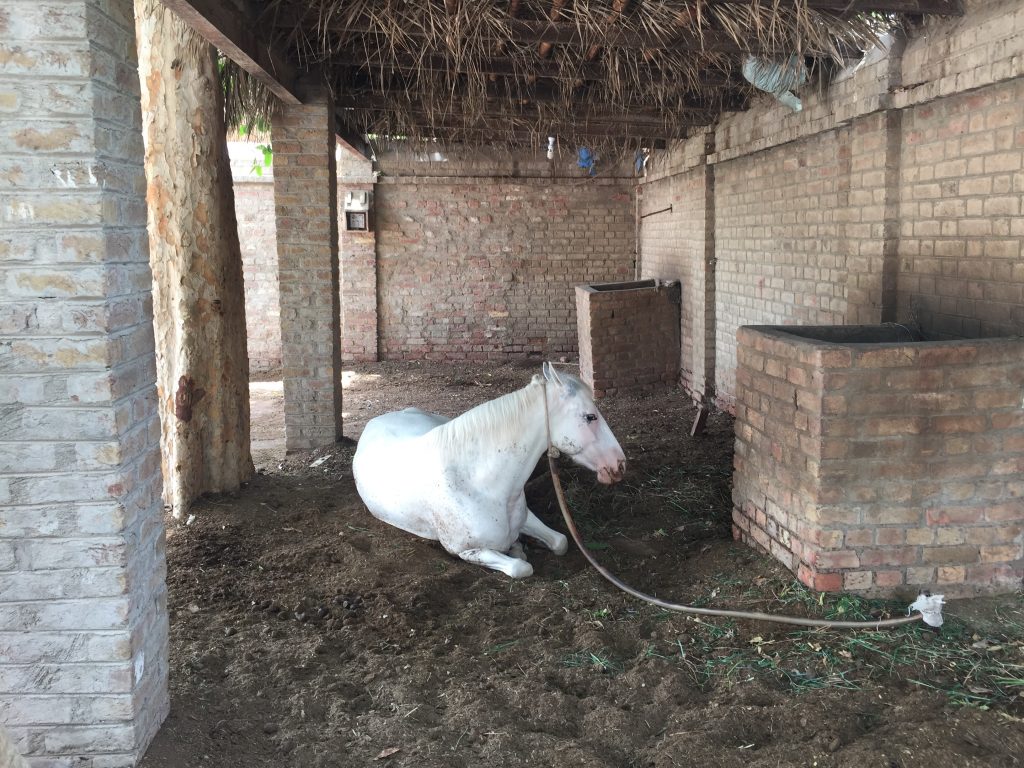 Remnants of the stables of the Mirs of Upper Sindh, on the premises of Faiz Mahal in the town of Khairpur. 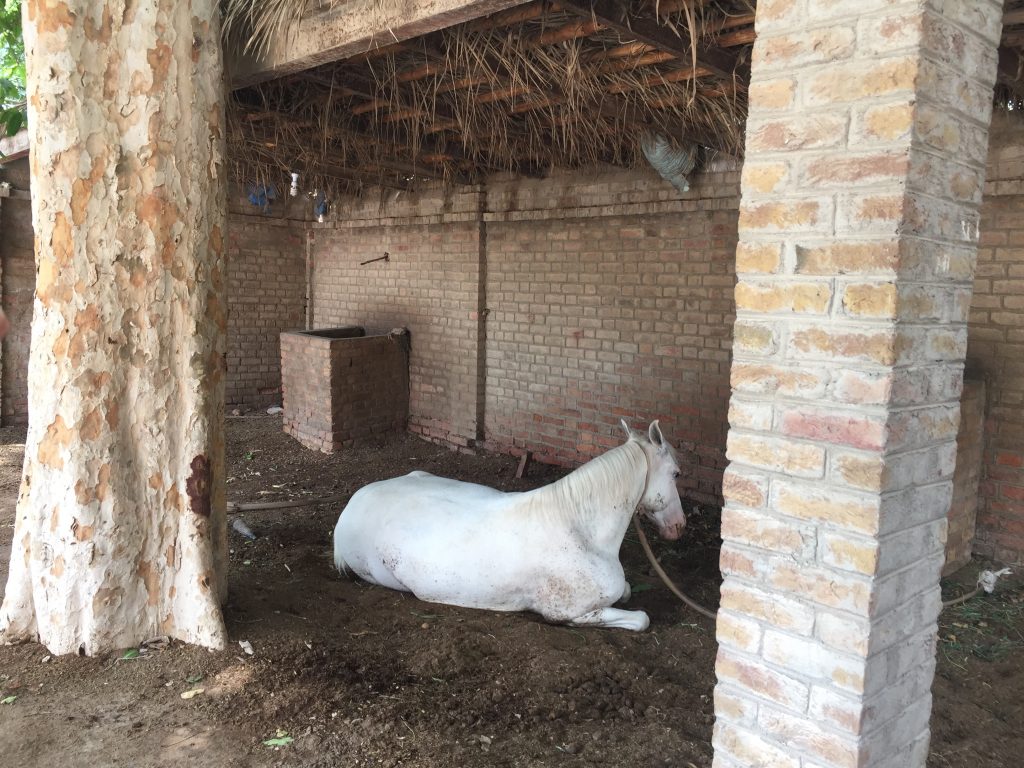 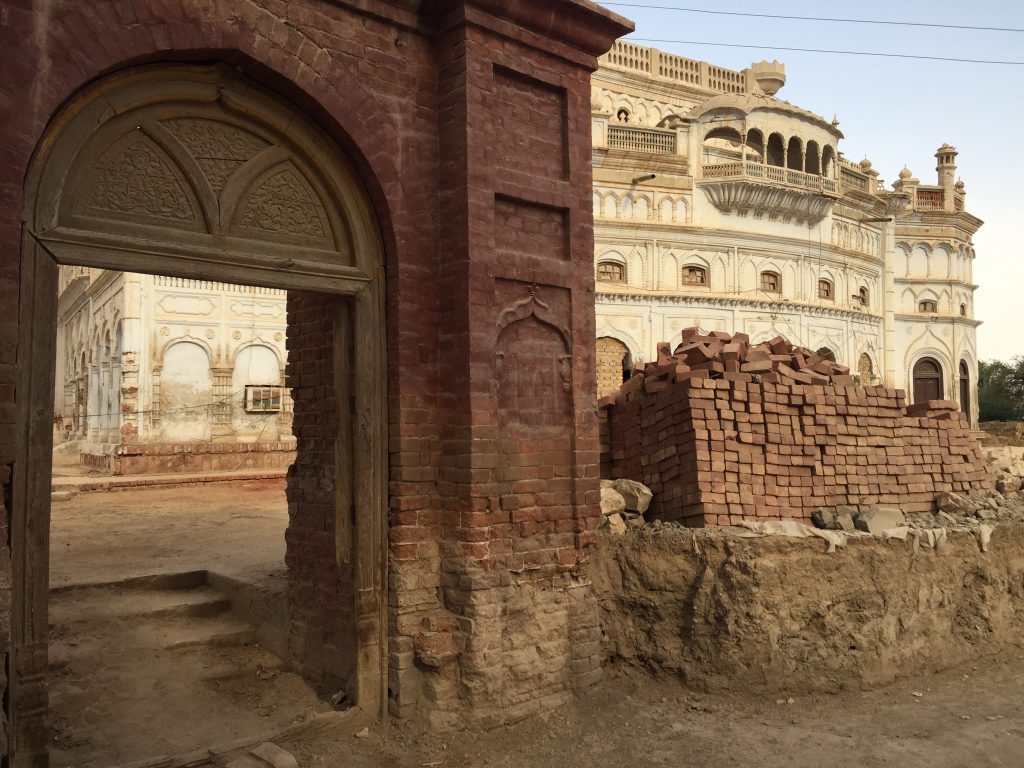 Conservation work being carried out on Suffaid Mahal, which was built in the 1890s as a royal darbar/court of Mir Faiz Mohammed I. Mir Ahmed Talpur, the current proprietor of the building complains that the Endowment Fund Trust (EFT) started conservation work on the structure four years ago, but none of it has been completed as yet. According to Mir Ahmed, the EFT aimed to repair the pillars and carry out conservation work on the roof of the structure.“We are using bricks from Rahim Yar Khan,” explains Hamid Akhund, secretary of the EFT, “as these are of the required thickness and are made of earth that doesn’t contain salts.” Mir Ahmed explains that the EFT had also started building a boundary wall around the darbar two years ago. “But that didn’t get very far either,” he laments, as he points towards a pile of bricks lying at the entrance of the compound. 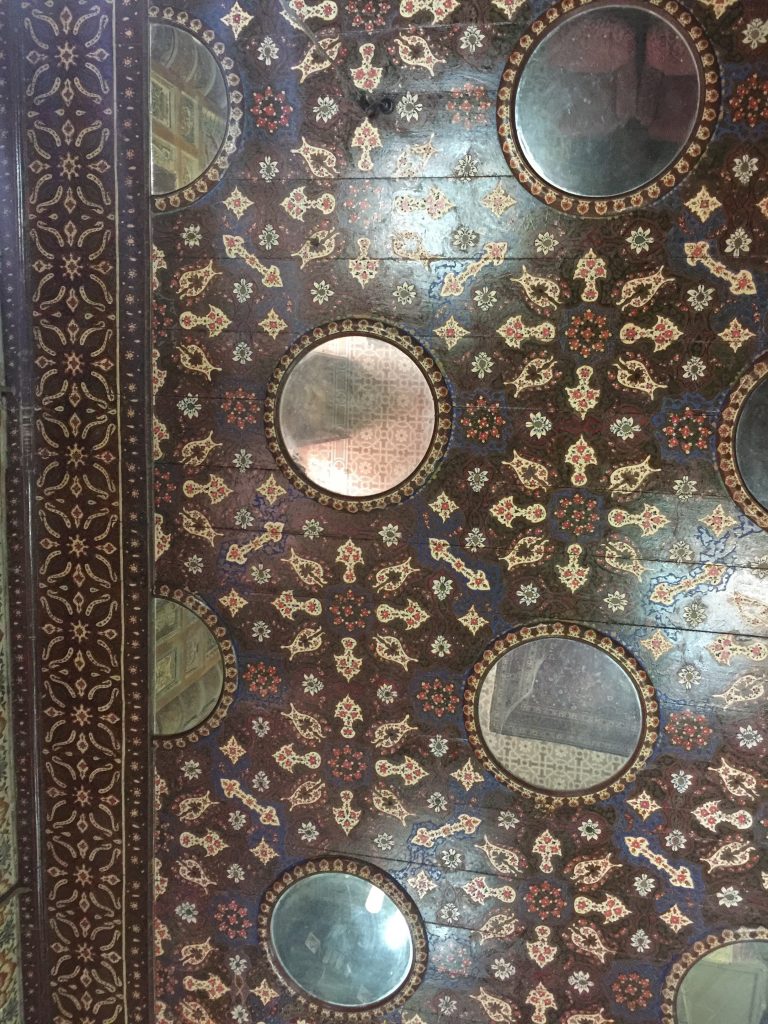 Decorative mirror work in the ceiling of the dewan-i-aam (hall of audience) in Suffaid Mahal. Mir Mehdi Raza, son of Mir Ali Murad II, explains that the mirrors in the ceiling also served a practical purpose: “They would multiply/reflect the light of candles and lanterns at nighttime in the pre-electricity days.” 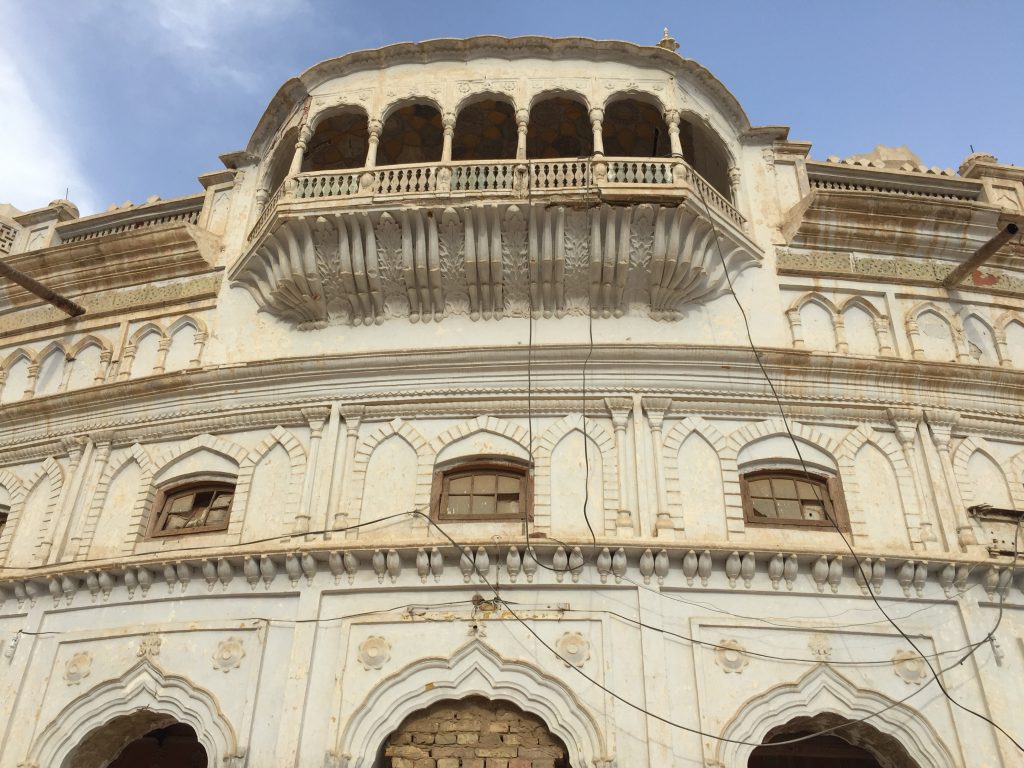 The exterior of Suffaid Mahal. According to Dr Anila Naeem, Co-Chairperson of the Department of Architecture and Planning at NED University, “The protruding balcony, or jharoka, on the first floor, is a typical feature in the palaces and havelis of Rajasthan.” Naeem explains that since the balcony of Suffaid Mahal overlooks the compound within the boundary of the bungalow, “it is quite possible that it may have been used for ceremonial purposes by the royals, for public sightings, as was the tradition among the Mughals, and British royalty as well.” 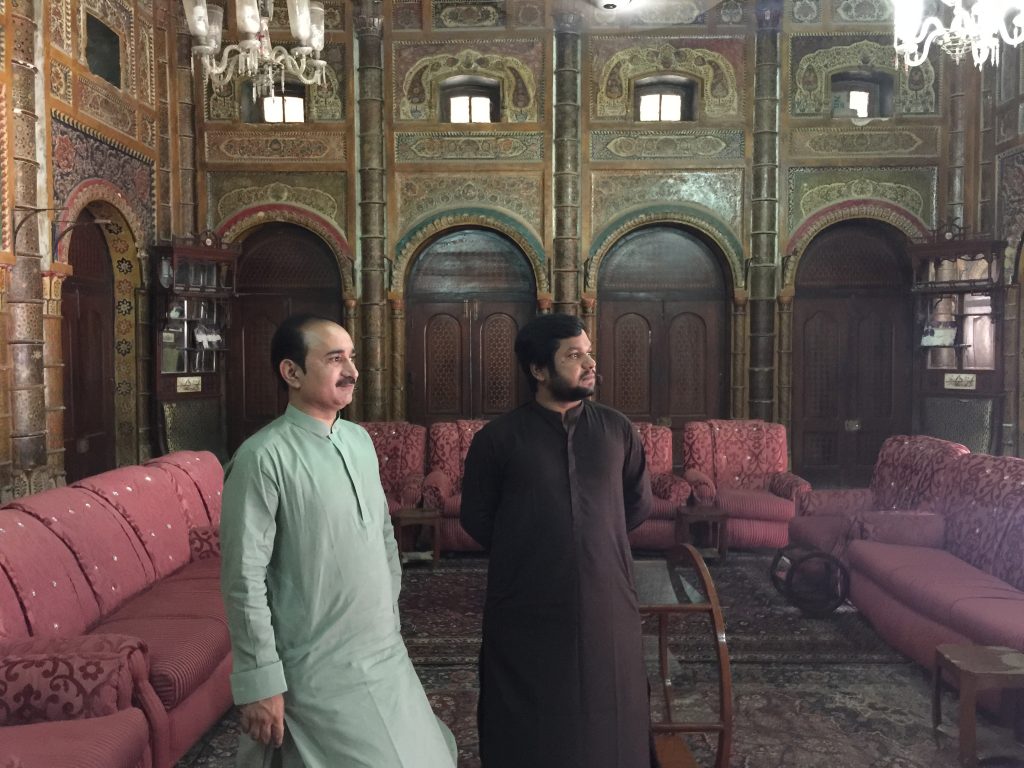 Mir Ahmed (L) and a cousin, in the dewan-i-aam of Suffaid Mahal. 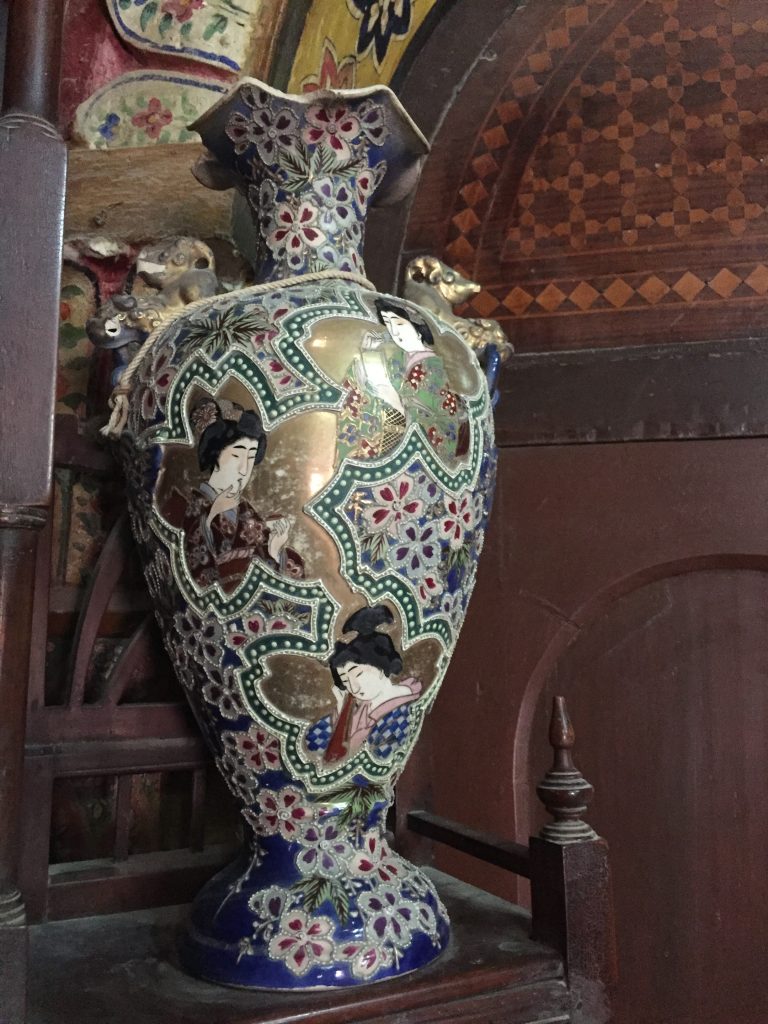 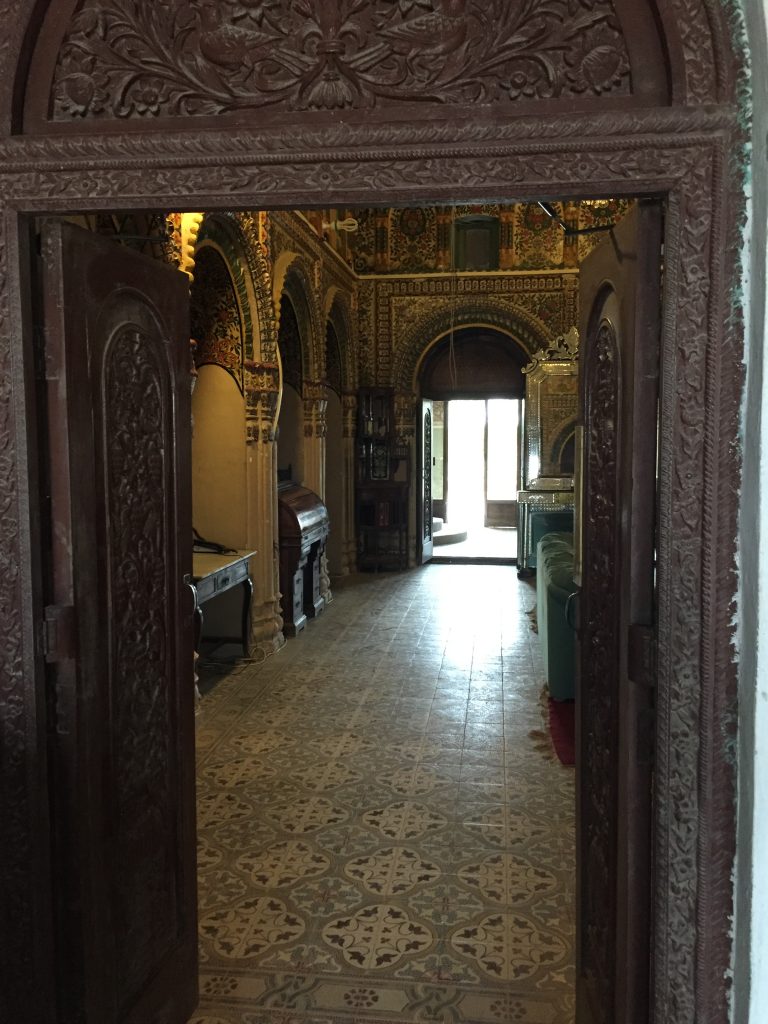 The entrance to the dewan-i-aam in Takkar Bungalow, built in the 1890s by Mir Faiz Mohammed I to house important guests. 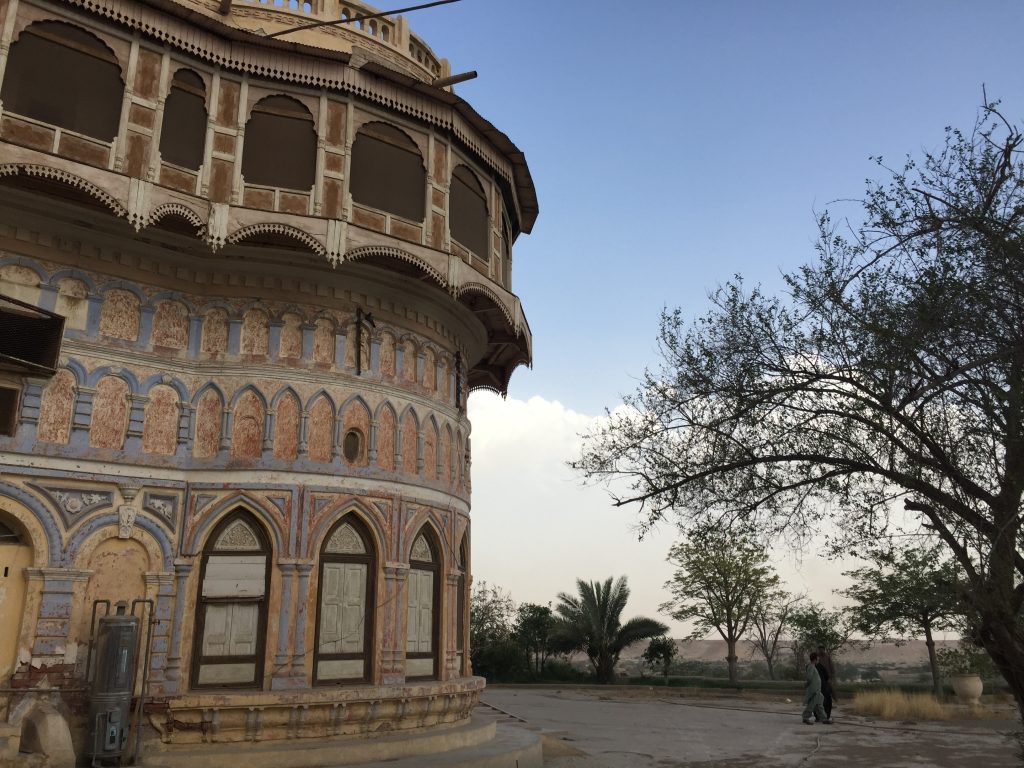 While guests would stay inside Takkar Bungalow, Mir Faiz Mohammed I would pitch tent in the courtyard outside. According to Mir Mehdi, the male members of the royal family of Khairpur always lived in tents, owing to the fact that “they were nomadic Baloch tribesmen.” Women and children, on the other hand,  lived in the zenana. 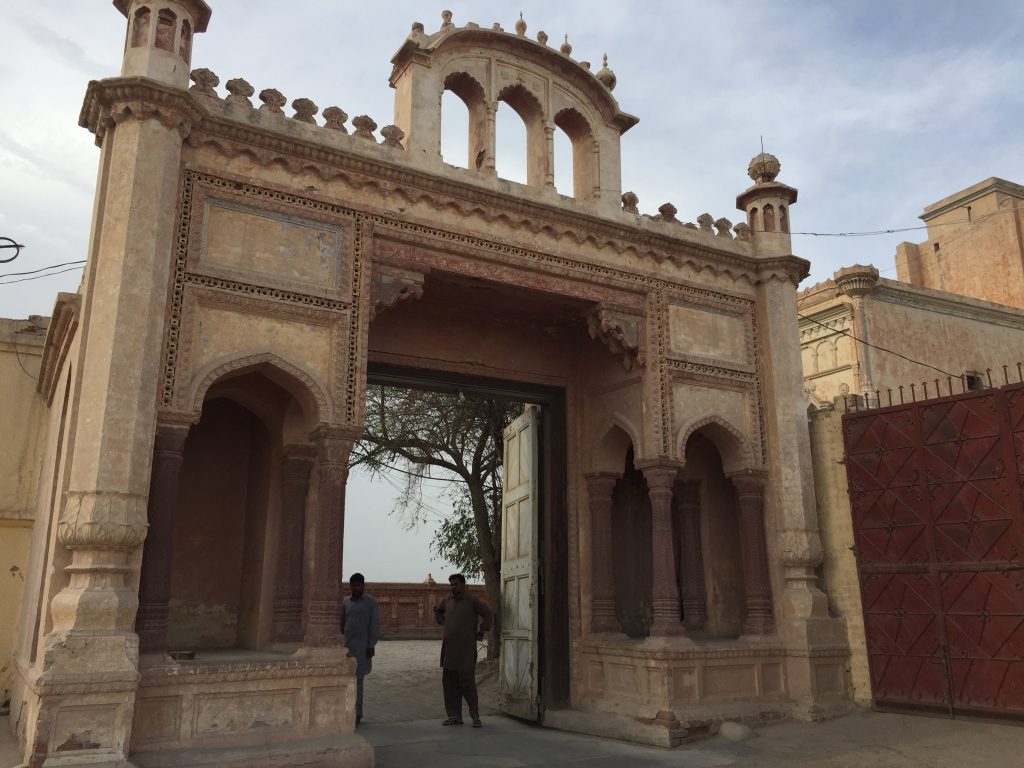 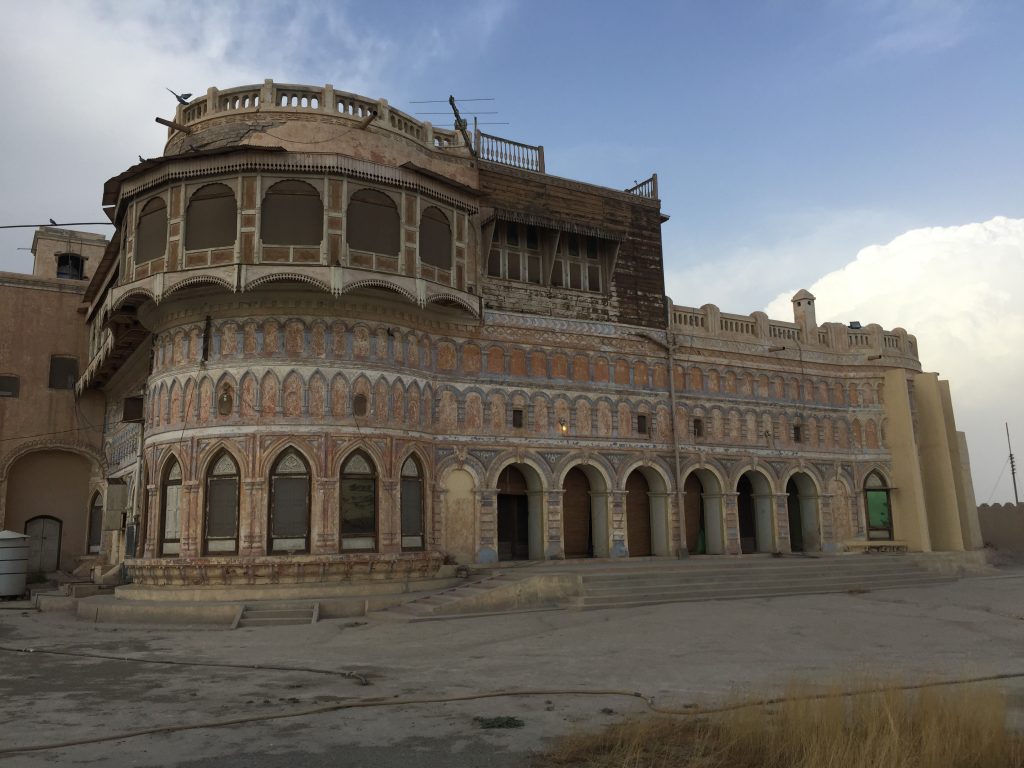 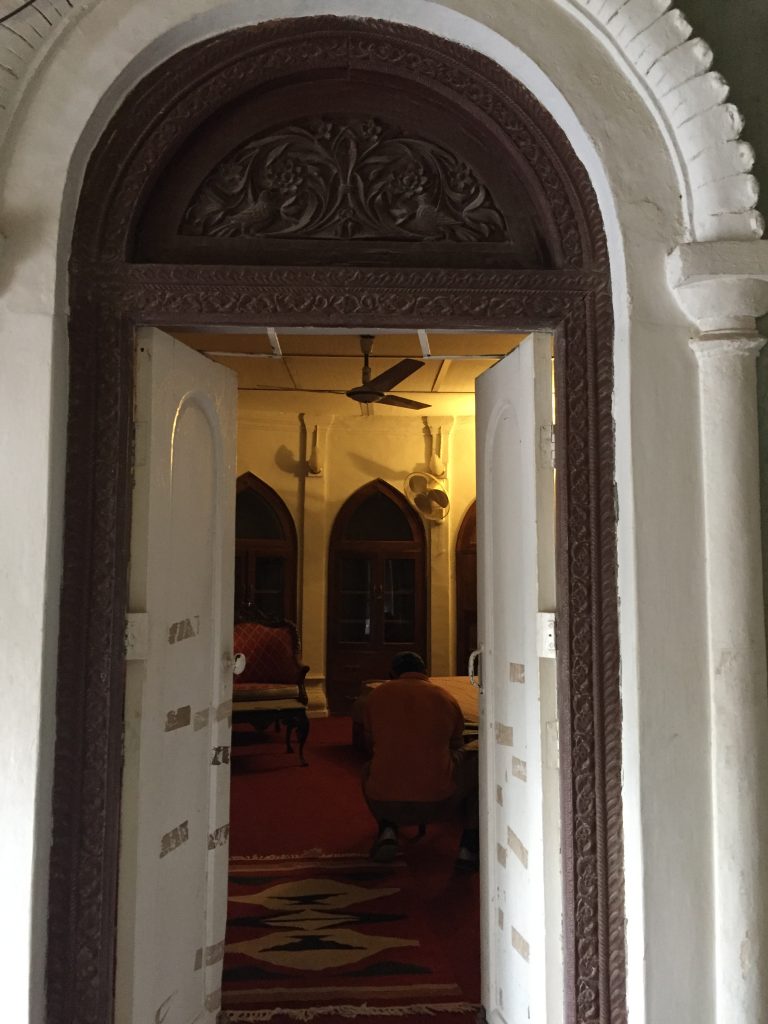 Entrance to a bedroom in Takkar Bungalow. 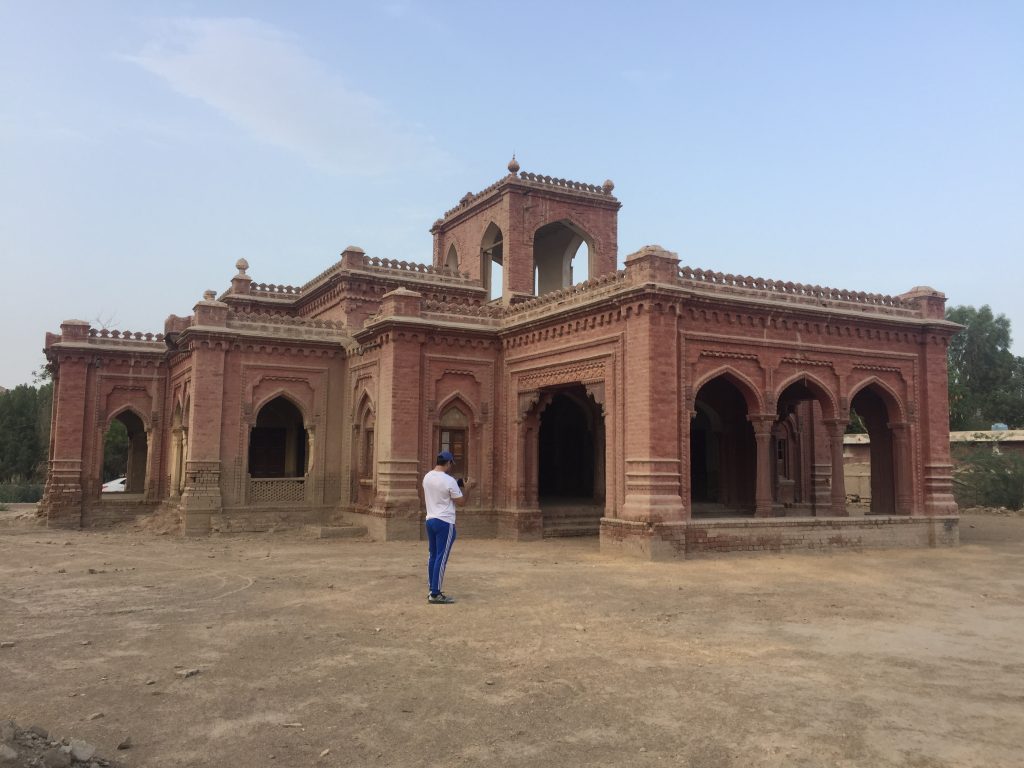 Madame’s Bungalow, or Mandam Waro Bungalow, was also built in the 1890s, as a residence for the French nanny of Mir Ali Nawaz. One of Kot Diji’s best kept secrets, this home of Mademoiselle de Flo exudes a quaint and understated charm and displays some of the most intricate stucco work. 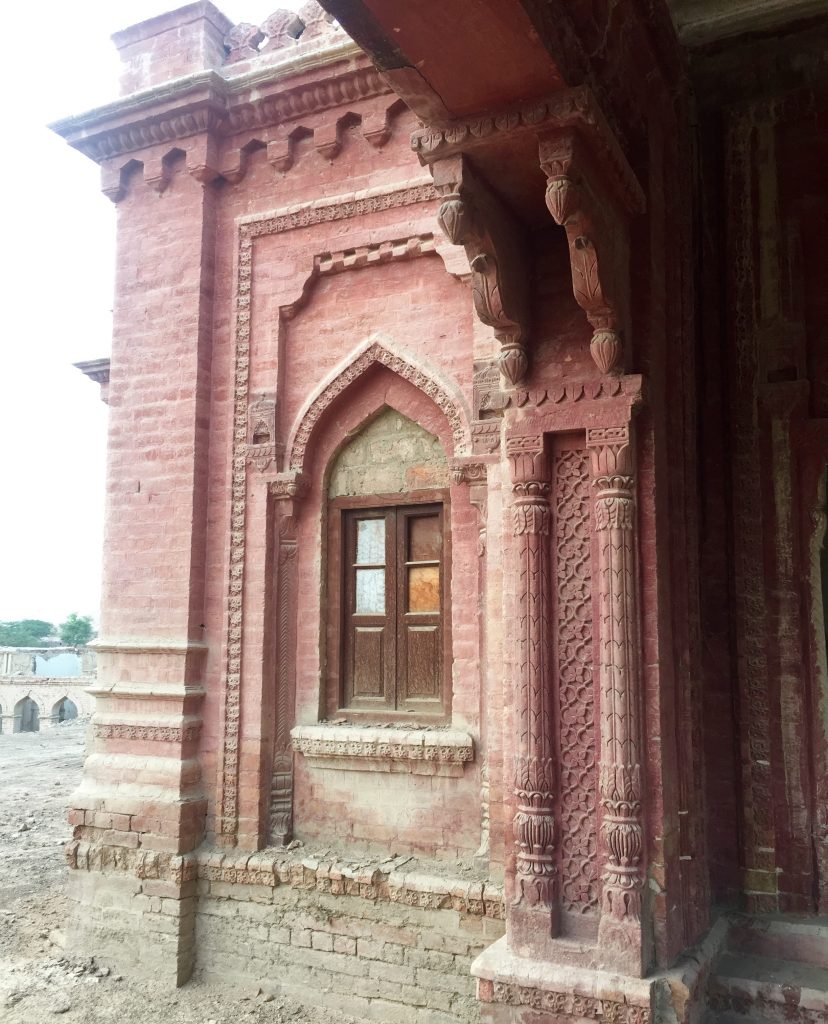 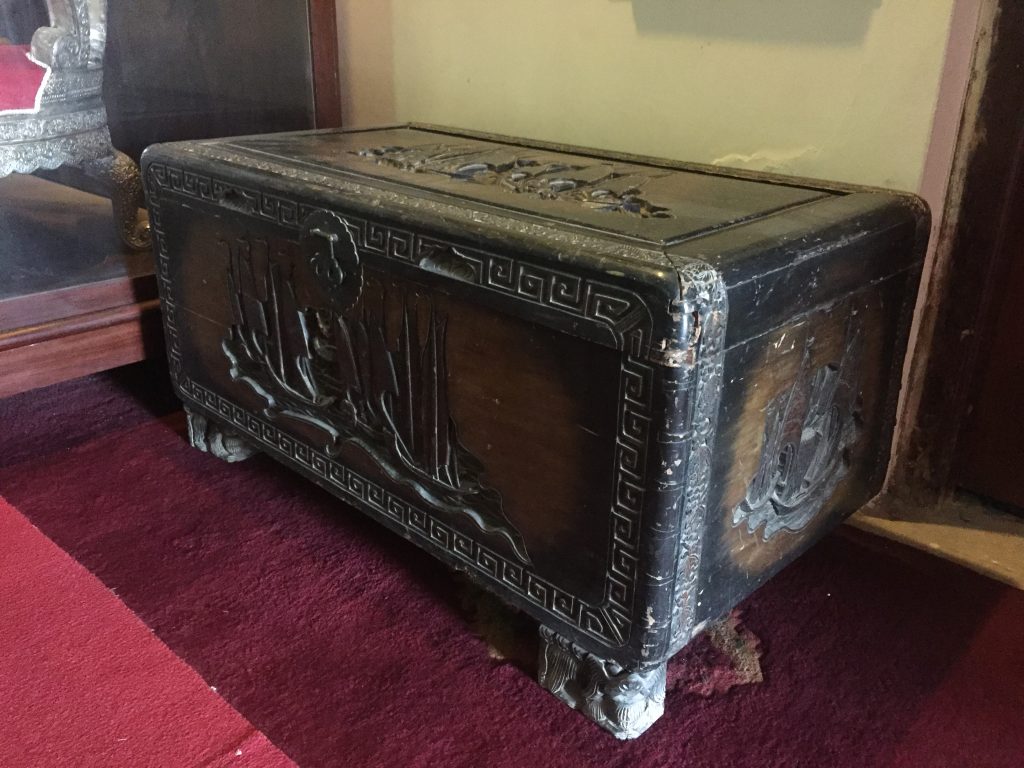 An antique chest in the dewan-i-aam of Faiz Mahal, in Khairpur. 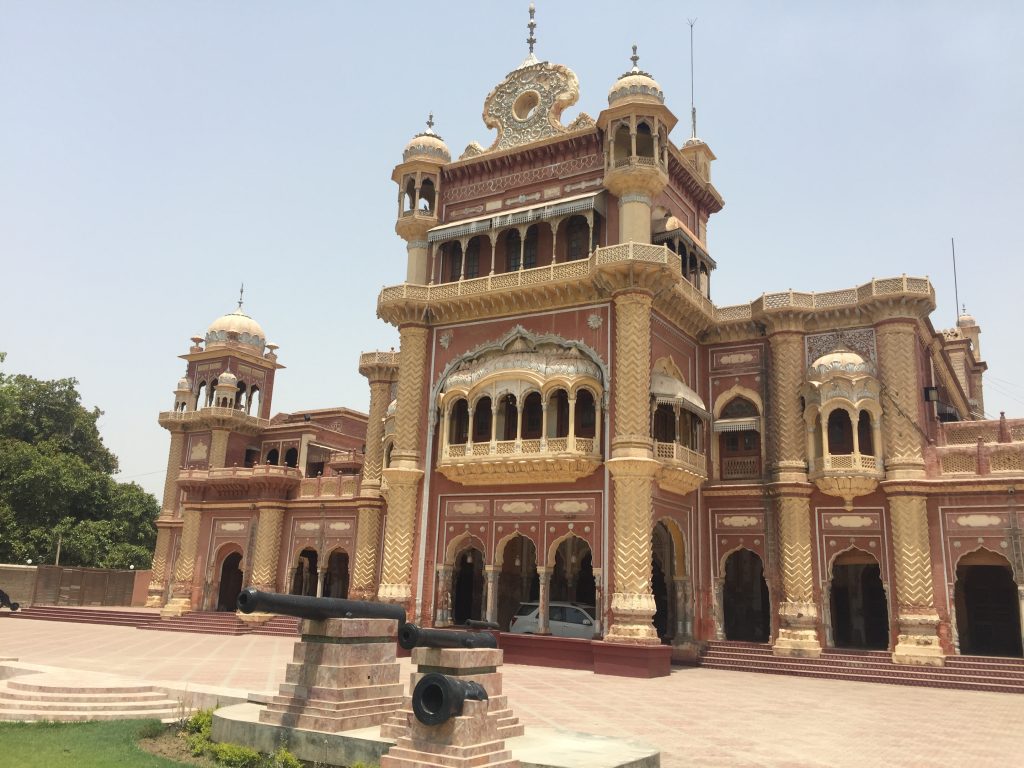 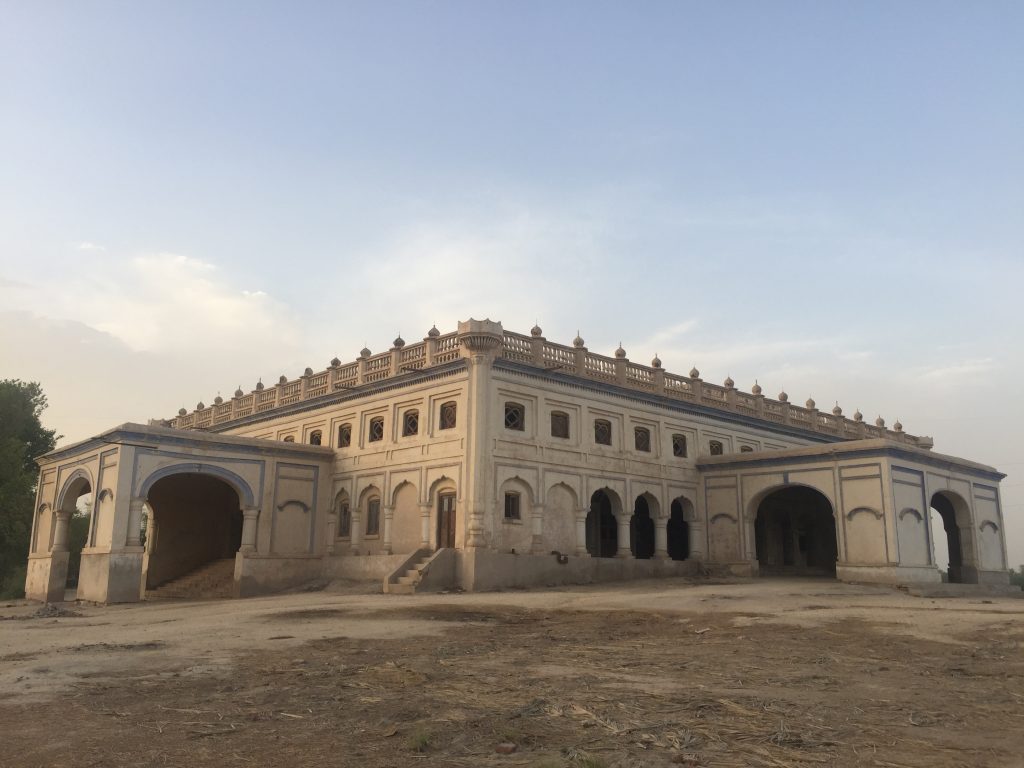 Shaahi Mahal too, was constructed in the 1890s by Mir Faiz Mohammed I as a royal court. It remained a court until the 1920s, when, under the reign of Mir Ali Nawaz, Khairpur State adopted the British legal system. 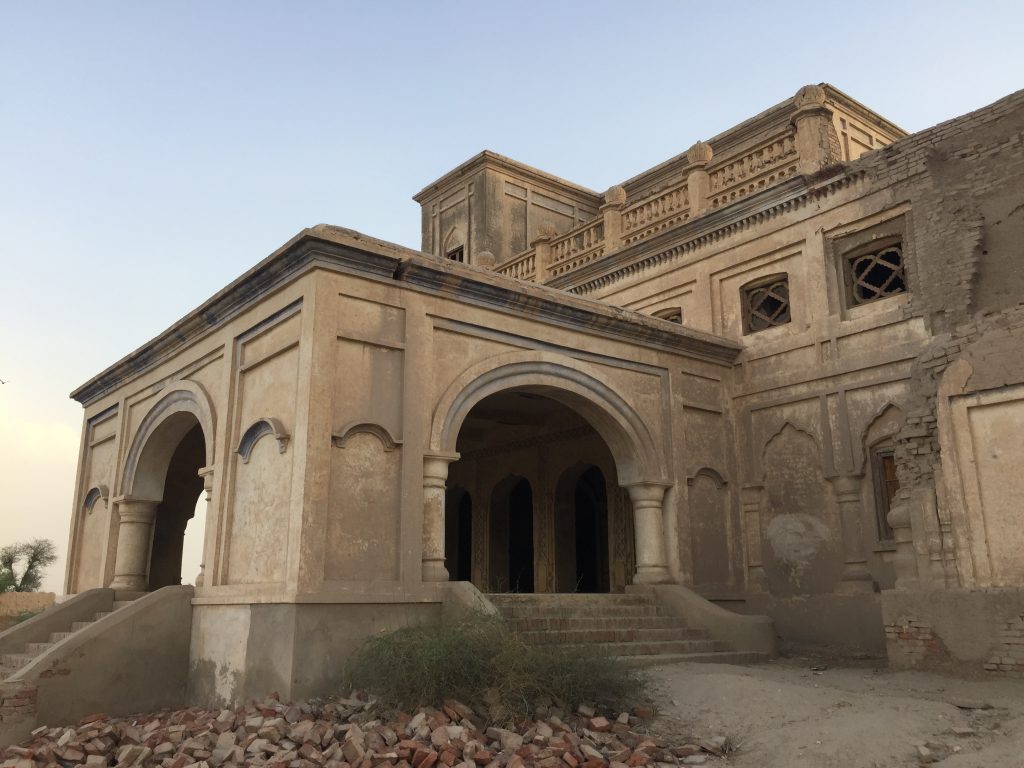 Crumbling Shaahi Mahal is in urgent need of conservation. 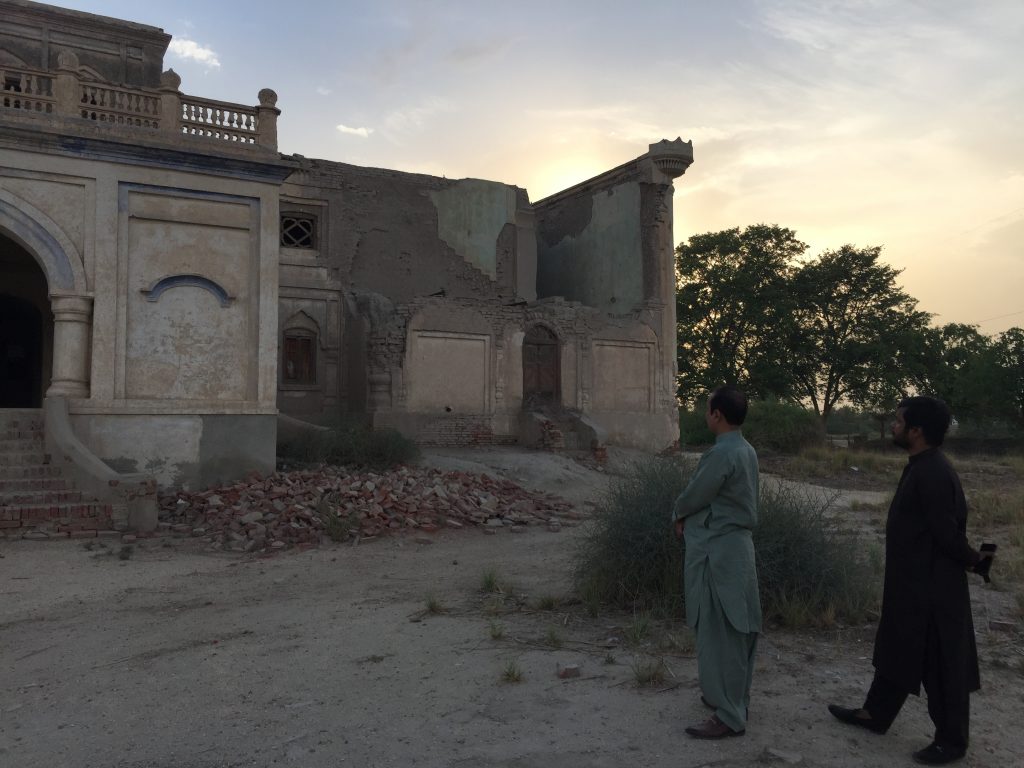 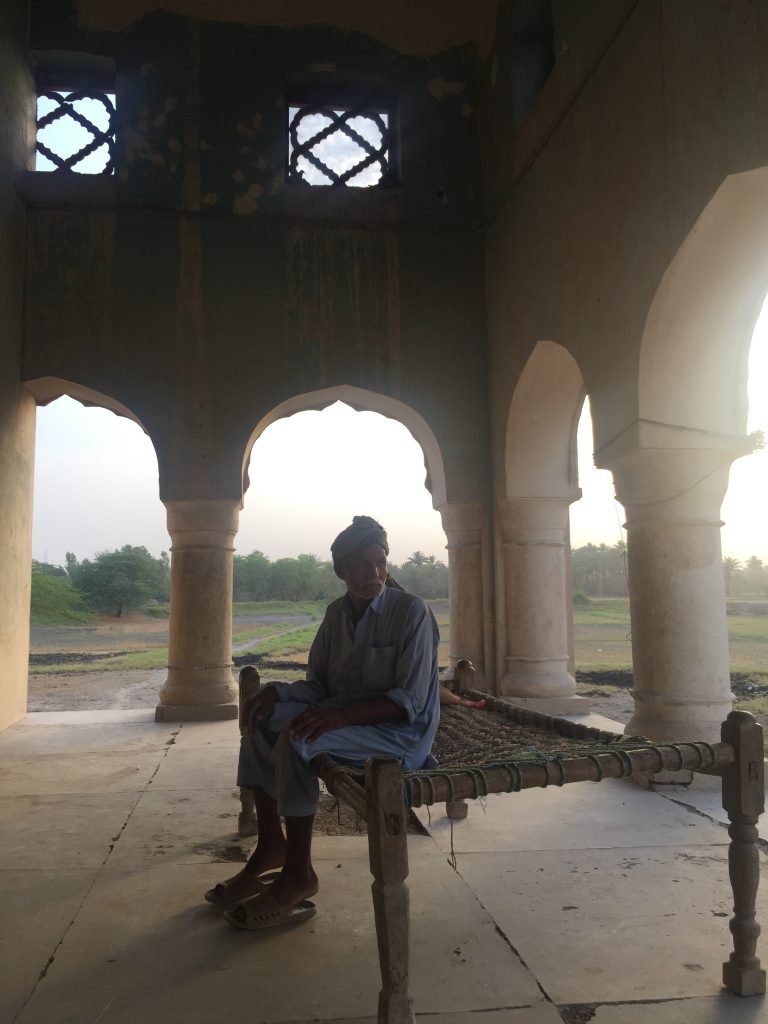 The sole watchman of Shaahi Mahal. 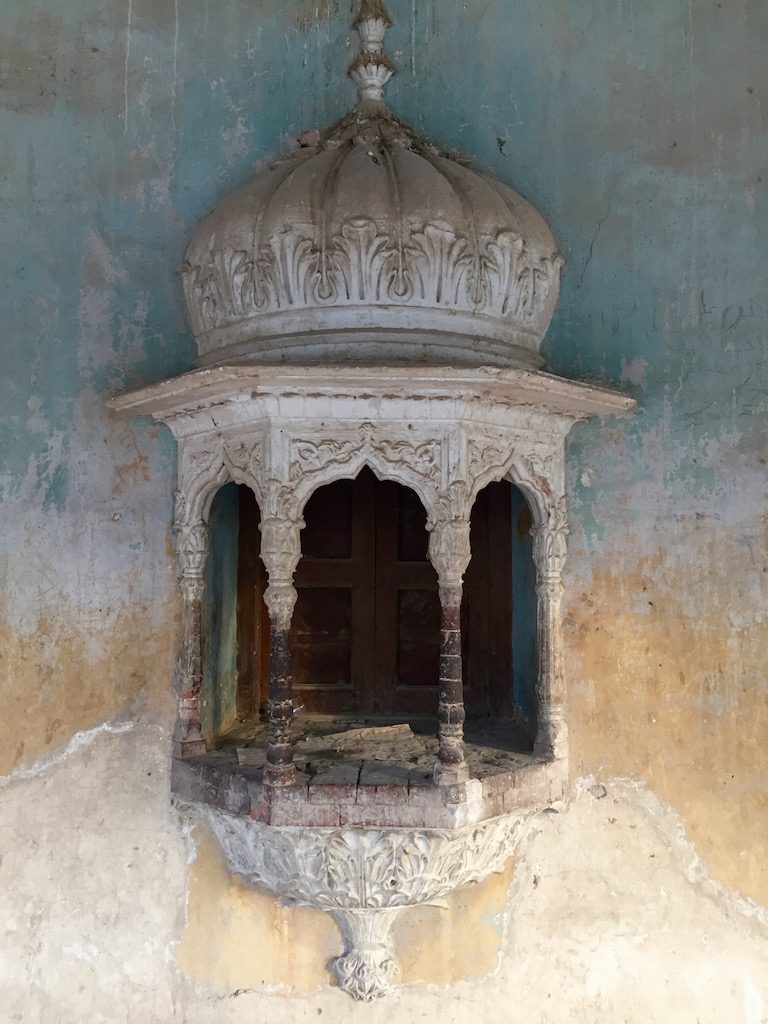 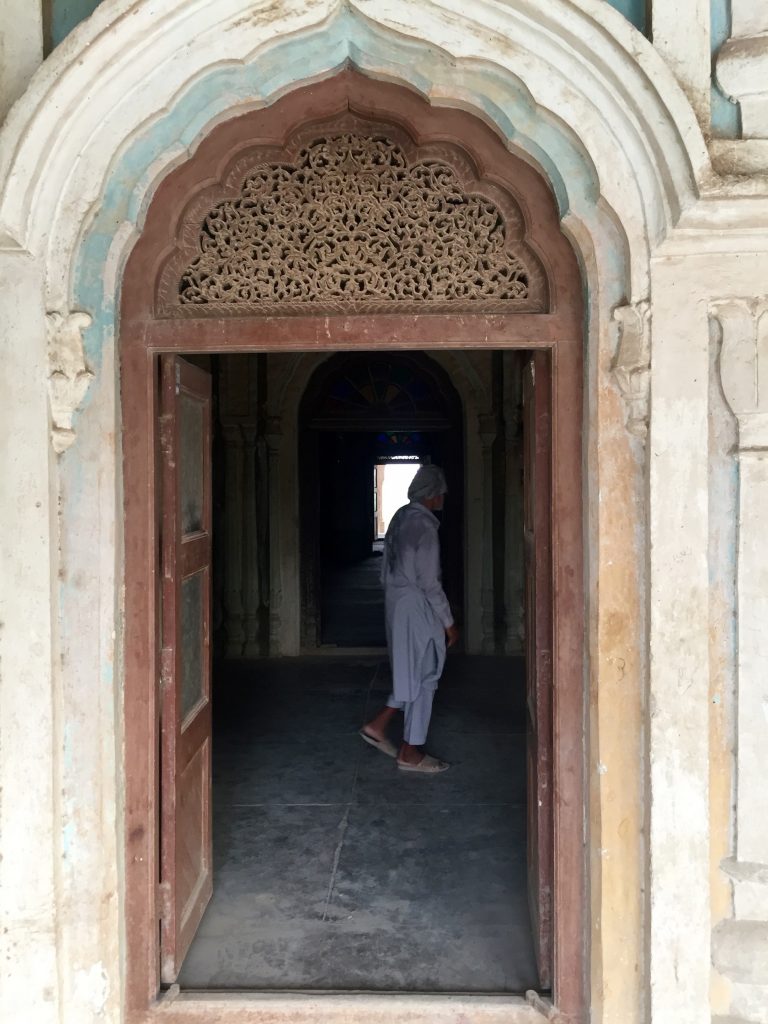 Lattice work above doorways enabled airflow inside the darbar.