After the humiliating white-wash meted out to Pakistan  by Bangladesh in the recently concluded ODI series in Dhaka, team green came back strong against another minnow, Zimbabwe. The format was the same but this time Pakistan was playing on its home soil which marked the end of the six-year international cricket drought in the country.

Pakistan claimed  a victory, not a convincing one, against Zimbabwe in the first ODI of the three-match one-day series at Lahore’s Gaddafi Stadium on a completely flat track.  Roars and cheers from an excited crowd were common, prompted by the  frequent boundaries hit by batsmen from both teams. But was this competitive cricket?

The Pakistani team is currently going through a rebuilding phase and the decisions of the board management, from the choice of a qualified captain to improving team performance, must be based solely on merit . The drubbing at the hands of Bangladesh in the ODI series brought Pakistan to the brink of expulsion from the Champions Trophy unless we trump Zimbabwe 3-0 in the limited-overs series.

Let’s recall what happened in Bangladesh. It was the nature of defeat in the neighbouring country that drew such a scathing response from fans as well as former cricketing greats.

Azhar Ali’s recent elevation to captaincy was surprising, to say the least.  Then along came his first challenge: the ODI series against Bangladesh which was  doomed to failure. All  three matches virtually ended up as one-sided contests. Pakistan lost the first game by 79 runs while chasing down a whopping  350 runs. The second ODI added more to the disappointment of the national team and Bangladesh won  by seven wickets with 71 balls to spare while chasing a 240 run target. The third game made history, rubbing further salt into the wounds of Pakistani fans, when Bangladesh dealt us another convincing defeat, this time by eight wickets with 10.3 overs left in a chase of 250 runs.

Like his predecessor Misbah-ul-Haq, Azhar Ali too fought well personally and emerged as the top scorer of the series with 209 runs, including a century in the third ODI.  Ali, who promoted himself up the order, managed a decent strike rate throughout the series  but the  flaws in his captaincy were glaringly evident. The inability to make tactical field changes, galvanize players into action, and to take quick decisions were some of the apparent failings that contributed to the  debacle.

The Pakistan Cricket Board appointed Azhar Ali as ODI skipper describing him as  ’calm and composed’ after a seasoned Misbah-ul-Haq relinquished the one-day charge and retired from the format, following Pakistan’s exit from the World Cup in the quarter-finals stage. The choice of new skipper came as an utter surprise, considering the presence of experienced and vibrant players like Muhammad Hafeez and  Fawad Alam, who would have certainly been better choices.

The irony is that Azhar Ali did not even figure in the 30-probables of the World Cup team. Had Ali really been captain material, why didn’t he catch the eye of the selectors for that mega event? But queries to this effect were side-stepped by the board whenever raised. 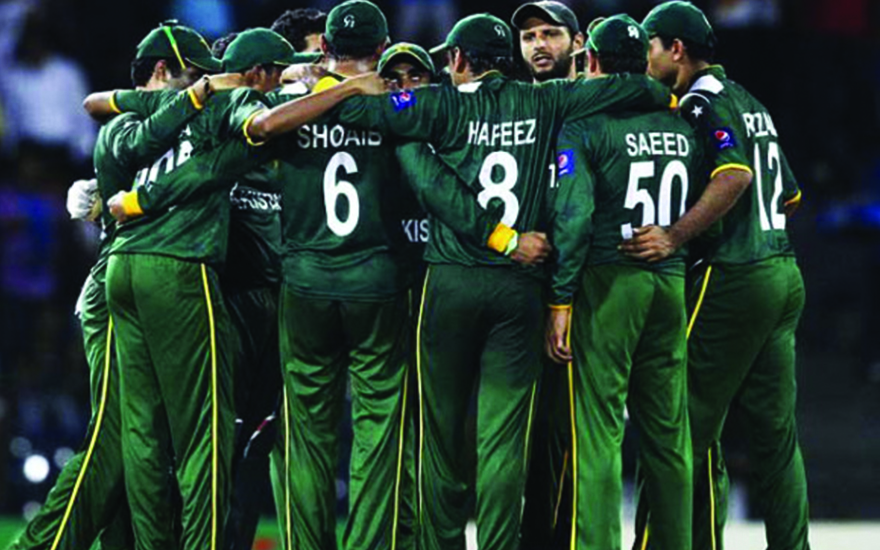 Soon  after Ali’s promotion, rumblings were in the air that head coach Waqar Younis was the key force behind the decision. The reason cited was  Ali’s ‘non-interfering and calm character’ and his purported ‘yes-man’ approach. Ali could certainly be a candidate  for captain had the team management groomed him for some time and given him proper chances in the ODI side. But Azhar had played a mere fourteen ODIs by March 30, 2015 (the day when he was appointed ODI skipper) . And he had  last played a one-day match in January 2013 before taking charge this year. It’s interesting to note that Ali’s ODI strike rate had always blocked his chances of making it in the limited-overs format.

Modern day ODI cricket is evolving so fast that even an average strike rate of 40 for a player  doesn’t make much difference to overall team performance. It was a regular feature of the Pakistan side under Misbah to see the skipper standing out as the lone fighter in matches, while his team mates failed to make their presence felt. A new captain has now been  installed but the script remains the  same.  Ali himself performed well in all three matches against Bangladesh, but the rest of his team  faltered.

Obviously, team management needs urgent attention. This is no time to play favourites and any player who is under performing should be shown the door to jolt him out of any complacency.

Pakistan put up a good show against Zimbabwe in the first ODI by scoring 375 , the highest score at home.  But in turn, Zimbabwe also crossed the 300 mark, reaching 334 with only five wickets down. This raised some questions about whether the team had a definite plan to contain Zimbabwe and was the captaincy up-to-the-mark? Competitive cricket can never be played on a pitch that is a batsman’s paradise, where the impact of even very good bowlers is neutralized. This is exactly what happened at Gaddafi Stadium.

Moreover, the role of a captain is to inspire the team, to infuse fighting spirit. A calm, composed nature doesn’t necessarily warrant success. Perhaps a more aggressive approach is the need of the hour.