More Questions Arise in US after PNS Mehran Attack 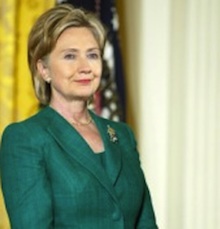 These days, though not for flattering reasons, Pakistan is regularly the focus of international headlines. The recent attack on the PNS Mehran naval base in Karachi has garnered more attention for Pakistan and raised more eyebrows about the stability of the nation. Like other places, the print media in the US criticised Pakistan’s alertness and ability to defend itself against terror, while questioning the motivation of its people in the fight against militancy.

The fact that such a small group of militants could enter and engage what many people have long-believed to be one of the best-trained armed forces in the world for almost 17 hours raised “new questions about the military’s preparedness,” wrote the LA Times in an editorial. These “new questions” are the second of back-to-back embarrassments that the Pakistani military establishment has had to endure. The stealthy nighttime raid by the US on Osama bin Laden’s hideout in the vicinity of Pakistan’s premier military academy (without the co-operation of, or a reaction from, the Pakistan army) was the first.

An Associated Press report noted rising speculations of possible insider help in the attack on the Navy base. “The military is Pakistan’s most powerful institution, but it too has been infected by the anti-Americanism and Islamism coursing through the country over the last 10 years, especially in its lower ranks.” The report, published in The Washington Post, went on to suggest that Osama’s killing has only “exacerbated this anger among many soldiers.”

For many, in both the US and Pakistan, the success of the May 22 attack on PNS Mehran also suggests some complicity from within the armed forces. And militant ties are something the US has been talking tough about recently, especially after the Osama raid. On May 27, during their visit to Islamabad, U.S. Secretary of State Hillary Rodham Clinton and Adm. Mike Mullen brought this up again. “The pair hammered home a warning that lower-ranking US officials have been making to Pakistan since the bin Laden raid: The billions of dollars in military and development aid that flow to Pakistan annually will dwindle if Pakistan is seen to play both sides,” reported Time.com.

Interestingly, though there has been acknowledgment that sympathies for violent militancy are not widespread, there is also awareness that the militants do indeed have supporters among the public. The Huffington Post featured another story from the Associated Press that noted that even though the Pakistani Taliban and other militants lacked any significant public support in the country, authorities struggled to convince the public of the need to actively fight them: “The militants’ identification with Islam, strong anti-American rhetoric and support for insurgents in Afghanistan resonates with some in the country.”

We know that militants from certain terrorist groups are no less than trained commandos and have military-level training. But even if they did, would Taliban militants have a reason to target the Navy? Robert Mackey from the NY Times thought they had a reason. He wrote in his blog, “Well, despite the widespread assumption that the Pakistan Navy only patrols the sea, one Pakistani journalist pointed out on Monday that the navy’s chief of staff said recently that the service had used the American-supplied P-3C Orion surveillance aircraft destroyed in the attack to help fight Taliban militants ‘in the mountains.’”

The US media reaction to all crises in Pakistan never fails to eventually focus on the safety of Pakistan’s nuclear arsenal. Even in the wake of Benazir Bhutto’s assassination in December 2007, the security of the nuclear stockpile was questioned. The Islamabad correspondent for The Washington Post, Karin Brulliard, wrote about the sheer embarrassment the attack had caused to the Pakistan Military, and added, “The bin Laden raid also raised questions about the safety of Pakistan’s nuclear arsenal, and defence analysts said the Karachi assault renewed those doubts.”

This time, though, even international leaders publicly echoed this refrain. The Associated Press reported that NATO Secretary-General Anders Fogh Rasmussen, during a news conference in Kabul, said that he was concerned about the safety of Pakistan’s nuclear weapons.

Pressure on Islamabad is definitely high. US Sect of State, Hillary Clinton, repeated in a recent statement that Pakistan needed to show more resolve in the fight against terrorism. She however praised Pakistan for eliminating “more terrorists than anyplace else in the world.”

The media also highlighted the statement by Chief of Navy, Admiral Noman Bashir, on the lack of a security lapse and the sluggish response in evaluating the attack. “The civilian government has called a defence committee meeting for Wednesday, two days after the assault, showing a surprising lack of urgency. The military has remained silent,” noted Reuters. Make no mistake, the competency of Pakistan’s military is being questioned on all fronts.

Amidst this humiliation for Pakistan in the international media, Interior Minister Rehman Malik’s description of the terrorists as “Star Wars characters” provided some comic relief (albeit, also embarrassing for Pakistan). In his NY Times blog, Robert Mackey reproduced a tweet from Omar Abdullah, the chief minister of Indian-administered Kashmir: “I’m just glad he’s blaming the aliens and not us. That’s a huge improvement in our relations.” The media did point out, however, that many common Pakistanis do blame the assault on the US, Israel and/or India.

Indeed, Pakistan is in the hot seat again. And the intense negative coverage and criticism of the country (no matter how appropriate) is, to say the least, an unpleasant experience for its citizens. If one thing is clear, it is that the common Pakistani needs to awaken to fact that the real threat to it is close, not far. To prevent any further decline of Pakistan’s image in the international arena will require Pakistanis to waste no time in making that identification.