Why the Karachi Biennale made me fall in love with art again. 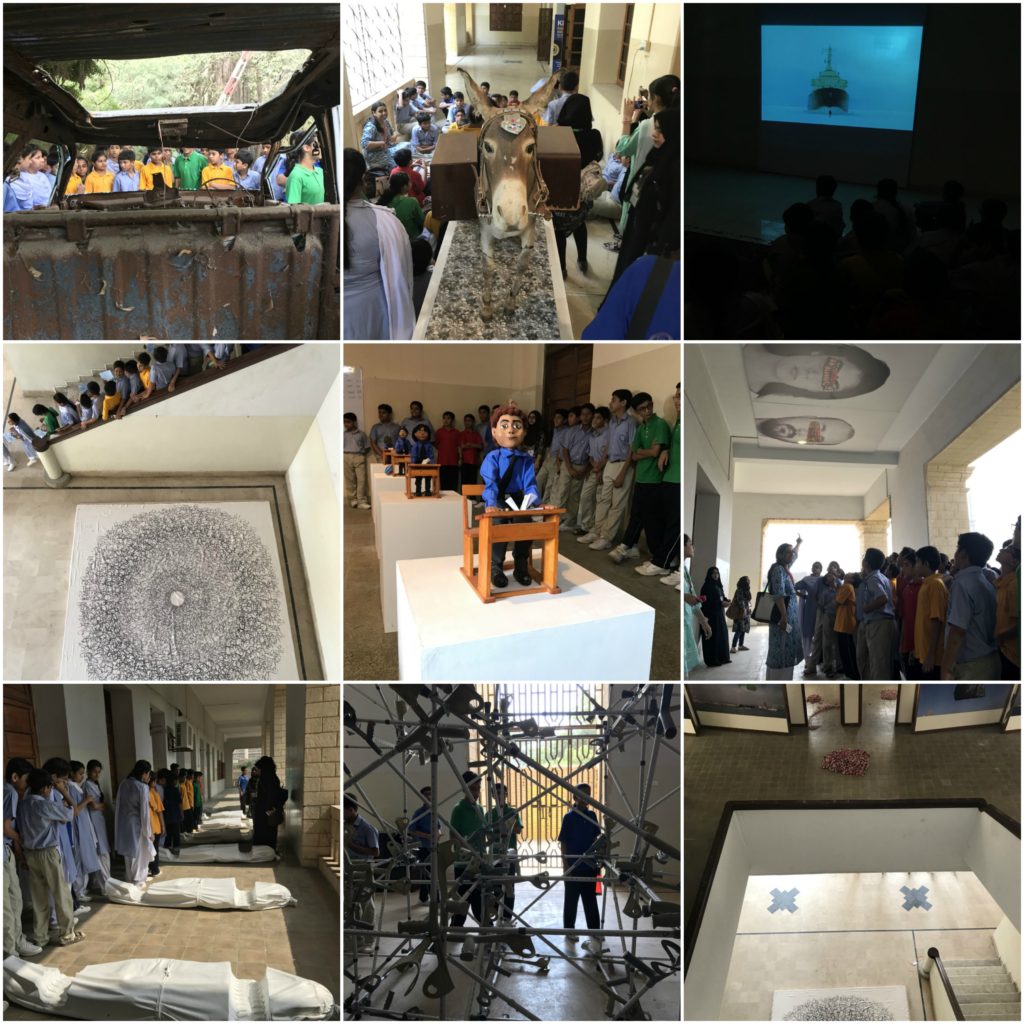 I’ve been feeling pretty jaded lately. It’s that almost middle aged time of life – when everyone says you’re not old but you’re pretty certain they’re lying. I mean sure, I’m not as old as my mother. But I’m definitely a lot older than my teenage daughters. And god knows that’s ancient.

Because let’s be honest, the biennale expected effort. It wasn’t in one ‘convenient’ location. It was spread out over several, rather inconvenient ones in fact. It was in heritage buildings one had vaguely heard about, on carefully avoided, congested city arteries. It involved google maps and getting around roads travelled infrequently, if at all – completely off the beaten path for people who, for one reason or another, have cut themselves off from the heart of the city. For people like me. That, combined with my perimenopausal midlife crisis – things were not looking encouraging for me and KB17.

Life, however, has a funny way of dealing with perimenopausal mid life crises. I walked into school the very next day and was informed I had to accompany three bus loads of 7th, 8th and 9th graders to KB17. I will say here, despite everything I’ve said above, I think I was secretly relieved.

I was right to be relieved, as it turns out. The biennale was magical. It was magnificent. In fact, as the guided school tour of NJV began and we learnt that we were standing in the building that once housed the country’s National Assembly, I already had a lump in my throat. We walked through the clean, well kept halls, overlooking neem trees the size of apartment blocks. We giggled at school children puppets that mirrored our lives, at stuffed donkeys and piles of uncut onions. We gazed up at pictures of blindfolded men and Sharbat Gul. We walked through block printed curtains into rooms with videos of dead birds, frozen ships and broken billboards. I felt like I had left the Pakistan I actually live in and landed in the Pakistan I had always imagined I would be living in. Where events of this magnitude were possible. Where society was a lot more egalitarian and you could enjoy an unfamiliar experience. Where different voices spoke out and it wasn’t a headache inducing cacophony – just a pleasant, civilised conversation. There was no stress, no pressure to absorb or display knowledge. You didn’t have to judge or be judged. You didn’t have to like everything, you didn’t even feel compelled to understand everything. And you certainly didn’t have to worry about being or encountering a terrorist. It was an entirely unique and relaxing experience. It took a weary Karachiite completely by surprise. 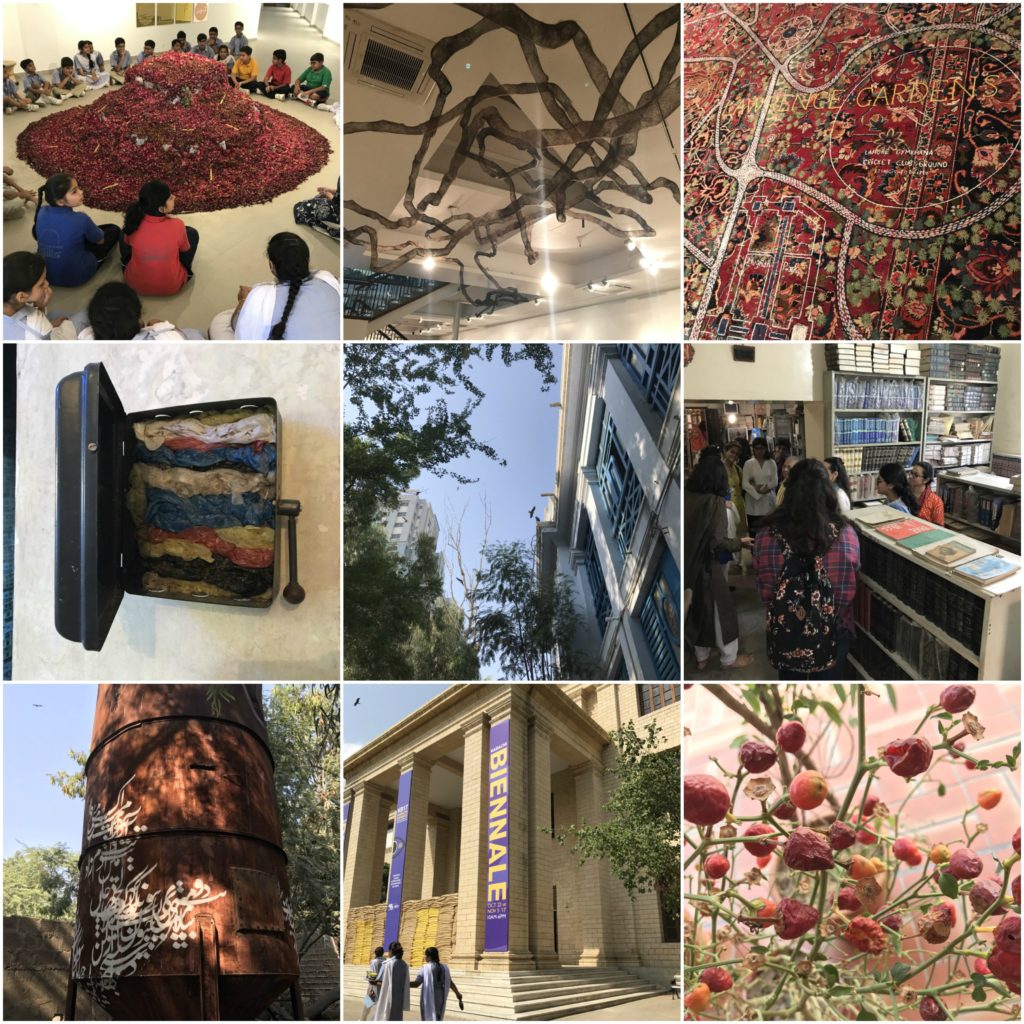 Over the next few days I took several bus loads of children to many of the biennale locations. Each time we were met by members of the education program who walked us through the exhibits. No unnecessary platitudes about the deep and sacrosanct meaning of art. Simple conversations about spices and spaces, history and colour, food and water, seeing and believing. Questioning, by design, the interaction of life and art, subtly revealing how art really is around us all the time, mostly being ignored.

I was so inspired I encouraged all my friends to go. I also accompanied them to some of the locations my school didn’t make it to. Even then I didn’t make it to every location, I didn’t see every piece in great detail. Some pieces spoke louder than others, deserved more time and attention than I could give. I caught only one of the performances – completely by chance – and attended none of the keynote addresses. So much stimulus in so little time can be exhausting – especially for someone who had decided she didn’t want to speak to art anymore. But I was charmed. Charmed that the biennale somehow crept up on us, without too much fanfare, casually meandered through the stipulated two weeks, ended, without too much of a bang, and somehow transformed Karachi’s landscape forever.

I can’t wait to see what happens ten years down the road. Imagine a Karachi with five biennales under its belt. Just imagine. . .