It is Time to Come Together and Save Ourselves 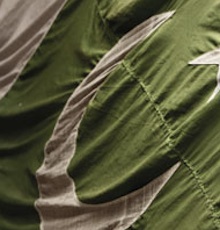 Death is nothing new. For years now, us Pakistanis have been deeply affected by the war on terror. My years at school were marked with bomb drills, not fire drills, as the Taliban expanded and extended past the North West Frontier and came closer and closer to home. I have heard blasts shattering windows and even those did not frighten me as much as the images that came to me Saturday morning as I sat reading the news: images of mutilated and tortured corpses showing up in body bags all over Karachi. This is the war I have feared all my life, and this is a war entirely our own. It is not a war that has built itself up using religion as a weapon. It is a war fought by people who love to hate. It is a war that is fuelled by what seems to me to be the hatred of nothing in particular. It is a war that is far too senseless for me to even begin to fathom.

I turned on the television and forced myself to watch for news updates for an hour, a whole hour, without flipping the channel even once. I forced myself to look straight into the eyes of the mothers, the fathers, the wives, the children of the men whose blood has stained Karachi’s streets. I forced those numbers running along the bottom of the screen to be more than numbers. I gave each number a name, and I gave each name a face. I wanted to know these people and grieve for them as I would for family. For that is what we are, and I wish the killers knew it. We might speak different languages, and we might consider our ethnicities different from one another. We might support different political parties. But, there is one thing we have in common: being Pakistani. It should be enough, but obviously it just isn’t.

As I continued to watch, I wondered where our army was, where our ‘leaders’ were. I wondered why nobody had bothered to put a stop to the ‘target’ killings — individuals are no longer targeted as much as entire ethnic groups are — that have been going on for months now. Eventually, I got my answers, unjustified as they were.

One moment the camera was focusing on Karachi’s tear-streaked faces and then, in seconds it shifted. The faces were still there, still tear-streaked but the location had changed — to Peshawar. The bright text running along the bottom of the screen read, “Blast at mosque leaves 51 dead.” This time the blood was being washed from the mosque’s marble floor, instead of from the gravel of Karachi’s roads.

It didn’t end there. Next were the floods that have devastated hundreds of homes in Badin. Everywhere it seemed, in every province, a different war was raging. I remember when the rioters stormed London last month. I remember thinking how a bit of Karachi seemed to have visited London. I was wrong to draw such a comparison. The rest of the world has the ability to recover, but how can we recover when our tragedies don’t stop? Where else in the world is a single country suffering from weekly blasts, daily target killings, devastating floods…the list goes on. We’re on our own here. For a minute I thought maybe our government was too overwhelmed, maybe all this is just too much for them to handle.

I can’t, however, bring myself to sympathise with a government like our own; one that I believe has never tried hard enough. I couldn’t believe it when Interior Minister Rehman Malik said last month that the target killings were mostly a result of wives and girlfriends eliminating their partners. With statements like that can you blame a nation from refusing to believe that the government is trying at all? Can you blame a nation for longing for the military dictators of our past? I’m all for democracy, but this particular democracy, ours, has failed us.

In fact, we’ve failed ourselves. Look at Anna Hazare, who has starved already for days on end, and who still refuses to eat until his country passes serious, tough laws against corruption. In the past days, I have seen people joining Facebook groups and Facebook events that call for a revolution. We, the people, we have great power. Look at Egypt and look at Libya. This is our country, and if we’re not going to rescue it, nobody will.

Did you know that Karachi observed a day of mourning recently? That over 100 people were killed over a seven-day period? That tomorrow, we will probably wake up to find the death toll to have increased yet again?

Let’s start there: let’s show our government and each other what being a nation means. Let’s find a leader who can really represent us, and a government who will work for us and with us.