Gallup: US Muslims Satisfied with Lives and Hopeful about Future 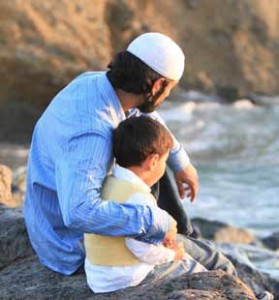 A report released last week by the Abu Dhabi Gallup Center, a regional hub for the international polling organisation Gallup, provides extensive data about the lives of Muslim-Americans, including some facts that challenge conventional expectations of how Muslims in the US feel and how their fellow Americans view them.

Muslim Americans: Faith, Freedom and the Future focuses on what the Muslim-American experience is like a decade after 9/11 “pushed [the community] into the limelight…from its place of relative anonymity.” Many in Pakistan bemoan the lot of Muslim-Americans, seeing them as a marginalised community targeted by neighbours, employers and governments alike. While Islamophobia plays a significant role in the lives of Muslim-Americans and daily battles have come to be taken for granted, this report suggests that the Muslim community in America is not only very patriotic but also hopeful:

“While they continue to experience some perceived bias, both in their interactions with other Americans and in their exchanges with law enforcement, Muslim-Americans are satisfied with their current lives and are more optimistic than other faith groups that things are getting better.”

“While Americans in every major religious group rate their current lives about equally, Muslim-Americans are unique in the level of optimism they express about the future. Regardless of religious affiliation, Americans rate their lives about a ‘7’ on a 0-to-10 ladder scale and expect to be even more satisfied five years from now. No other religious group, however, expects things to improve as much as do Muslim-Americans. On average, they expect their lives to be an 8.4 out of 10 in five years.”

At the same time, the community remains aware of how difficult the America-Islam relationship has become. The study evinces that the group reports lower levels of trust in the US military than other major religious communities and also shares a greater consensus that the Iraq war was a mistake:

“While a substantial proportion of Americans of all major religious groups now see the Iraq war as a mistake, this view is most prevalent among Muslim-Americans (83%). US Muslims are also the most likely (47%) to believe it was a mistake to send forces into Afghanistan.”

From the American standpoint, the most significant finding may be that “Muslim-Americans are…the least likely major religious group in the US to say there is ever a justification for individuals or small groups to attack civilians.” In most other groups, the proportion that believes that assailing civilians can be justified is at least double the 10% prevalent in the Muslim-American community.

Such statistics are highly useful in helping break down what remains of anti-Muslim paranoia and bias in the United States. A small but scary fringe of anti-Islam proponents remains on the national stage, exemplified by individuals like Republican Presidential candidate Herman Cain. Cain has only recently apologised for prejudiced comments he made on the campaign trail about Islam being incompatible with the American way of life and his determination to never employ a Muslim in his administration.

For now, with such statements condemned almost as soon as they are uttered, the Gallup report shows that Muslim-Americans as a whole “have rising life evaluations.”