Return of the Winged Visitors 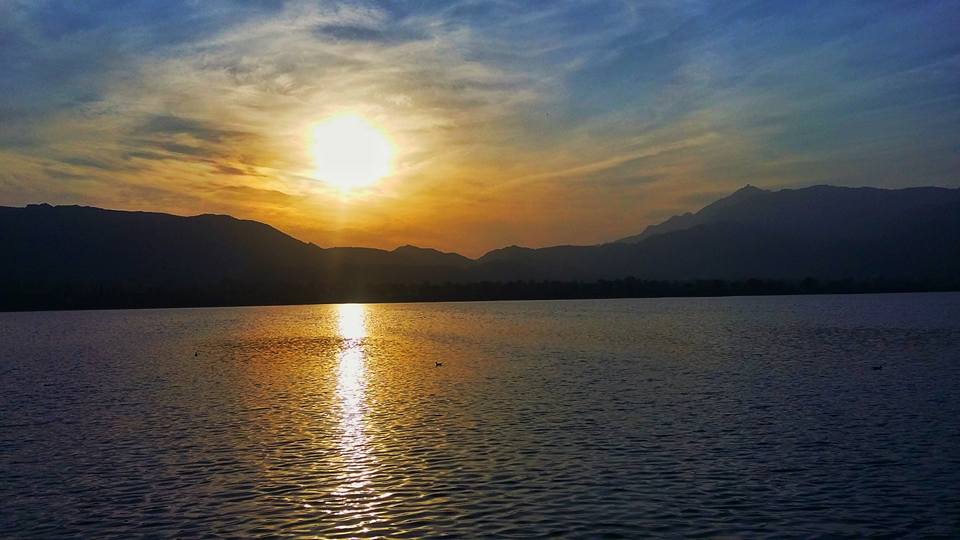 In a world where boundaries for humans are constantly shrinking as a result of warring ideologies, some of God’s creation still call a stretch spanning from Siberia to South Asia home.

The migratory birds arrive in the country, covering an approximate distance of 4,500 kilometres via Migratory Bird Route Number 4, commonly known as the Indus Flyover. This famous route allows the birds to escape from Siberia’s extreme winters and travel over the Karakorum, Hindu Kush and Suleiman Ranges along the Indus River to warmer delta areas.

Given Pakistan’s geographic location, we lie at the crossroads of the birds’ migration path. Hosting them should be considered a privilege as these guests bring beauty and ecological benefits for our wetlands. One such spot is the triple complex in the Soon Valley, Punjab. The triple complex consists of the Uchali, Khabeki and Jhalar lakes (Uchali being the biggest lake of the three, covering an area of 950 hectares). The triple complex was declared a Ramsar Site, a wetland of global importance in 1996, giving it the status of a wildlife sanctuary.

This is a key biodiversity hotspot in Punjab province. Part of the Salt Range ecosystem, it is the highest section of the entire range with an average elevation of 800 metres above sea level. In addition to the lakes, the area boasts a forest tract, which is the largest single compact block of scrub forest, known as “sub-tropical broad leaved evergreen forest” in the province. In 1984, the Chinji Forest was notified as a national park.

Along with 173 avian species that are the highlight of this area, there are mammal species (Punjab urial, wild boar, Asiatic jackal, cape hare, mongoose, pangolin and the red fox) to be found here, adding to its diversity. The winged guests grace the lakes from November to March annually. This important wintering ground hosts a wide range of birds including the greater flamingo, common coot (maximum population during the season), common sand piper, great cormorant, common teal, mallard, northern pintail, gadwall and common black-headed gull. A number of globally threatened and near-threatened species including the white-headed duck, ferruginous duck and common pochard also make their way here.

Dr Farooq Ahmed, a local of the valley who has worked as a conservation officer for WWF-Pakistan for approximately a decade, shared that more than 50 different species visit the area during the season and at any given time there are approximately 50,000 birds on these lakes. He also added that the most important bird that visits the area is the globally endangered white-headed duck. During the nineties, the number of visiting birds was estimated to be more than 100. However, in the recent years it is sadly limited to around 10 to 12 birds.

In recent years, environmentalists have noticed an alarming decrease in the numbers of migratory birds. This habitat faces multiple threats that are damaging the ecosystem both individually and collectively.

One of the key issues is illegal hunting. It is believed by locals that this practice caused birds to change their route as they avoided the area where they felt threatened. But Dr Farooq adds that in the recent times, illegal hunting has decreased considerably and a lot of credit goes to the work done by WWF-Pakistan on ground with the local communities. With increased awareness, locals now take full ownership and understand that the health of this natural resource is connected to their own. A few years ago, due to the community’s strong opposition, the provincial government had to stop issuing hunting permits in the area.

Other threats include deforestation, land reclamation and degradation of the habitat due to climate change, pollution and intensive agriculture. 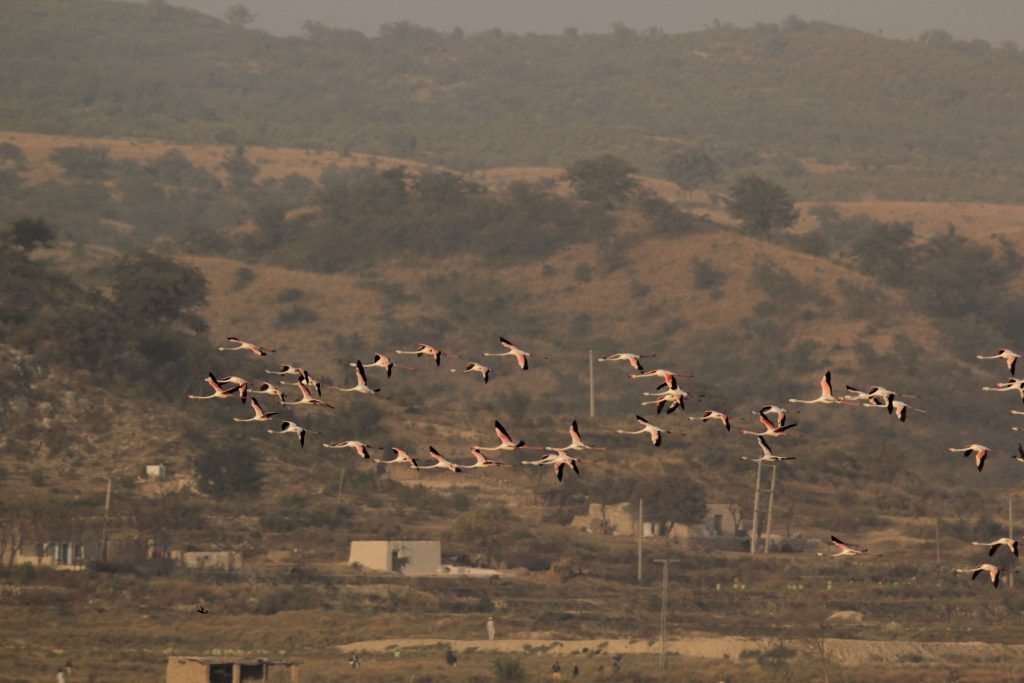 Deforestation adds to the issue of climate change by raising temperatures and at the same time causing erosion resulting in sedimentation which turns the lakes murky. Climate change is a very serious threat and the area underwent a drought during this year’s migratory season, a repeat episode that was faced between 1997 and 2003. Intensive agriculture is another looming problem. Cabbage and potatoes are planted off-season in the surrounding areas which puts additional pressure on the water bodies.

Among the triple complex, Uchali Lake is the main tourist spot and the most foot traffic is seen around local festivals and holidays. To accommodate this influx, the race for blind development needs to be controlled before it develops into an eyesore. A case in point is Kalar Kahar Lake, which has lost its charm. Tourists too need to be educated and practice their civic duties and clean up after themselves. WWF-Pakistan has installed dustbins at the facility but sadly, one often witnesses rubbish piled up outside the bins and floating at the edge of the lake!

The valley’s population is spread between 34 villages and small surrounding settlements in the forest areas. They are the keepers of not just the biodiversity but also of the rich cultural heritage of Soon Valley, as the area holds historical and archeological importance. Links have been found to the Buddhist and Stone Age era. 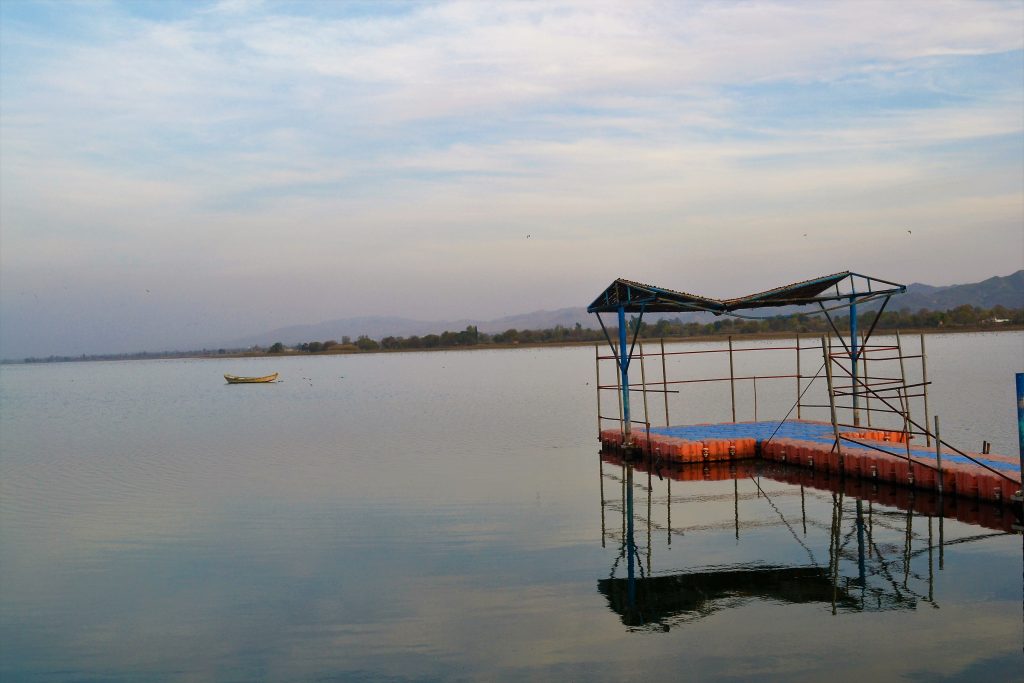 My visit to Uchali lake during the migratory season was a mesmerizing experience.When the sun set on the lake and as the sky changed colours, a sense of calm engulfed the surroundings. The whoosh of the breeze mingled with the chatter of birds to form a melodic background score, to which even the sound of the motor boat seemed in sync. As the sky turned black, lights began to twinkle from the nearby hills. One belonged to a mosque where, according to local lore, the emperor Aurangzeb once said his prayers.

A lone, bright star in the sky seemed like a beacon of hope for those of us working for conservation. Despite their declining numbers in the previous years, we have been informed that this year comparatively more birds arrived. I said adieu to our guests with the hope that with continued efforts humans and nature will learn to live in harmony.